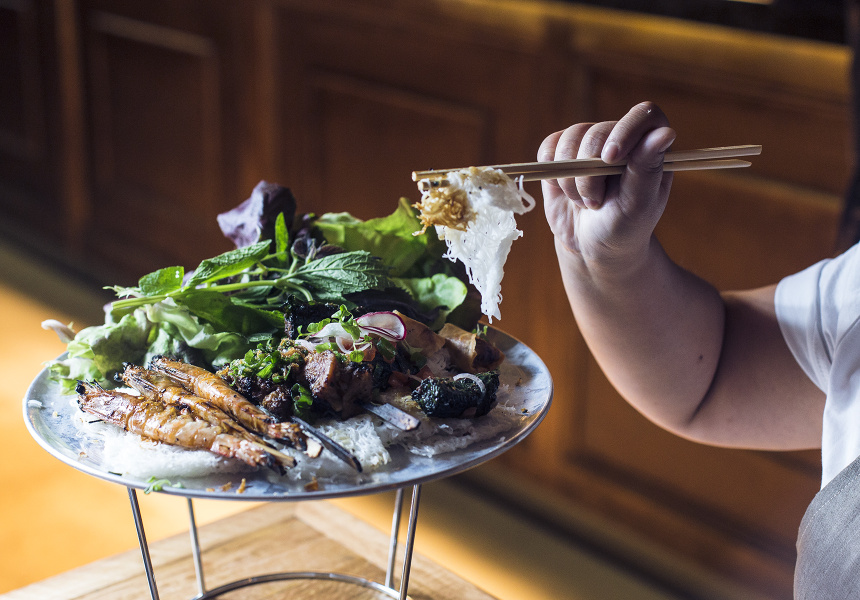 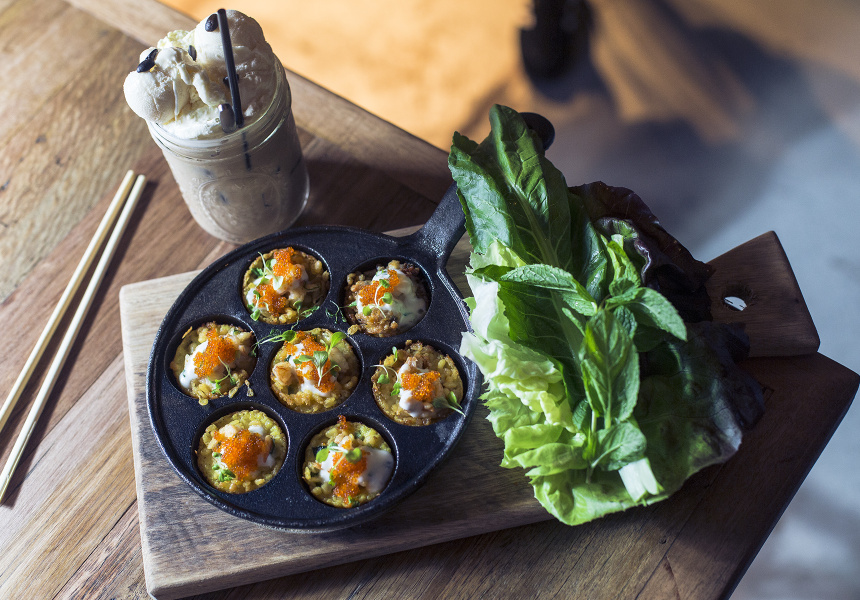 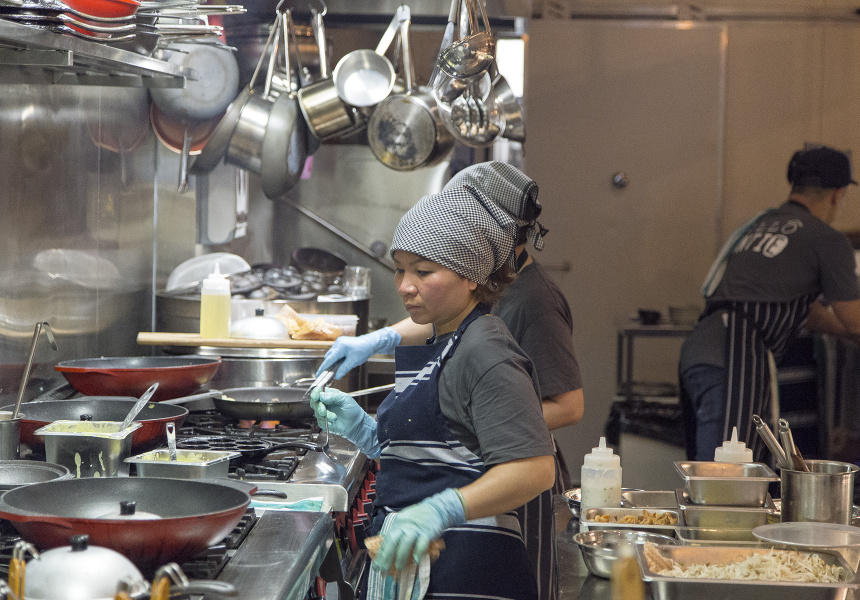 Cuong Nguyen’s family came to Sydney when he was one. Now he is part of the new wave of Vietnamese restaurants. Like Số9 and Mama Linh’s, Nguyen’s new Marrickville restaurant, Hello Auntie, serves traditional Vietnamese food, but in a modern context.

In the kitchen with Cuong is his mum, Linda Tran. “I didn't respect my cuisine before,” says Nguyen. “I didn't think there was anything special about it until I stopped working in the industry. Then I started eating my mum's food and I was like, ‘Fuck, this is alright!’ And I wanted to learn how to make it.”

The food at Hello Auntie isn’t made exactly from his mum’s recipes, but it isn’t fusion either, a word Nguyen isn’t a fan of. He says the difference isn’t in the style but in the ingredients and the delivery. “We're really produce driven. The only thing not done in-house is the noodles, everything else, we make fresh here.” The other point of difference is the service and décor. There is wooden benchtops, dim lighting and a team of waiters who seem genuinely enthusiastic about the food.

At the centre of the menu is the barbeque. Almost all of Nguyen’s dishes feature pork, beef or seafood that’s been spiced and grilled with a live flame. The rice paper roll kit comes with a massive spread, including whole prawns, chicken skewers, spring rolls and beef wrapped in betel leaves. The paper arrives stiff and flat next to a bucket of hot water, the idea being to dip them in only for second, lay them flat and fill with whatever piece of meat you want, herbs, Nguyen’s nuoc cham and a hunk of crisp lettuce. The pho is based on Tran’s traditional stock (the restaurant is only doing beef), the recipe for which is unknown even to Nguyen. The meat is the point of different there – Nguyen braises short rib and torches it for each order to add a smoky flavour reminiscent of Japanese buri.

“It’s like George Calombaris; he came from an English and French culinary background and then he took everything he learned and applied it to the cooking of his culture,” Nguyen says. Nguyen trained in Italian and French cuisine. After closing his Japanese-Italian “fusion” restaurant, Edamame, he was out of the industry for a while. Then his mum approached him with an idea. “Mum was retired, she got bored. She's like, ‘Oy, d'you ‘wanna do something? Let’s do a little Vietnamese street-food joint’.” They agreed on four things: banh xeo (crispy pancakes), banh khot (Vietnamese pikelets), pho and DIY rice paper rolls. “We just took the things we like eating and what we grew up eating,” says Nguyen.

Nguyen says when his liquor licence comes in (likely to be this week) he’s going to have a small range of cocktails with live flairing on Saturdays.