A Vermouth Bar and Restaurant by Bar H Opens

Dry Martinis and vermouth mussels in nettle-butter while overlooking the water. 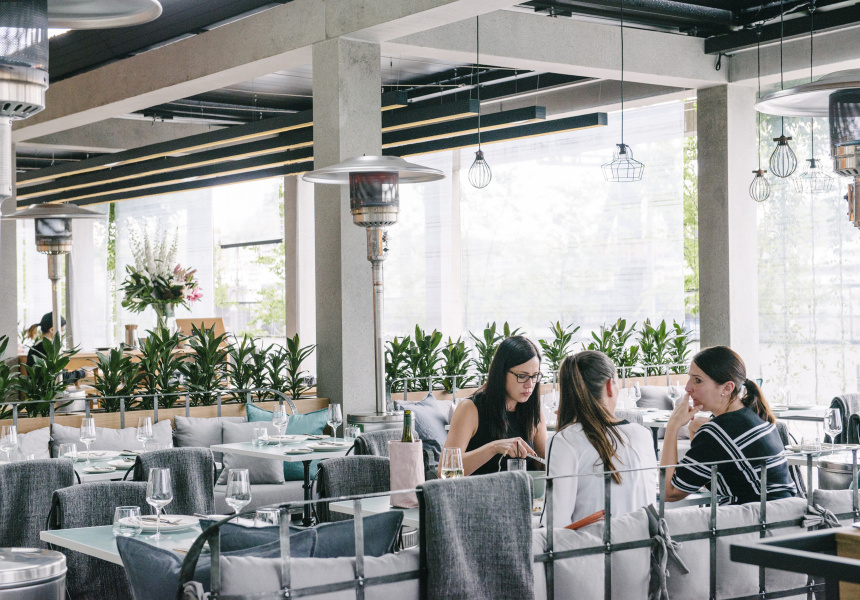 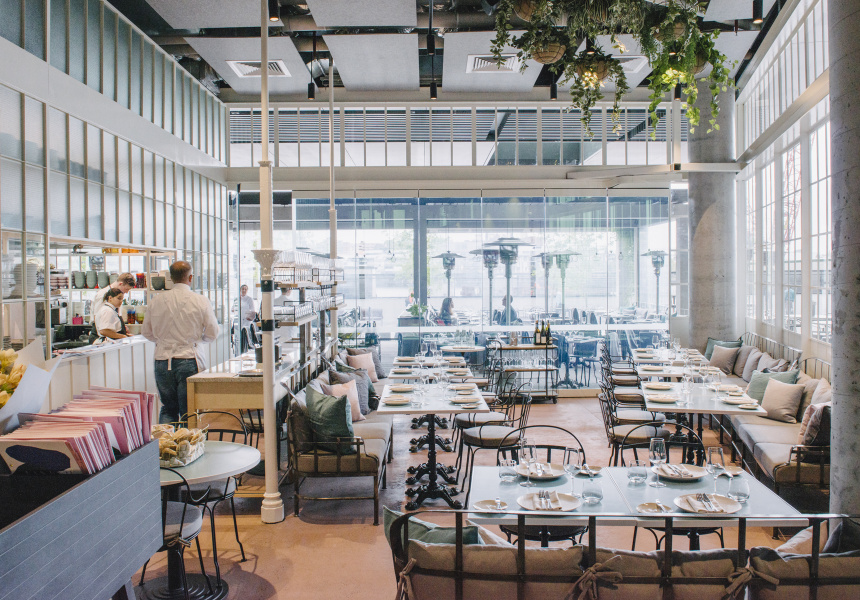 New restaurant Banksii is a seaside greenhouse. It’s flush with sunlight, surrounded by glass, painted with the pastel colours of the seaside bush and looks onto the harbour. Botanicals are infused into the wine, cooked in seafood broths and mixed into Martinis.

The inspiration here is vermouth. The botanical-heavy, fortified wine hasn’t had much time in the limelight in Sydney. Now there’s a restaurant and bar dedicated to it. The idea comes from Bar H owners Hamish Ingham and Rebecca Lines. “We wanted to showcase vermouth and it snowballed from there,” says Ingham of Luchetti Krelle’s design. “It had a bad rap because of all the grandmas with oxidised vermouth in the back cupboard,” he says. “Now everyone is getting into it.”

The kitchen forages and the produce it finds and uses represents the locality its staff members work in. Bar H does this too, but Ingham says the final product will be completely different. “Bar H is modern Asian-Australian; this is modern Australian-Mediterranean. It's the polar opposite.”

Try Sydney rock oysters with dry vermouth and foraged lantana flowers. And crisp sardines with a smoky roast-garlic aioli. The rest of the menu, as modern restaurant culture dictates, is for sharing. Local greens are mixed with cheese and baked in a pie; a kangaroo carpaccio is balanced with pickled radish and nasturtium; and mussels are cooked in white vermouth, huge green olives and nettle butter. “The vermouth opens the mussels and gives a dry sweetness,” says Ingham. “There’s vermouth in a few things but not everything, we didn’t want it to be excessive.”

The desserts will be grandma-inspired. “We've got a trifle with vermouth sponge, burnt-vanilla custard and rosella-and-raspberry jelly, and my grandma's caramelised pear and rosemary cake,” says Ingham. The bar pours a wide selection of vermouths (including a Banksii-branded drop made with Maidenii); a good non-fortified wine list (including some on tap); and a long and impressive cocktail menu including two Spritzes, a vermouth dry Martini and several botanical-inspired mixes.