Vegan Lunch Boxes Pedalled To You

Each meal is ethical, sustainable and, importantly, delicious. 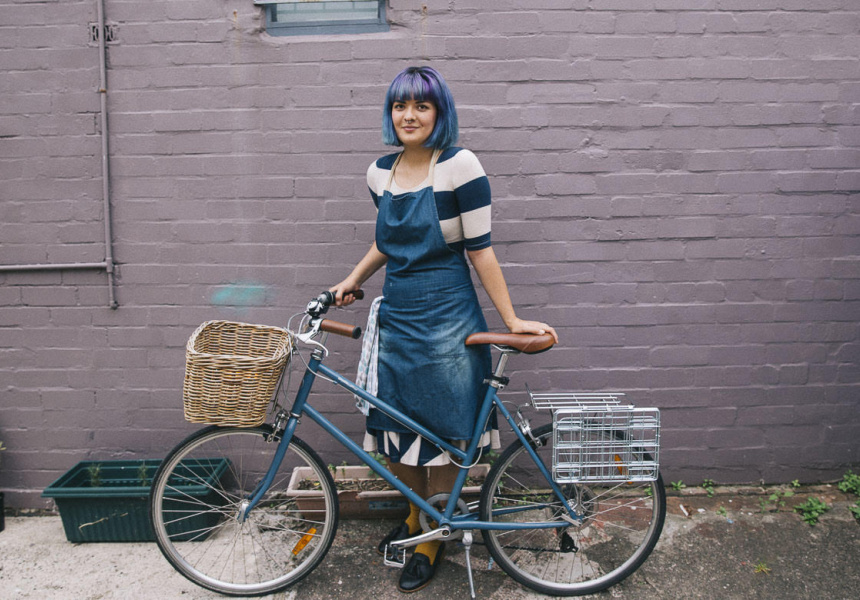 Receiving a home-cooked lunch box at your desk is a pretty sweet deal. Knowing that that meal was made from ethically sourced produce and delivered in an environmentally friendly way is even better.

My Little Panda Kitchen makes plant-based, Indonesian-inspired vegan lunch boxes and transports them by bicycle around Sydney. When Annabelle McMillan founded MLPK, she had her priorities straight. Flavour first, veganism second. “I was never a person to make food that hit you over the head with veganism,” she says.

Up to 50 fresh lunch boxes are delivered in the CBD and inner-city suburbs by four cyclists each day. The weekly changing menu features vegan twists on an array of Indonesian street-food classics. No lunch box is complete without a pun. Order a Rendang & Stimpy (a faux beef and tempeh coconut curry) or try some Waiting for Gadot (a vegan take on gado gado). “Anyone with a taste for existential theatre loves that one,” says McMillan.

Since opening shop last year, MLPK has expanded its services to catering and bespoke vegan cakes. Customers can collaborate with McMillan as much or as little as they like. “Our most popular styles are the ganache colour drips and floral-on-top decorations,” says McMillan. “They’re like Katherine Sabbath’s, but with cruelty-free and plant-based ingredients.”

The wheels keep on turning with MLPK as it plans to upsize to “a small-scale food truck” otherwise known as a cafe on a bicycle. In doing so, McMillan hopes to influence more people with ethical eating habits. “My whole ethos is that you don’t have to miss out on anything by choosing to be cruelty free,” says McMillan. “You can have extravagant cakes and gourmet meals without having to harm other creatures.”