Seek it out out and while away the time at this office cafeteria that puts most to shame. 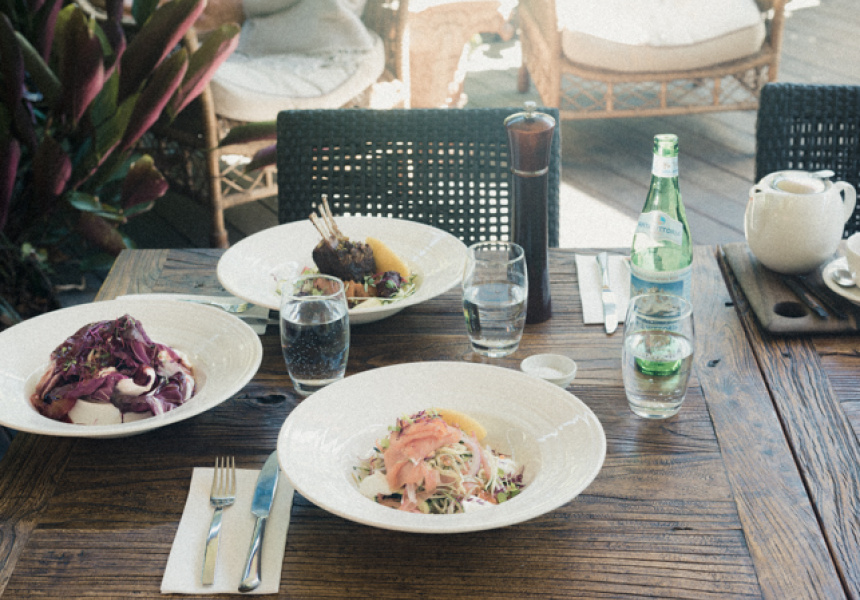 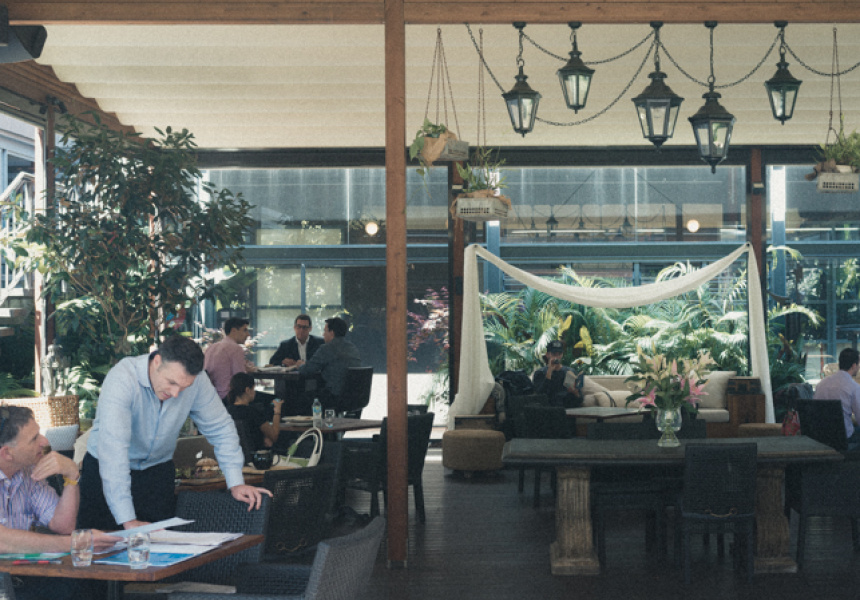 Pressed between two terrace houses on Underwood Street in Paddington is a footpath so inconspicuous that you’d walk right past it if you weren’t actively seeking it out. It’s understandable that Underwood Cafe originated in closed quarters. For 18 months it serviced only the offices surrounding it.

The 80 or so customers it was (and remains) dedicated to, have the freedom to critique and shape the cafe’s fare – a privilege which only really comes after sharing space with others for prolonged periods of time – letting owner Andrew McNamara and chef Chris Holt know when something doesn’t quite work. “It’s contrary to that old-fashioned way of running a kitchen where you’re in the back, screaming, shouting and throwing pans at people,” says Holt, clearly relishing the rapport and dialogue that plays out via his dishes. “They don’t pull any punches when they’re criticising. But then we can develop dishes that we know work and put them out there for the public to enjoy as well.”

The constant tweaking to the dishes falls in line with a pursuit of perfection rather than persistent rearrangement. There’s fantastic dynamic at play within the dishes, with textures, flavours and seasonality working to update classics and combinations of produce that take you by surprise. Think pistachio crumbed lamb with a green summer salad and smashed sweet potato, or a zucchini, smoked salmon, soba noodle salad. With a focus both quality and affordability, meals on the main menu are kept to under $20.

Fitted out by one of the weekday residents, Michelle Leslie, at Curious and the Specimen, the space uses heavy furniture and raw textures, emphasising the abundance of air and space. It’s easy to imagine an early breakfast lengthening into lunchtime over some lazy summer weekend; it feels a bit like a breezy tree-house (without the altitude), invoking the sense that it’s some kind of secret hideout. But the most ringing endorsement? Even the Monday-to-Friday crowd are willing to return to their workplace, on a weekend, just for the food.