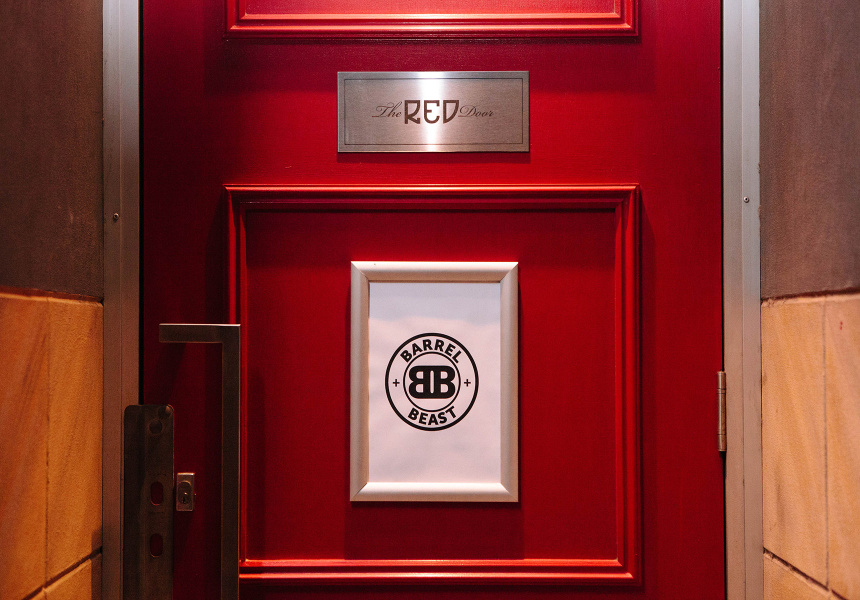 After six months of sell-out success, owner and chef of Pyrmont’s Barrel & Beast restaurant, Jared Ingersoll, is keeping the good times rolling at a new location for the restaurant; the basement bar at Foveaux restaurant in Surry Hills.

This subterranean, low-lit cavern is a touch medieval: sandstone walls, silver goblets and a long, aluminium-topped table featuring 867 nails hammered in by Ingersoll himself. But diners don’t just share a table – they also share food.

“It’s all about making people feel welcome, warm and safe,” says Ingersoll. “This style of eating is something that needs to be looked at more, because it’s an endangered species. We’re becoming so insular and so self-focused that we’ve forgotten the beauty of … breaking bread with a stranger and sharing stories.”

The set menu (usually four-to-six courses) is based on Ingersoll’s philosophy of whole-animal cooking and using local, seasonal and sustainable produce.

Ingersoll sources meat from Marrickville’s Feather and Bone and directly from farmers. One night he’ll serve goat from Buena Vista Farm, the next a pig that’s been raised on a sustainably managed, chemical-free pasture. Winter produce is on show in snacks such as tempura kale with seaweed and in seafood dishes such as smoked mussels with green-onion butter.

Drinks are all about barrel-aged wine and beer, including local, biodynamic wines and some interesting vintage drops. There’s a bigger range of cocktails this time around, which, like the food, let the core ingredients shine.

Ingersoll will also run special events, including chef collaborations and a progressive feast matched with rock and metal music through the ages, which he’s planning with Anthony Huckstep, Daily Telegraph restaurant critic and metal tragic. “We’re trying to give people more than just a meal,” says Ingersoll.

But when spring arrives and flowers bloom, the restaurant will fade as quickly as it appeared, off to a new location. Exactly where is still to be decided, but Ingersoll hints at the north side of town.