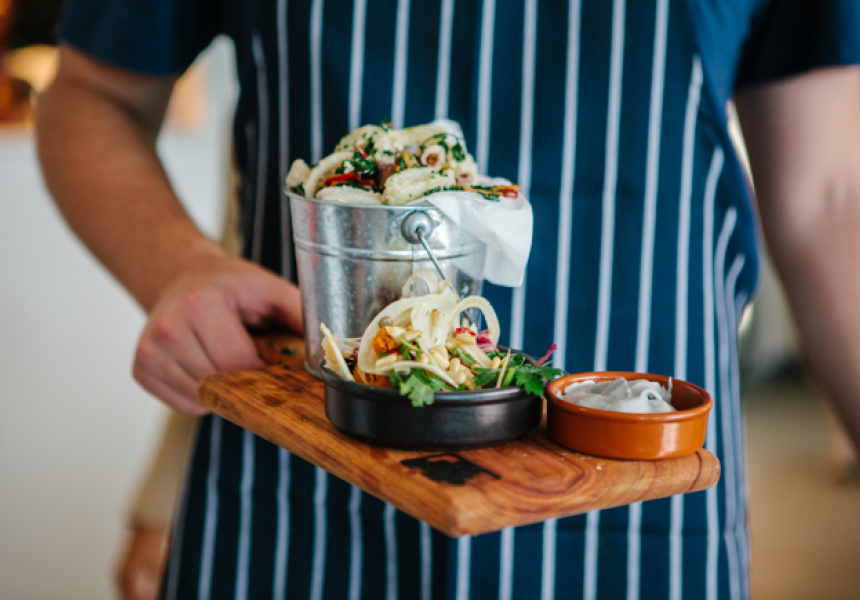 It’s taken a decade for the Boathouse Group to accumulate eight venues, including its most recent acquisition, Palm Beach restaurant institution Barrenjoey House.

The group announced the purchase in early July along with the news Barrenjoey House will be closed for maintenance, repair and interior updates, and will reopen around the same time as the weather turns warm.

But the Palm Beach venue will still be recognisable when it reopens. Group co-founder Andrew Goldsmith says any changes to the Barrenjoey House building will be respectful of its 100-year-old structure. “It’s always had a homey feel, we’ll just make it a little brighter, lighter, with lots of flowers, lots of white,” he says.

The menu is still in the works, but expect plenty of seafood – think beer-battered flathead and chips – and prawn cocktails will replace the group’s signature buckets of prawns.

And while Barrenjoey House easily complements the group’s other venues, Goldsmith says the decision to purchase it was strategic. “We’ve long been customers of Barrenjoey House and we loved the idea of doing a restaurant,” he says. “All our businesses are related – they all have a strong coastal theme – but we wanted to do something different from the cafes ... If we kept doing cafes, people might get bored. We don’t want to be a chain.”

The purchase of Patonga Beach Hotel was equally strategic.

An hour-and-half north of Sydney on the Hawkesbury River, the hotel – which includes a pub and accommodation – was purchased in October 2017 so the group could offer rooms to guests who attend weddings at its venues; it’s only a 30-minute ferry ride from Palm Beach, Barrenjoey House and most of the rest of the group’s other venues.

While Goldsmith isn’t giving away too much about the renovation of the venue formerly known as the Patonga Beach Hotel he says: “Patonga is historically a fishing village and a few boats still go out every day. When they visit, people say it’s like stepping back in time to the 1950s. We want the hotel to capture Patonga's sleepy coastal village spirit."

Like Barrenjoey House, the Patonga venue has a firm identity within its community, so a massive overhaul isn’t part of the plan, says Goldsmith: “We’ve rebranded the hotel Boathouse Hotel Patonga, but Barrenjoey House is staying much the same.”

Barrenjoey House and Boathouse Hotel Patonga are slated to reopen in October 2018.