One is a grand old dame that was almost lost to a 2018 fire. The other is serving Nashville-style fried chicken from Fat Belly Jack’s in Palm Springs-inspired surrounds. 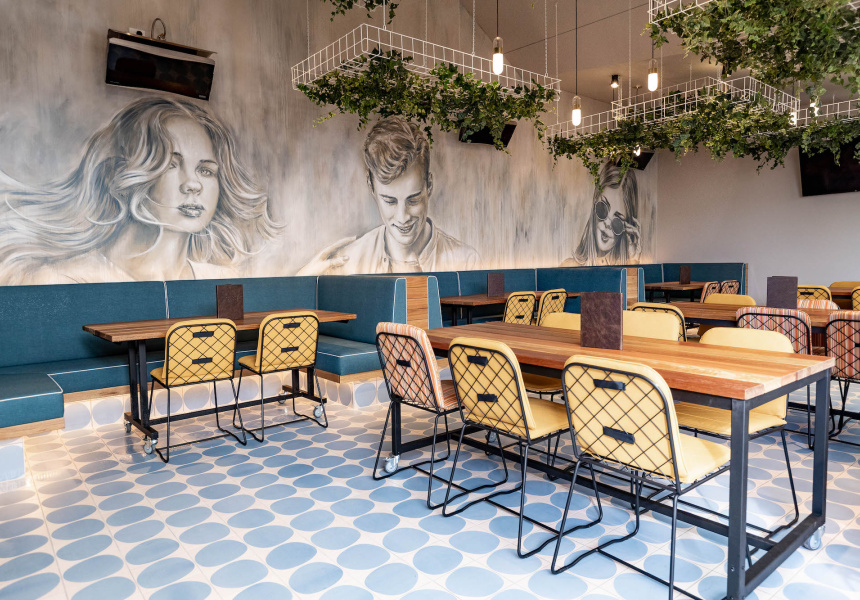 Sydney’s pub scene is constantly on the move – old boozers and newer gastropubs are changing hands constantly. And sometimes when those pubs get new owners, they also get schmick new makeovers. Two such pubs have recently reopened in the inner west – the General Gordon in Sydenham, and the Illinois in Five Dock. Here’s what to expect.

The General Gordon, Sydenham
It’s hard to miss the General Gordon – it’s loomed above Sydenham Station since the 1930s and, until recently, was boarded up due to a 2018 fire. But now it’s open again – with both its front and back bars remaining charred from the flames. The refreshed pub has a courtyard with plenty of lush greenery, a warm bistro and a timber-lined sports bar with historic memorabilia dotted across its walls.

“We are the definition of an all-rounder pub,” licensee Sarah Lewis tells Broadsheet. “Whether it’s catching up with mates in the sports bar watching the footy, meeting family for lunch, grabbing a cocktail out back or having a cold one with your four-legged friend, we have something to suit everyone.”

New head chef Kirsten Baker (ex-Vic on the Park) has crafted a menu of pub classics with Mediterranean touches. A woodfired oven is pumping out pizzas – including a vegan option with a beetroot base – as well as half a roasted chicken, 12-hour beef short rib and wood-roasted pumpkin. There’s also more traditional pub fare such as chicken schnitzel and parmies, and salt-and-pepper calamari.

While the building itself is old, the drinks menu is thoroughly modern. There are 14 beers (“You can go one way or another,” says Lewis. “Sours and seltzers on one hand and [Tooheys] New and Guinness on the other.”) and two wines on tap, as well as cocktail jugs. Its bottle shop is selling Aussie wine – including vegan, biodynamic and minimum-intervention drops.

“We at The General Gordon are all about welcoming the community into our house. It remains a place to feel welcome, safe and unpretentious.”

Illinois Hotel, Five Dock
Until recently, the Illinois Hotel in Five Dock was a tired old boozer and “gentlemen’s club” on Parramatta Road. But its new owner – former Wallabies player Bill Young, who also owns Glebe’s Friend in Hand and Hotel Concord, among others – has given it a Palm Springs-inspired refresh. It now has banquette seating and a sunny astroturfed courtyard, and its original terrazzo-tiled floor has been found beneath the worn-out carpet.

“Anyone who takes on [US burger chain] In-N-Out Burger and survives is worth knowing, I reckon,” Young tells Broadsheet. “The go-to would be the fried-chicken burger with the really hot sauce – it will melt your face off.”

Drinks are being kept classic, with 23 taps, including Tooheys New, Heineken, Little Creatures and James Squire. Also on tap: Margaritas and Espresso Martinis.

There’s a flamingo motif running through the venue – a wink to the ’70s-era Las Vegas Flamingo Hilton – with brass flamingos inlaid into the flooring, flamingo-shaped neon signs outside, a flamingo at the entry and the Pink Flamingo cocktail, a colourful concoction of vodka, cranberry juice, bubble-gum syrup and fresh lime. 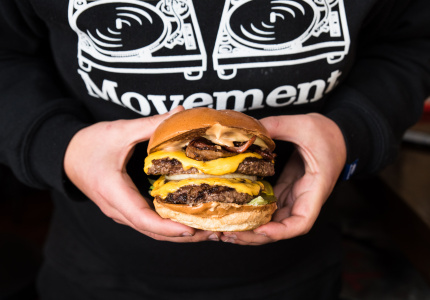