Meet the women who brew beer with peas, cucumber, mint, rhubarb, and win international awards for doing it. 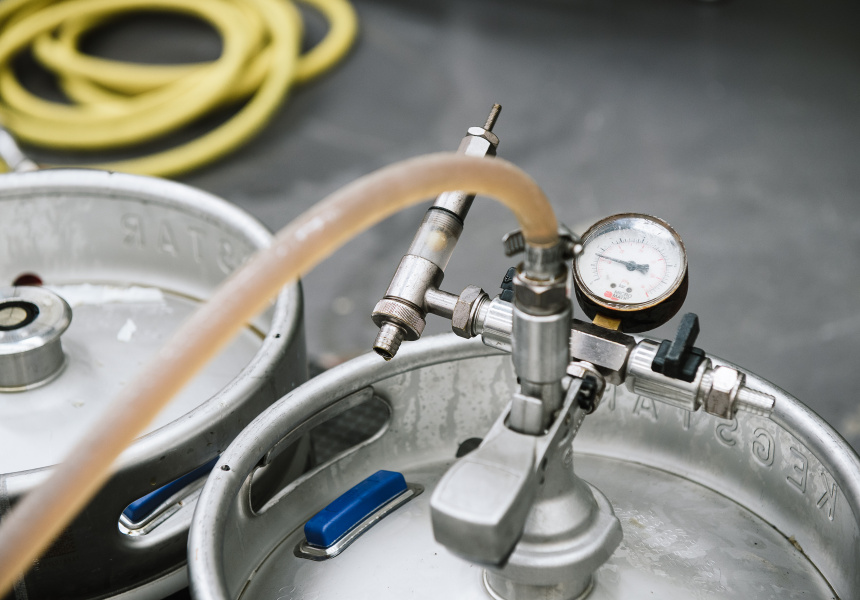 Two Birds Brewing’s Sunset Ale won Best Beer at the Wetherspoons Real Ale Festival last year. That’s best beer at an international festival dedicated to the drink. It’s not surprising. Jayne Lewis and Danielle Allen have a passion for beer, and a depth of knowledge that’s hard to beat. “Brewing’s something I adore,” Lewis says.

The pair first met in Perth, where their boyfriends (now husbands) were flatmates. But it wasn’t until a trip to the US in 2010 that Two Birds first hatched. “My husband and I got married on that trip,” says Lewis. “We eloped in Vegas and Danielle and her partner were along for the ride. I started talking about what I wanted to do – which was start my own brewery.”

Lewis began her career in Western Australia’s wine-making community, then moved into commercial brewing early in her career. She worked at Little Creatures and Mountain Bay, as well as a stint as head brewer at Mountain Goat. Allen, who was working in product development at Woolworths at the time, always wanted to start her own business. “It all kind of rolled from there,” Lewis says.

Two Birds’ first beer, Golden Ale, hit the market at just the right point in late-2011. “Timing-wise, we were a little bit before the big rush of brewery start-ups,” says Allen, who handles the marketing side of the operation. “Jayne had already been in the industry for about 10 years at that time, and was well known and respected as a brewer and national judge, so we had a launch pad.”

That didn’t mean things were easy. They started out contract brewing (also known as “gypsy brewing”). Lewis came up with the recipe and oversaw the brewing process, but they didn’t own their own brewery. That allowed them to concentrate on marketing and distribution. For the first 18 months Two Birds was a familiar face at just about every beer-tasting and beer event.

“We always wanted to have our own beer in the market within five years,” says Allen. “But we were two women coming out with a beer. We weren’t too sure whether it was going to be accepted or not. After 18 months of working really hard, we took a step back. We went back to the US for a market-research tour, and decided we absolutely 100 per cent needed our own brewery.”

As for where that brewery would be located, there was never any doubt that the western suburbs of Melbourne would be where Two Birds would call home. “I’ve loved the western suburbs since I moved to Melbourne eight years ago,” says Lewis. “The vibe’s really great and there’s lots of young families and growth happening. It just seemed like it needed a brewery.”

Finding a suitable location didn’t take long – they found it online while waiting for their flight home – but it still took more than six months before they could move into their Spotswood venue, now known as The Nest. As well as giving them the ability to brew their own keg beer, it’s also allowed them to put out a consistent run of small-batch speciality brews that have drawn a steady stream of customers to their on-site bar and restaurant, The Tasting Room.

“We have complete creative control to do whatever we like,” says Lewis. “Peas, cucumber, mint, rhubarb – we’ve just used all sorts of random stuff in beers. Just playing around with whatever we can get our hands on!”

It’s clear these speciality brews are a passion project for the pair. “They become their own beast,” says Lewis. “It’ll be a song, a place, a food, a drink – some sort of a flavour where I think, ‘I’d really like to use that as a beer’. It’s just working backwards from there into, ‘Okay, if I use some of these types of malt I’m going to get this particular character that I’m looking for’. It’s just pulling as many threads as you can to try and recreate what it is that inspires you.”

Being two women in a traditionally male-dominated field has meant a shift in marketing strategy over the past 18 months. “When we first launched, it wasn’t overtly obvious that it was owned and operated by Jayne and myself,” says Allen. “If people wanted to know more about us they could find out it was two women behind it, but we didn’t plaster it over any of our marketing or our bottles. We just wanted to establish ourselves as a really good craft brewery, and we worked really hard to get that right. As time has gone on and we feel that we have placed ourselves in the craft-beer industry we’ve started to talk more about who we are and our history and be proud of the fact that yeah, we are two women.”

Two women who don’t want to take it easy, even after winning the top beer at an international festival. “There’s no time to rest – not just from a business point of view, but from a beer point of view,” says Allen. “The trends these days just move so quickly, with social media and the voice everyone has. If you don’t stay on top of trends, it’s easy to just slip to the side, so it’s something we’re constantly working to stay on top of. We’re going to stay true to ourselves and our brand, but we’re always trying to come up with the next big thing.” 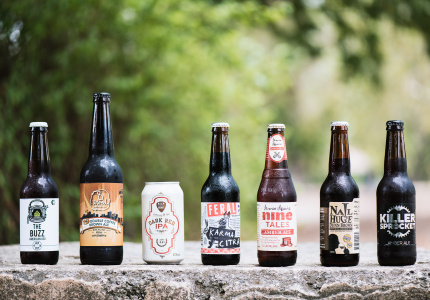