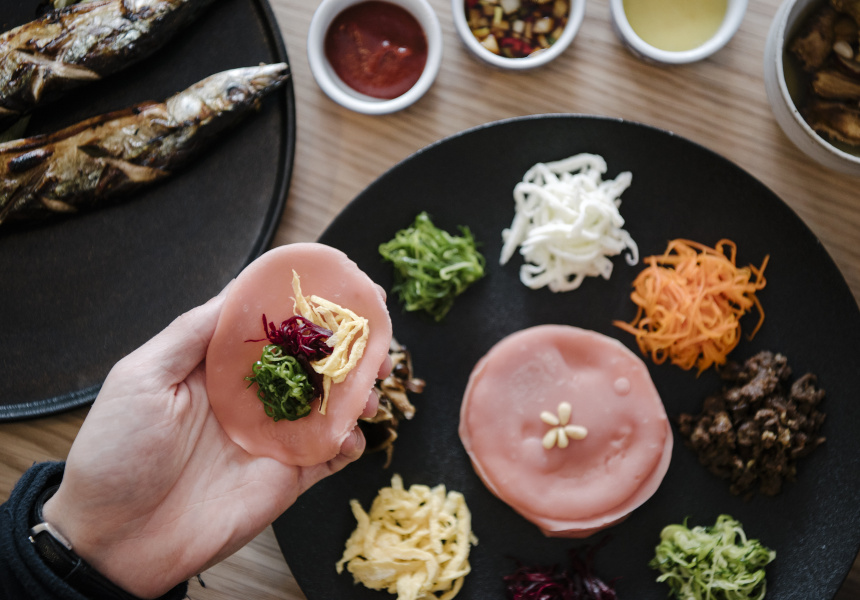 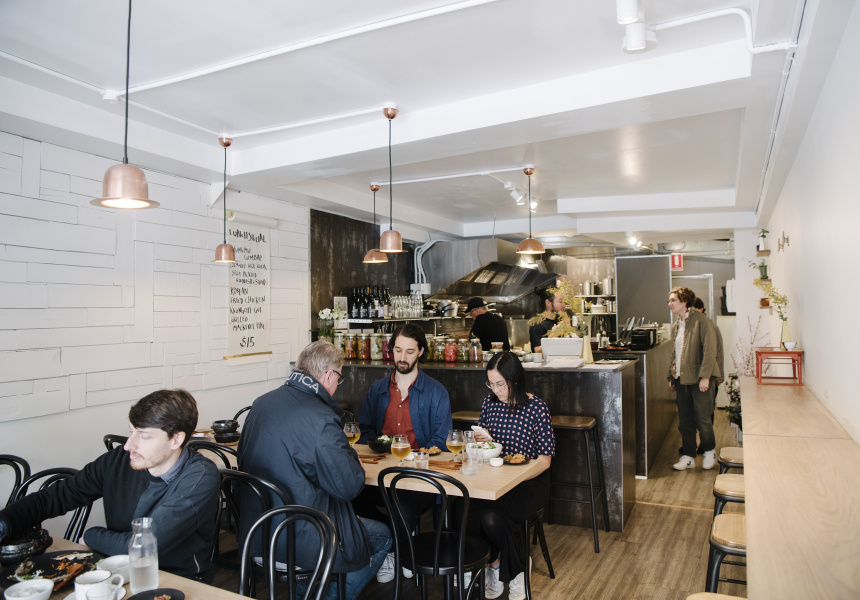 Visit a Korean restaurant in Sydney and you can probably guess the menu: barbeque, fried chicken, bibimbap, seafood pancake and bulgogi. Finding something different has been a challenge, and Sáng wants to change that.

Sáng is a tiny restaurant and bar that’s opened in Surry Hills. The owners are chefs Seung Kee Son, Jin Sun Son, their son (and Studiokyss designer) Kenny Yong Soo Son and his partner Youmee Jeon, who also used to run Balmain’s popular Mabasa. “We have so much faith in the depth and variety of Korean food but a lot of people in Australia just know [it] as fried chicken, barbeque, bibimbap and kimchi,” says Kenny.

You will find all these on the menu, but Sáng is hoping its diners branch out and order, say, gujeolpan, a traditionally royal recipe that sees nine ingredients artfully arranged around a pancake. The idea is to take bits from each ingredient and make your own wrap. There’s also janchi guksu, a noodle soup with shredded carrots, zucchini, egg and kimchi. “You’d usually eat this after a big celebration; it comes from all the leftover food. It’s like a noodle version of bibimbap,” Kenny says.

Mabasa didn’t have a liquor licence, which excluded them from serving a popular element of Korean cuisine known as “drinking food” – dishes such as kkongchi-gui (grilled mackerel), jokbal (slow-cooked pig trotters) and, of course, fried chicken. You can match it with either a Korean beer such as Kloud, or something more local, such as a bottle of Batch from Marrickville. There’s also soju and a short list of Australian wines. “This list is just what I like to drink at home,” says Kenny.

Whether it’s booze-led, of royal origins or a homely soup, everything here is exquisitely assembled. We’re not talking about a few edible flowers indiscriminately sprinkled on dishes or fine-dining deconstructions – this is Kenny’s Korean-inspired styling of contrasting colours and layered textures.

Because of this you may expect the design to be a little more tricked up, but it’s been kept simple and pared back, with light-coloured timber furniture, white walls and a polished stone bar that overlooks his family’s work.

This article first appeared on Broadsheet on October 2, 2018. Menu items may have changed since publication. 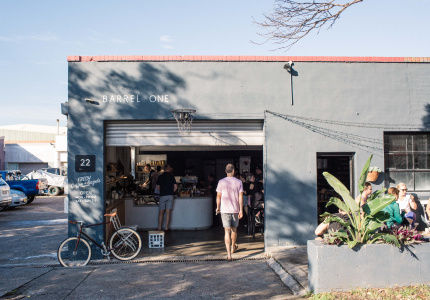