Granville’s The Burman Kitchen moves to the inner city. 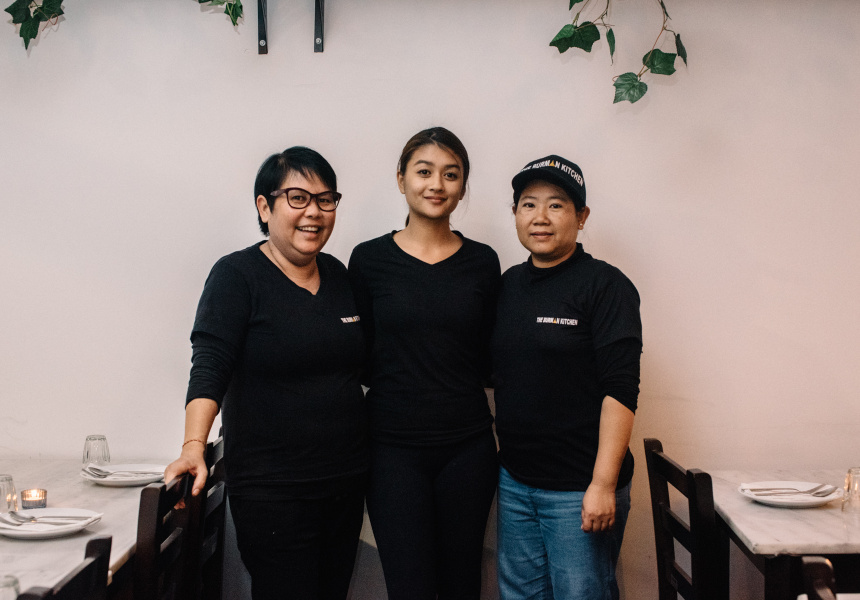 Four months ago Lay Lay Naing and Tin Tin Khine were cooking at The Burman Kitchen in Granville. They were making traditional Burmese food, and they had a loyal local following. But on June 10 they shut it all down – their dreams were not in the western suburbs but the big smoke.

The duo found a space on Crown Street in Surry Hills. “When I came [to Sydney] in 1989, I worked in a restaurant near St Peters; I was a waitress,” Niang says. I finished at midnight, then I would go to Newtown to eat. There would still be lots of people, walking and eating. There'd be bands. That's what I like. I wanted my restaurant in a place like that.”

Niang and Khine have earned a reputation for their Burmese food; some of what they offer is old-school, but they also keep it fresh (traditionally some Burmese dishes are highly pungent or unctuously fatty). And while the timber floorboards, marble table tops, the open kitchen and the wall fixtures may all be new, the food is mostly unchanged, although a few new dishes have been added to the menu since the Granville days.

The most exciting addition is the zakor htamin, an epic, four-to-eight person (depending on what size you get) set meal laid out on a bamboo platter. It comes with miniature versions of Burman Kitchen’s specialities: pickled tea leaf salad and shauthee thote (a lemon pulp, dried prawn and shrimp paste salad). There’s also Burmese-style rice balls (like massive arancini, Niang says), chicken curry, crunchy fried tofu and grilled prawns. Included in the zakor htamin, and also a permanent menu item, is dan pauk, otherwise known as Burmese biryani, and a mango-pickle pork curry (say that quickly).

This article was updated on November 8, 2018. It first appeared on Broadsheet on September 4, 2018. Menu items may have changed since publication.