Toothsome: Toothfish is Back on the Menu

After years of illegal fishing saw the Toothfish heading for commercial extinction, Glacier 51 has introduced a sustainable product that’s showing up on menus all over Sydney. 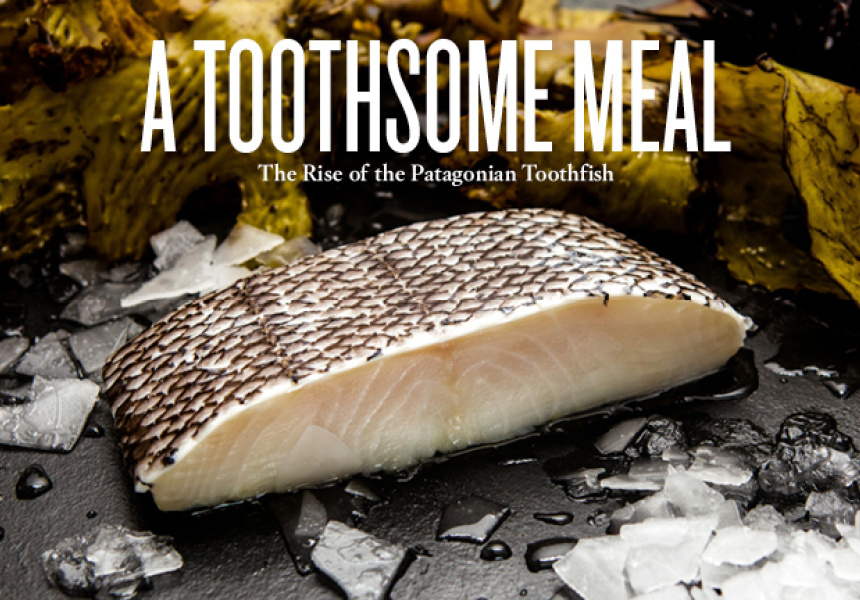 Forget the Piranha, it’s the Patagonian Toothfish – with its creepy grin and jagged rows of needle-like chompers – that has us hooked. It’s been a while since Toothfish has been available to anyone with an eye for sustainability, but after years of Toothfish mismanagement and a devastating drop in fish numbers due to the illegal harvesting activities of rogue fishermen, the tides are about to turn. Concerted efforts to rebuild the numbers of these fish and to introduce a manageable and sustainable source has seen Glacier 51 produce a ‘best choice’ supply of Toothfish, putting Patagonian Toothfish back on the menu. Indeed, you might just notice it surfacing at some of your favourite restaurants around town. [fold]

Prized for its oily, firm, white flesh and wonderful flavour, it’s a fish that comes shrouded in stories of epic journeys to reach the hazardous fishing grounds of Heard Island in the Australian Antarctic territory, over 4000 kilometres from mainland Australia through some of wildest seas on Earth. Typically fished in waters thousands of metres deep in circumstances that make the fishing TV series Deadliest Catch look tame, Toothfish can live up to 50 years and weigh in at over 100 kilograms in the right circumstances.

"Around the start of the new century the Australian stocks of Patagonian Toothfish faced the serious threat of commercial extinction at the hands of highly organised criminal pirate fisherman,” says David Carter, CEO of Austral Fisheries, where Glacier 51 is a part of the family.

“It was only after considerable cooperative efforts from regional governments, responsible industry and conservationists that we have been able to secure our borders, rebuild the stock and win international sustainability recognition through MSC [Marine Stewardship Council] certification for sustainable fisheries management. The most recent ‘icing on the cake’ is to have won endorsement from the USA's renowned sea life conservation body Monterey Bay Aquarium, for Glacier 51 Toothfish as being ‘best choice’."

And this proudly sustainable and highly sought-after fish is shaking off its ethically questionable past to be added to menus across Australia.

“Everything about the Patagonian Toothfish is uber cool,” says Red Lantern executive chef Mark Jensen. “How it looks, its size, the fact it doesn’t have a swim bladder, even the extreme weather and ocean conditions borne by the fisherman evokes images of explorers past.” Jensen’s team has already introduced Glacier 51 Toothfish to the menu at Red Lantern on Riley Street and things are going well so far. But it’s the flexibility of the flaky fish that is winning admiration.

“It’s very versatile, with oily flesh that flakes under the knife or chopstick. It holds up well against big, bold flavours such as soy and oyster sauce, but it can also be finessed with more delicate flavours like lemongrass, galangal and coriander.”

An added bonus is that the flesh also stands up well to a number of cooking techniques, making it a pretty safe bet for experimental home cooks as it become more widely available (though it’s not currently available for retail).

“I have roasted, char-grilled and steamed Toothfish fillets with equal success,” says Jensen, pointing out that until now it’s something that many diners have not been exposed to, despite the highly prized nature of the fish.

“It’s exciting to be able to offer my customers something new, that the majority of them haven’t eaten before.”

Here’s a list of places currently serving up sustainable Glacier 51 Toothfish if you’re keen to give it a try this weekend: 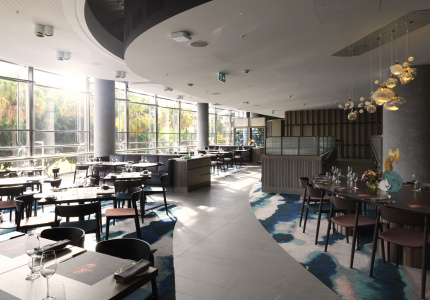