A satisfying dining and drinking experience comes in many guises. And for us, a crucial element can be knowing you’re a part of something bigger while you sit, sip and snack. 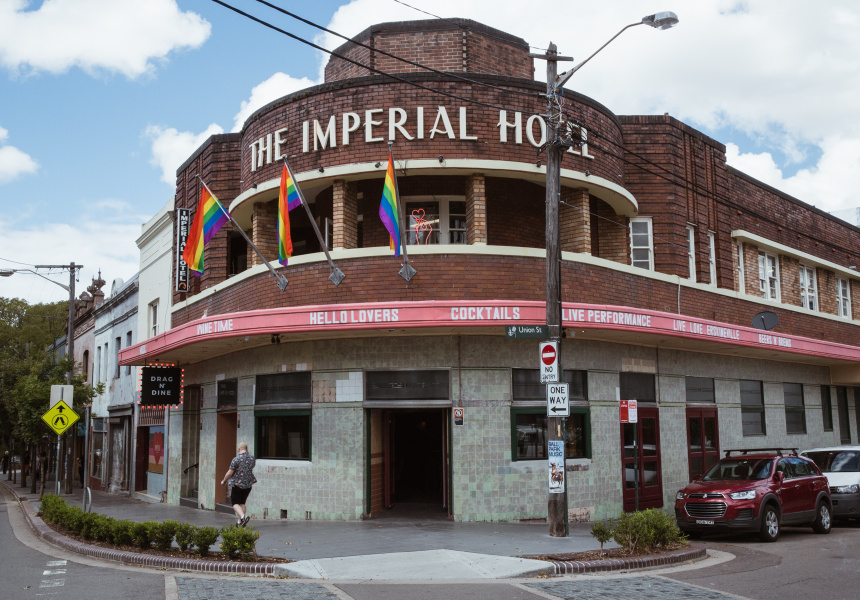 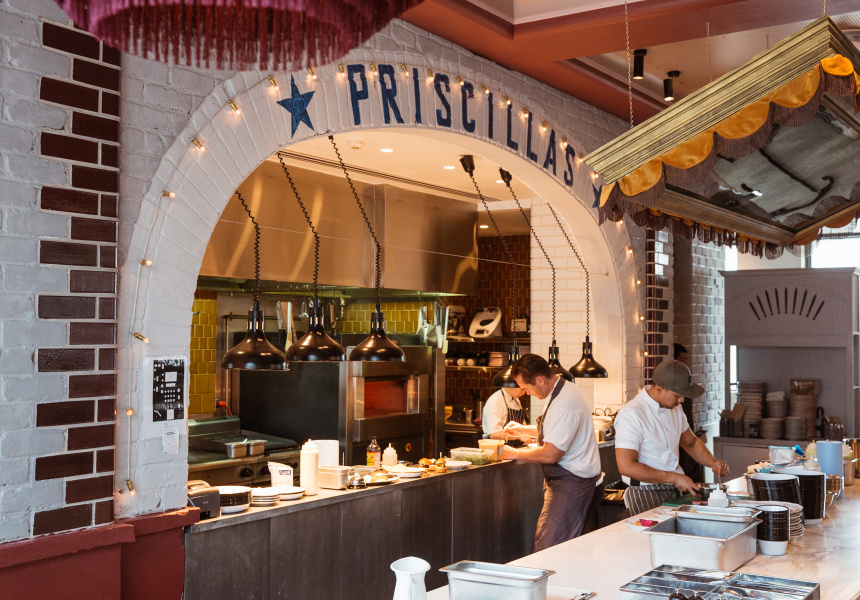 Social enterprise and a (fabulous) Sydney landmark that has played a crucial role in this city’s recent history sum up these three places in Sydney we’re just happy exist. 2018 was also the year of the Oz Harvest pop-up restaurant (which ran from July to September), another enterprise, like two others on this list, putting people before profit. If you want a side of history, entertainment and meaning with your pint, cocktail, breakfast or lunch, we recommend supporting the places in Sydney that may not be on trend, but that have a lot of heart.

Four Brave Women
The upbeat and inclusive community vibe inside this eatery is no small part of its charm. It’s not uncommon to see kids and families swaying to a live band, and the buffet means a laid-back atmosphere is built into the service.

Four Brave Women is attached to a training program that teaches hospitality and business skills to refugees and new arrivals. The food changes depending on which trainees are running the show; so far the kitchen has served Ethiopian cuisine and Georgian. Guests select the size plate they want, help themselves and then find a spot at a table, the bar or out the front on a milk crate.

There’s also a refugee-run pop-up bakery and catering business next door (on Lackey Street), and Marrickville roaster Sacred Grounds is on board running a coffee cart and barista-training program.

“[It] allows us to make a broader impact and work on supporting more refugees in entering into the hospitality industry with strong skills that will give them a higher chance of securing a job, as well as gaining solid references,” Bindi Lea, chief executive of The Trading Circle, the organisation behind Four Brave Women, told Broadsheet in October.

The Imperial and Priscilla’s
This is a comeback in the dramatic fashion of a once glamorous “grand old dame” who, after falling on hard times, emerges with help from her friends, more fabulous than ever. The triumph of the tale is signalled by a victorious closing number involving lip-syncing and mirror balls. And in the case of The Imperial, cocktails; a revamped upstairs restaurant, Priscillas, where you can “drag and dine” (the menu is vegetarian); and Imperial Up, a spirited rooftop courtyard and cocktail bar doing Italian.

After a five-month closure following fines related to drunkenness and drugs, Erskineville’s beloved Imperial Hotel opened with new owners in December 2015. Then in August of this year is was bought by Scott Leach, owner of Erskineville mainstay The Rose of Australia, and Fraser Shaw, founder of Sydney Collective, (The Morrison Bar and Oyster Room, Watsons Bay Boutique Hotel).

The Imperial’s role as a meeting place and point of pride for the LGBTQI community (since 1983) can’t be overstated. It featured in the beloved 1994 film The Adventures of Priscilla, Queen of the Desert and has put on drag shows and inclusive parties throughout its tenure as one of the hubs of queer culture. After its makeover it’s back, better than ever, and for this we are thankful.

Heart Cafe
At this Wayside Chapel social enterprise, when you order a flat white or the twice-cooked pork belly you’ll be helping disadvantaged young people while having a good feed. The chapel has been providing care and support for people on and around the streets of Kings Cross since 1964 and this cafe is part of its Wingspan program, which is about helping young people get into work and stay employed.

The good people running this place know that a heartwarming sense of purpose is not enough to stay in business, especially in Bondi. The food has to be delicious, and the coffee competitively good. There are the simple and satisfying rolls stuffed with chorizo and rocket and drizzled with green chimichurri. And a Middle Eastern breakfast with smoky baba ganoush, pan-fried haloumi and poached eggs, among other bits.

“We’re delighted to ... bring a unique and fresh perspective to the Bondi cafe dining scene,” says Jon Owen, pastor and CEO of Wayside Chapel. “Heart Cafe returns hope to the lives of unemployed young people by supporting them into paid hospitality traineeships and breaking the cycle of unemployment. Our aim is to create community and an opportunity for locals to give back.”