The team behind Redfern’s St. Jude opens a regal little cafe at the top end of King Street. 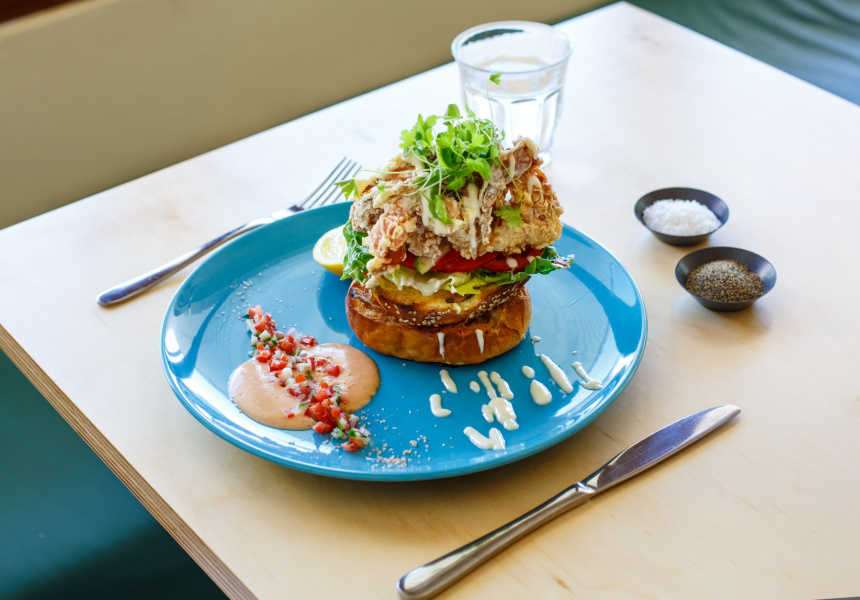 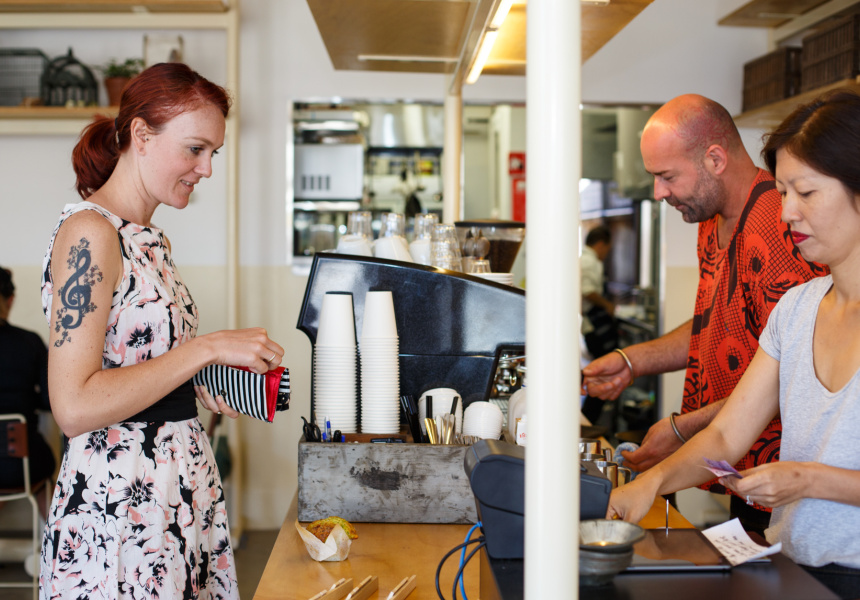 When the duo behind St. Jude in Redfern added another partner to open a new cafe in Newtown, the trio found the name easily enough.

“Yes, that’s us; the three queens,” says Grant Piper of his new venue Three Queens on King. Almost three years to the day since opening St. Jude, Piper and Kate Thomas have joined forces with Ursula Pfister (previously seen at DOV in Potts Point) to bring some much-needed life to the top end of King Street, just a couple of doors along from Suzy Spoon’s Vegetarian Butcher. “We did look at some other places, but it’s bright and it’s got that corner position like St. Jude. That was the inviting part,” says Piper.

Even better was that it was a blank canvass with which to create a clean, fresh and breezy space with the help of Surry Hills designer Arthur Koutoulas who also worked on St. Jude.

“We decided to do something in Newtown that was the opposite of what already existed here, and different to St. Jude as well,” says Piper, calling the Three Queens, “Light, bright and not too rustic – with a touch of glamour.”

Coffee is a Nicaraguan organic brew from Rush roasters in the Central Highlands. The menu includes eggs “all ways” with relish (just add your sides to round it out). Try apple fritters paired with toffee sauce, salads of slow-roasted harissa lamb with couscous, or soft shell crab with spicy salsa and rotund sandwiches with tequila chicken, coriander and avocado. There’s a butter romance going on too, from the banana and walnut bread with maple butter, to the toad in a hole with smoked bacon butter. The spearmint and palm sugar tea is a Three Queens signature, along with fennel and twig tea (which die-hard fans will recognise as an AbFab Eddie reference). These Three Queens are certainly bringing some extra personality to the University end of King Street.