From smashed waffles and corned beef Reubens to a spin on Malaysian cuisine, try all three food trucks this week. 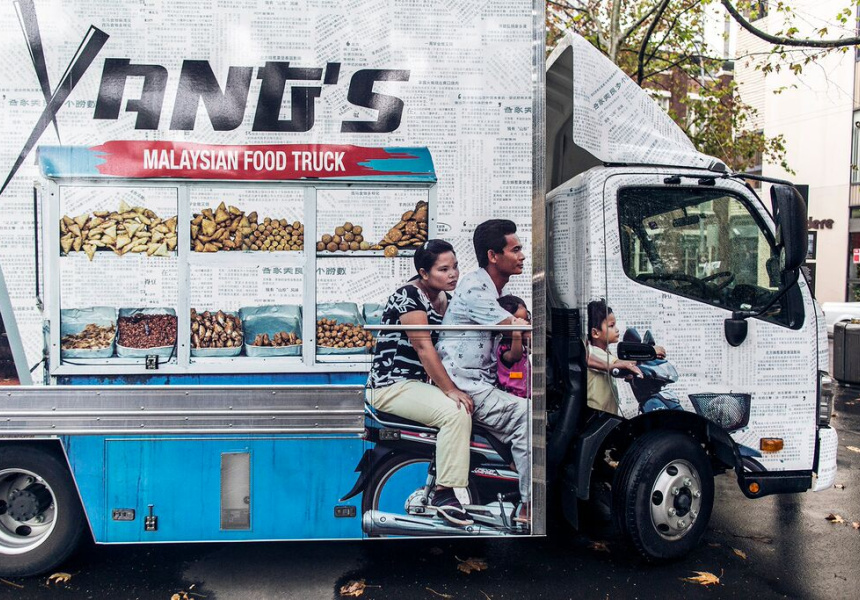 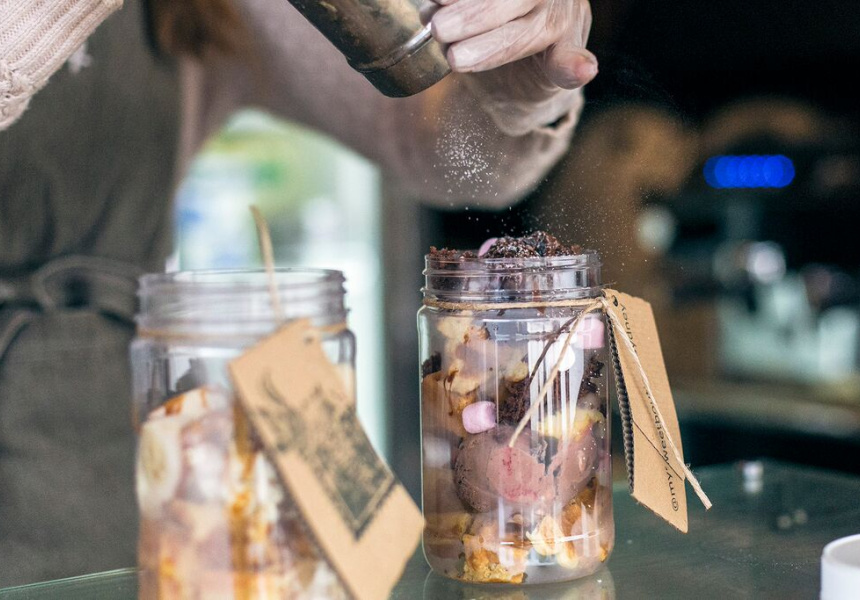 Start the day by brunching on waffles at My Sweet Boutique. Based in Marrickville, this vibrant food truck specialises in waffles. Owner Elisabeth Amalfi says, “All of our waffles are baked to order. We serve them a little more creatively than what you would usually find.”

Amalfi says Marrickville is the perfect fit for her food truck, “We love the energy and vibe here. The community response has been phenomenal and our creative, colourful truck fits perfectly.” Presented three different ways, there are waffle slabs, waffle sliders (mini waffle burgers) and waffles cut into small squares and “smashed” into jars. Waffles are topped or filled with dessert options including salty caramel ice cream, fresh banana, Nutella, strawberries, Canadian maple, macadamias, figs, pecans and a sprinkling of popcorn.

For a Shirley Temple level of sweetness, try the Enmore: waffles topped with rocky-road ice cream, marshmallows, chocolate brownie and hot Belgium chocolate. Black Market Roasters coffee is on offer, and, when the warmer months approach, gelato and sorbetto will pop up on the menu.

And if it’s too early in the day for a sugar high, opt for the savoury prosciutto and ricotta waffle.

Once the clock strikes noon, head to NYPDeli – the food truck that has built a following that travels across Sydney for its rendition of New York lunchtime classics.

Ben Siderowitz’s family has run the high quality meat factory Pastoral Ham & Beef in Waterloo for 60 years. So it’s no surprise he is manning a food truck with meat as a prominent feature on the menu.

With his Jewish background, Siderowitz says it is important to him that nothing strays from the original concept. “I’ve stayed true to the New York theme – down to the American pickles and crisps. All of our food is inspired by the Jewish immigrants who brought their signature meat sandwiches to New York.”

Bite into a Corned Beef Reuben and you will find Swiss cheese melting over strips of hot corned beef, topped with Russian dressing and crispy sauerkraut on fresh rye bread. For the Delux Reuben, pastrami joins the corned beef between pieces of rye. For vegetarians there’s the Eggplant Reuben.

Locations are likely to change, follow on social media for regular updates.

For dinner, experience Malaysian cuisine with a street-food interpretation. Owner Lex Wong (whose Chinese name is Yang) put together his menu based on his food experiences growing up in Malaysia because, as Wong says, “In Malaysia, all the best food comes from carts off the street.”

The food might be Malaysian in taste, but the style in which Wong presents his dishes is influenced by his travels through America and Canada. “The food truck culture in Sydney is about to really take off with some really good trucks, concepts, and, most importantly, great food rolling out.”

The Chilli Soft Shell Crab with Mantao is one of the highlights on the menu. Based on Singapore Chilli Mud Crab, Wong’s point of difference is his large soft shell crabs and the mantao – a steamed bun that's then deep fried, making it pillowy on the inside, crunchy on the outside, an ideal combination when one needs to mop up chilli crab sauce.

The roti at Yang’s Food Truck is eaten like a taco. It’s lined with thick chicken curry or dahl, cucumber and tomato salsa, topped with lime juice and coriander. Wong’s take on the famous Malaysian Ramly Burger is The Ramli Slider, a beef slider with seasonings, egg, cabbage and five kinds of sauces.

Yang’s Food Truck post its times and locations at the beginning of each week, follow via social media for more information. 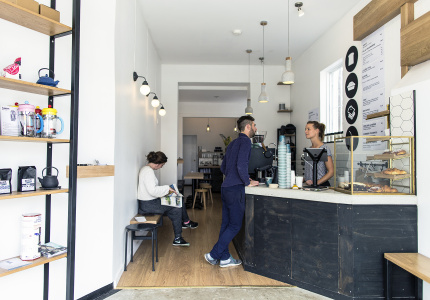