They’ve got plans for a smoked pork-jowl burger and bacon-wrapped beef patties. 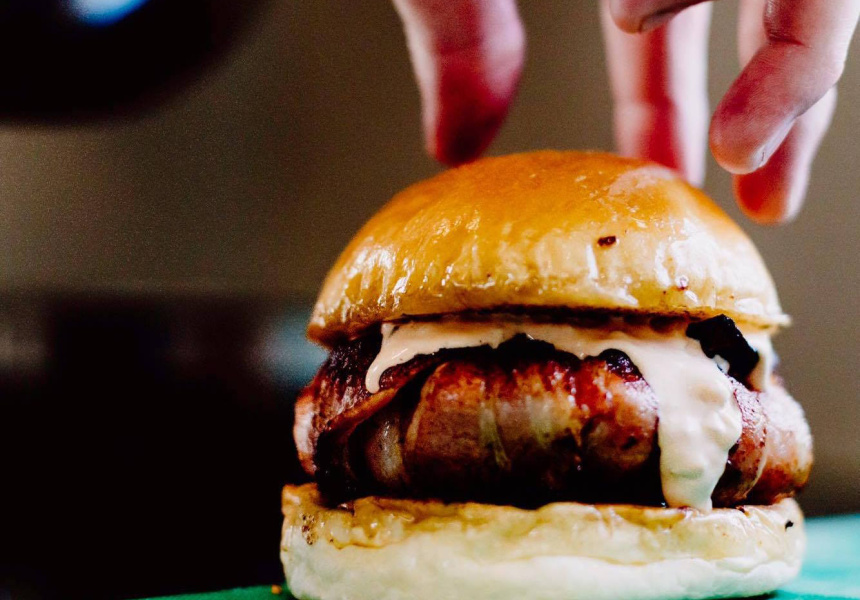 Just when it felt like Sydney’s burger movement was slowing down comes the news that three Master alumni are opening a natural wine and cocktail bar serving their idea of the perfect burger. Timothy Rosenstrauss, Richard Borg (who has also worked at Momofuku Seiobo and Josh DeLuca (a former Quay chef) are opening Burger Head in Penrith.

“Richard grew up in Penrith, Josh in Blacktown and me in Ashfield. We want to bring some good stuff out here,” says Rosenstrauss. As you’d expect from three well-trained, young hospitality entrepreneurs, this is going to be an involved burger offering. “Everything is going to be done in-house. We're working with the bakers, we're making pickles and we're grinding the meat ourselves. We’re getting really deep into it,” says Rosenstrauss.

The signature will be the in-vogue burger of the past two years: an American cheeseburger. Joining that on the week-to-week menu will be a fried-chicken burger; a tomato, lettuce and onion; and another based on beef short ribs. Following Sydney burger trends (led by the indefatigable Fatties Burger Appreciation Society), Burger Head will also serve a rotating selection of specials Rosenstrauss says “will represent different areas of the world”. He mentions a smoked pork jowl burger with kimchi; a bacon-wrapped patty and another fried-chicken iteration but with saucier, Korean-style chicken.

“We're also looking at a few snacks and sides,” says Rosenstrauss. “One thing is chicharon, which is pork skin dropped in the fryer and puffed out like chips.” Otherwise there’ll be loaded fries; mash and gravy; and fried chicken.

Initially there’ll be milkshakes and soft drinks only, but when a liquor licence comes in there will be local beers, natural wine and cocktails. “We’ll have the classics but we want to experiment as well,” Rosenstrauss says. The bar serving it will be bare brick and industrial. And there’s a mural of a burger-headed Mona Lisa.