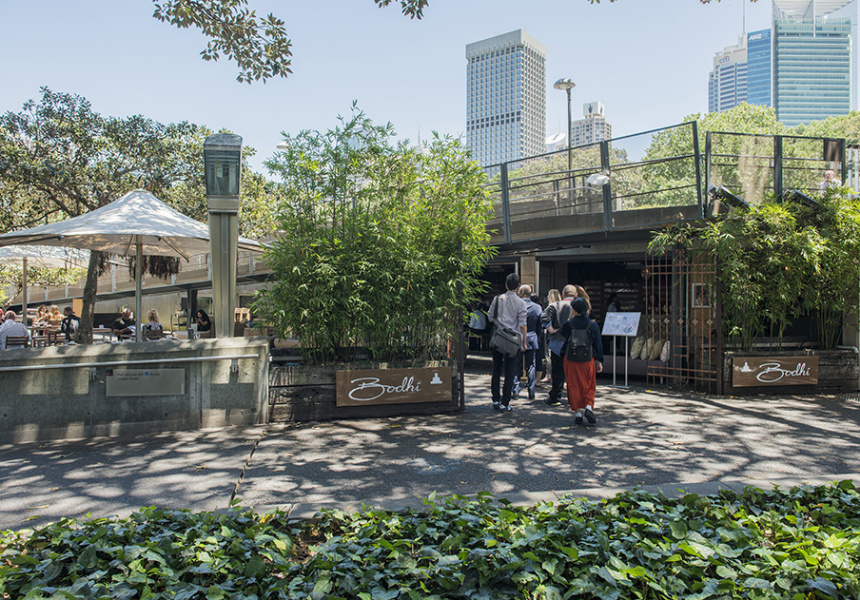 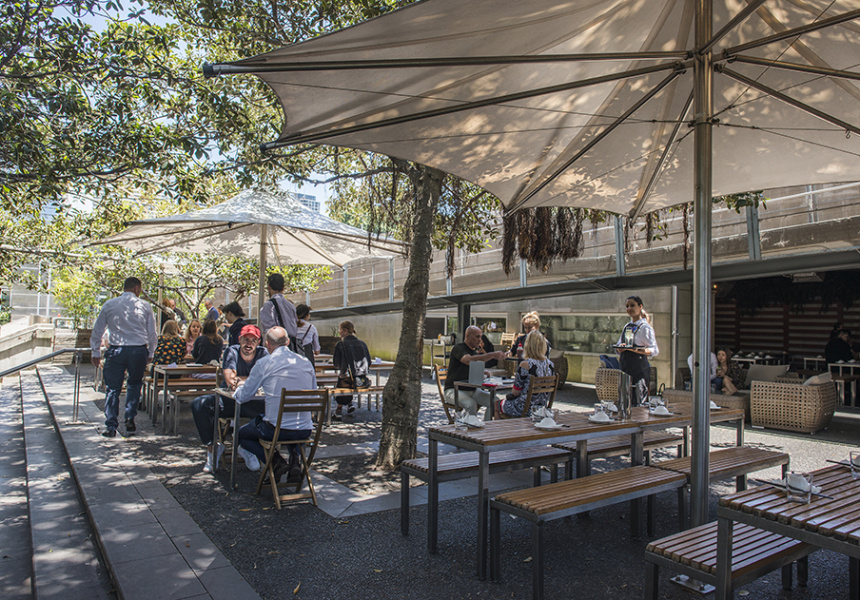 The restaurant game is notoriously fickle. Most businesses don’t last more than a year, and the ones that do rarely celebrate a five-year anniversary. Not Bodhi, which occupies a corner of Cook and Phillip Park under St Mary’s Cathedral – this year, it turns 30.

When Bodhi opened, no one, except maybe a handful of Taoists, thought it would last a month. It was one of Sydney’s few vegan restaurants, serving Southern Chinese food but without garlic, onion, shallots and chives. And Lee-Leng Whong, the owner and founder, was the only person in her family who couldn’t really cook.

Whong is one of 10 kids to two Singaporean migrants who settled in Sydney. She grew up in the kitchens of fish ’n’ chip shops and Chinese takeaway joints, meaning she was surrounded by food her entire life. Even so, it took a radical late-life change to get her into the restaurant game .

It was 1988; she was running an immigration business and before that had worked as a journalist, a press secretary and a model. Whong had no idea what veganism was until, while walking to lunch one day, she met a Taoist monk. He told her about his beliefs, animal welfare and a restaurant nearby that cared about both. That’s where, that same day, she ate her first entirely vegan meal. “It was an ‘aha’ moment,” says Whong’s daughter Heaven Leigh. “She had never considered not harming a living creature for personal pleasure. If you asked her today she'd tell you she had a spiritual awakening.”

Everything changed instantly, including her diet. Whong took on the Taoist philosophy – a belief that is deeply rooted in Chinese customs and which promotes harmony with nature, the pursuit of spiritual immortality and self-development. Taoist practices include meditation and feng shui. “She came home and threw every bit of meat out of the house,” says Leigh.

But the next step was the biggest challenge – Whong didn’t know how to cook, let alone cook Taoist-style vegan food, which excludes garlic and onion. It didn’t deter her – she took over a lease and opened the first Bodhi in Chinatown in 1988. It was above a Chinese butcher, which meant you had to walk past hanging duck carcasses to get to the restaurant. Inside everything was pink – the carpet, the chairs and the menu. It had a traditional rosewood altar that played Buddhist chanting music, and the staff was family and members of the Taoist community. On the menu was sweet-and-sour faux chicken, faux Peking duck pancakes and stacks of stir-fry vegetable dishes.

Back then Bodhi’s customers were those with dietary restrictions, Taoists, Jewish folk looking for kosher food (it was automatically kosher due to the lack of meat), and a handful of hippies. “It was bonkers, it really was,” says Leigh. “There wasn't a lot of plant-based restaurants, maybe less than five and I remember the shock. Her family thought they'd gone mad.”

But after an initial struggle the restaurant gained a loyal following and eventually became busy. So busy it needed a bigger space.

Bodhi stayed in the area but moved into the Corporation building on Hay Street in 1998, a beautiful heritage-listed site that accommodated 150 seats. The move was a chance for Whong to reconnect with yum cha, which she’d dearly missed after giving up meat. On the menu was plant-based har gow (traditionally translucent prawn dumplings), cheong fun (rice-noodle roll) and porkless siu mai.

Leigh says the introduction of vegan yum cha coincided with a shift in the perception of veganism. Big-name celebrities were openly talking about vegan lifestyles and more plant-based businesses were opening in Sydney. Bodhi, being the best of them, was bustling. “We're talking queues down the stairs, out the door, round the corner and down the road. All for yum cha.”

It didn’t last. The building was sold and Whong again needed to find a new space. “Mum wanted to stay in Chinatown and I wanted to move into the city,” Leigh says. “I wanted something more upmarket and a different demographic.”

There was a battle and the younger generation won, and Leigh eventually took over the business when her mum retired in 2002. In 2000 they moved into the current Bodhi restaurant in Cook and Phillip Park.

Bodhi has been under Leigh’s management for 18 years now and there have been some monumental changes, in both the restaurant and the industry. Veganism went from being a fringe ideology to a widely accepted lifestyle. Leigh says eight years ago 85 per cent of her customers were vegan, now it's 50-50. “The past four or five years there has been a huge shift,” she says.

Over the years Leigh modernised the menu, introducing dishes such as grilled pumpkin curry with crisp kale; faux-meat sliders; and chickpea-battered cauliflower with roasted peanuts, pickled apple and a tomato and carrot sauce. These sit alongside signature dishes of sweet-and-sour chicken and the vegan faux Peking duck pancakes – two dishes that Whong served 30 years ago without any idea of what she was doing.

Leigh also introduced alcohol, which was an extremely controversial decision within the family and the community as it is anti-Taoist.

Of course, it wasn’t all easy. In 2001 the family almost went bankrupt and Leigh says she often thought about shutting Bodhi. “I've considered closing a couple of times. It's a tough industry,” she says. “I've thought, ‘I just can't do this anymore’ but every time I've considered closing the doors someone comes in and says, ‘Thank you’.”