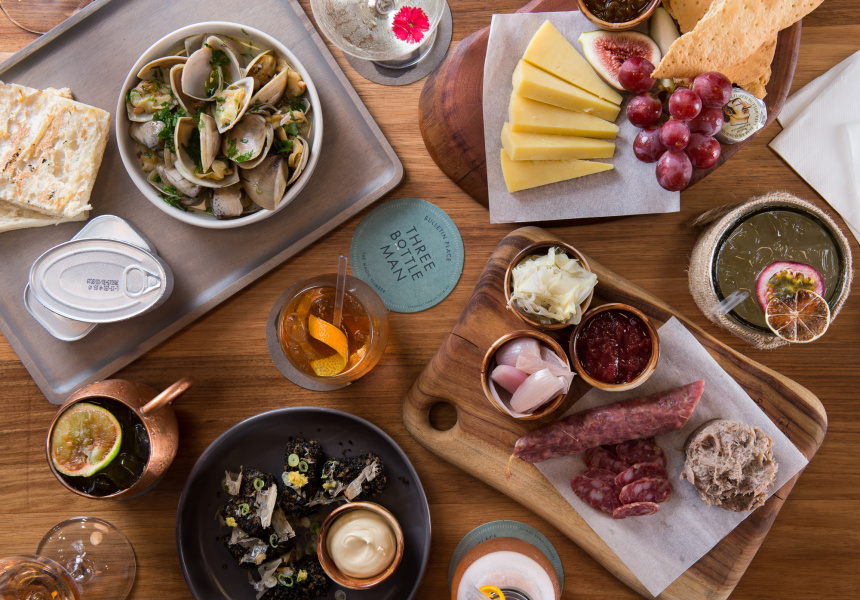 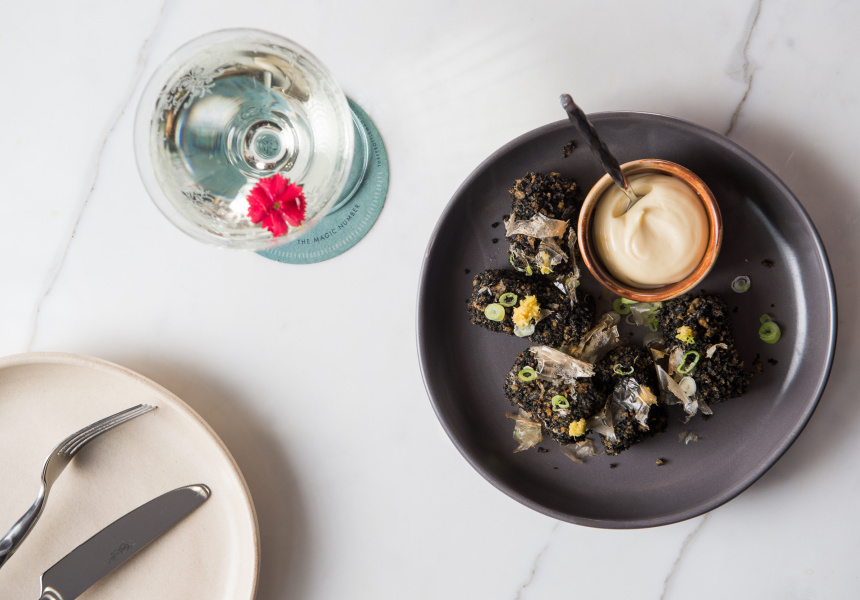 “We wanted to work with that identity. We're always going to have three of everything. Three vodkas, three rums, three beers, three ciders. The idea is that we'll change them whenever we want, whether that's every day or every month,” says Jeremy Magan, the general manager of restaurants at hotel Sydney Harbour Marriott.

Thanks to Australia’s booming boutique spirit scene, all of them can be sourced locally. “We will be serving only Australian beverages. All spirits, all wines… all Australian.”

Same goes for chef Raphael Szurek’s menu, which is split between all-day snacks and breakfast. The former is made up of dishes such as burrata with roasted portobello mushrooms; house-made charcuterie; and a toastie with mushroom, cheddar and truffle honey. Magan says the breakfast menu is tailored to the CBD grab-and-go crowd. There are also interesting options such as the trout tataki with pickled vegetables and the house-made coconut yoghurt that goes on the muesli. “Being so close to Silvester's, we have a chance to work with their kitchen,” says Magan.

Silvester’s is the hotel's restaurant next door to Three Bottle Man. Together they represent a multi-million dollar push from Sydney Harbour Marriott to enliven the area. “It's a beautiful laneway, Bulletin Place. You've got restaurants and a cocktail bar on one side and on the other side nothing,” says Magan. “We had images of Melbourne laneways that are always bustling, so we wanted a venue that would grow this laneway.”

As you’d expect from a laneway bar, most tables spill out onto the street. There’s a long marble bar where bartenders share their working space with customers’ drinks and plates. “It's a heritage-listed building, so we've kept a lot, including the chequered floor,” says Magan.