This article is produced by Broadsheet
in partnership with Herradura.

Tequila is much more than a good-time drink. In partnership with Herradura Tequila, we asked Hotel Jesus head chef Luke Hammond to tell us why it works so well on the dinner table and three recipes to pair with it. 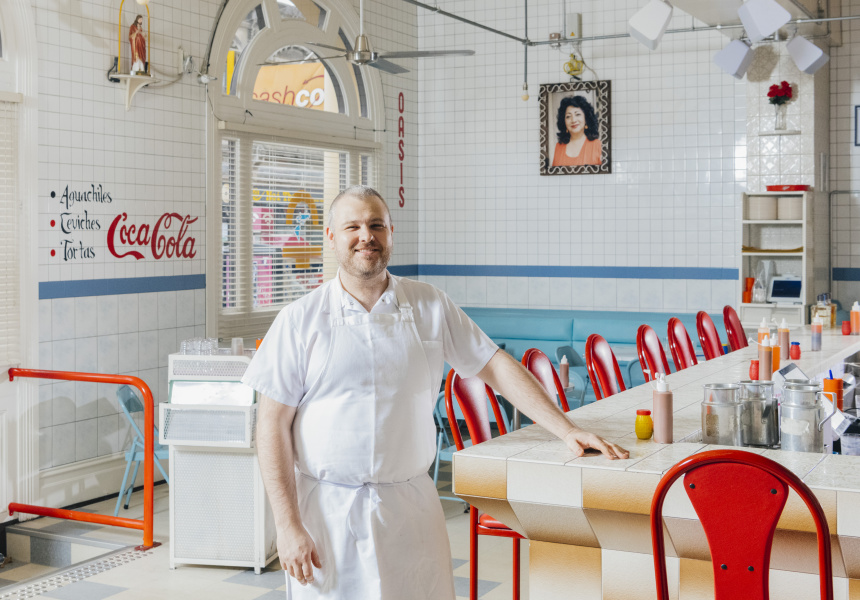 Outside of Mexico, tequila has an unfair reputation as a drink to slug in a single shot. Luke Hammond, head chef at Mexican taqueria Hotel Jesus, on Smith Street in Melbourne, says not only is it supposed to be sipped like a whiskey, it pairs beautifully with certain foods.

Hammond says the clear, short-vintage Herradura Plata, with notes of caramel and vanilla, is best served with lighter, citrus-focused dishes. “The base of roasted agave gives a very caramel note to tequila,” says Hammond. “So because the Plata has a shorter process, it doesn’t take on as much of it.”

The chef likes its slightly creamy texture with red-snapper tostadas and white-fish Colima ceviche, as well as his bespoke creation ostiones y sandia (oysters and watermelon). Tasmanian oysters, which are “plump and creamy”, are ideal for the plata because they achieve a “little bit more bitterness” than a traditional wine pairing.

Stronger flavours call for more robust dishes. Because the gold-tinged Herradura Reposado is aged in the barrel for a longer period of time, “you get a stronger caramel flavour with a lot of woody tones” says Hammond. Match it with dark meats, such as Hotel Jesus’s chicken quesadillas or pork-belly skewers, as well as Hammond’s aletas zarandeados (red snapper collars) recipe, which calls for mildly spicy and fragrant ingredients such as achiote paste and guajillo chillies.

Dessert is a different strain. Extra-aged tequila, such as Herradura Anejo, bumps up the strong notes of vanilla and caramel, so pair with vanilla, caramel, honeycomb, coffee or chocolate – think Hotel Jesus’s Chocolate Mess vegan brownie or Hammond’s recipe for café, cajeta y vainilla. “Mix them together – it’s amazing.”

Here’s how to try Hammond’s bespoke recipes at home. 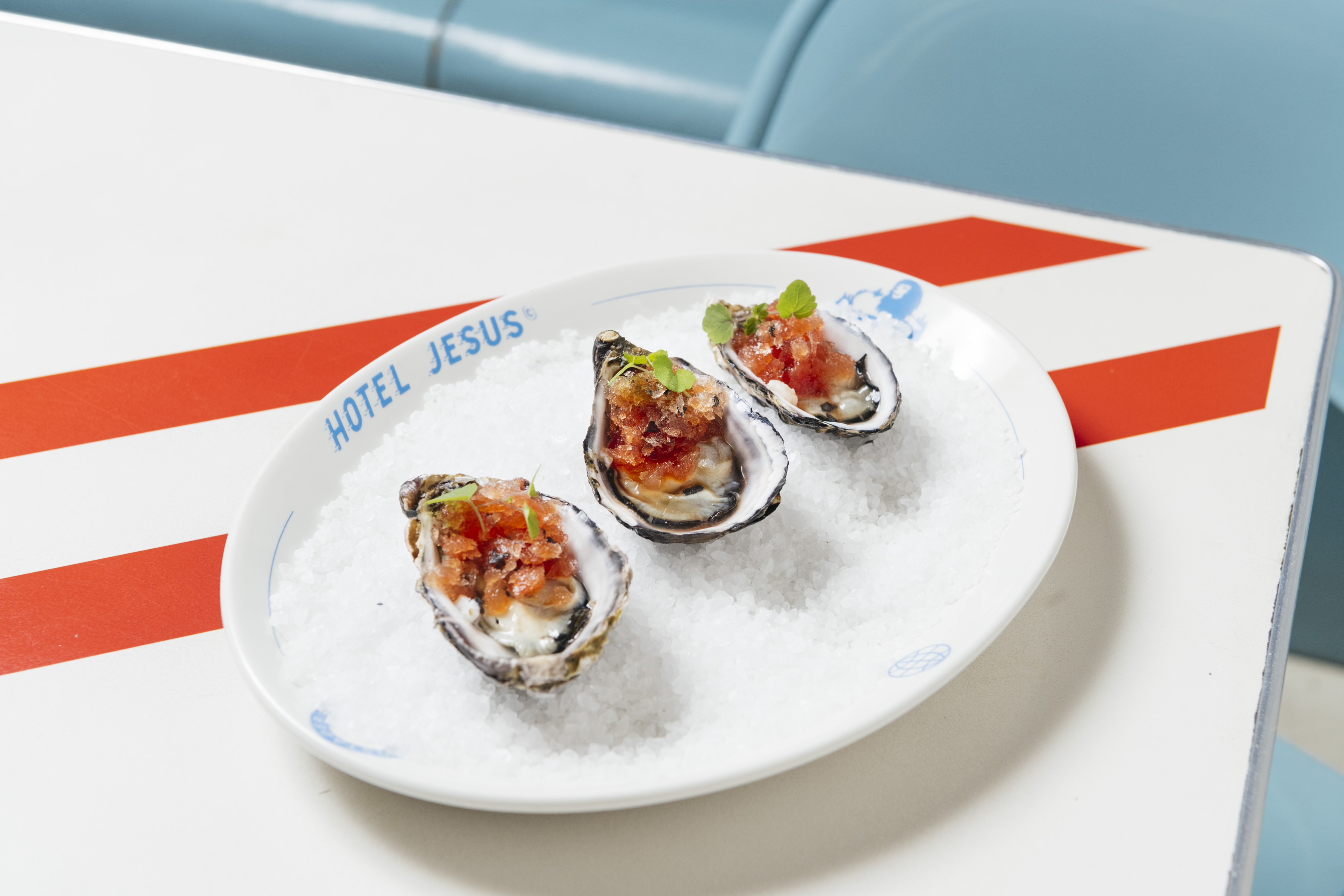 Method:
To make the smoky watermelon granita:
Place Morita chillies and coriander seeds into a spice grinder or mortar and pestle and grind to a fine powder.

Blend watermelon until smooth and pass through a sieve into a container. Discard solids. Stir in lime juice and Morita chilli powder, ground coriander seeds and a pinch of sea salt flakes. Allow to sit in fridge for approximately 1 hour, then cover with plastic and freeze until firm (approximately 3 hours).

Scrape granita with a fork until fluffy. Freeze again until ready to serve.

Shuck oysters and arrange on a bed of cold rock salt. Top each oyster with one to two tsps of granita and lightly sprinkle over some black sea salt flakes. Garnish with micro summer mint. 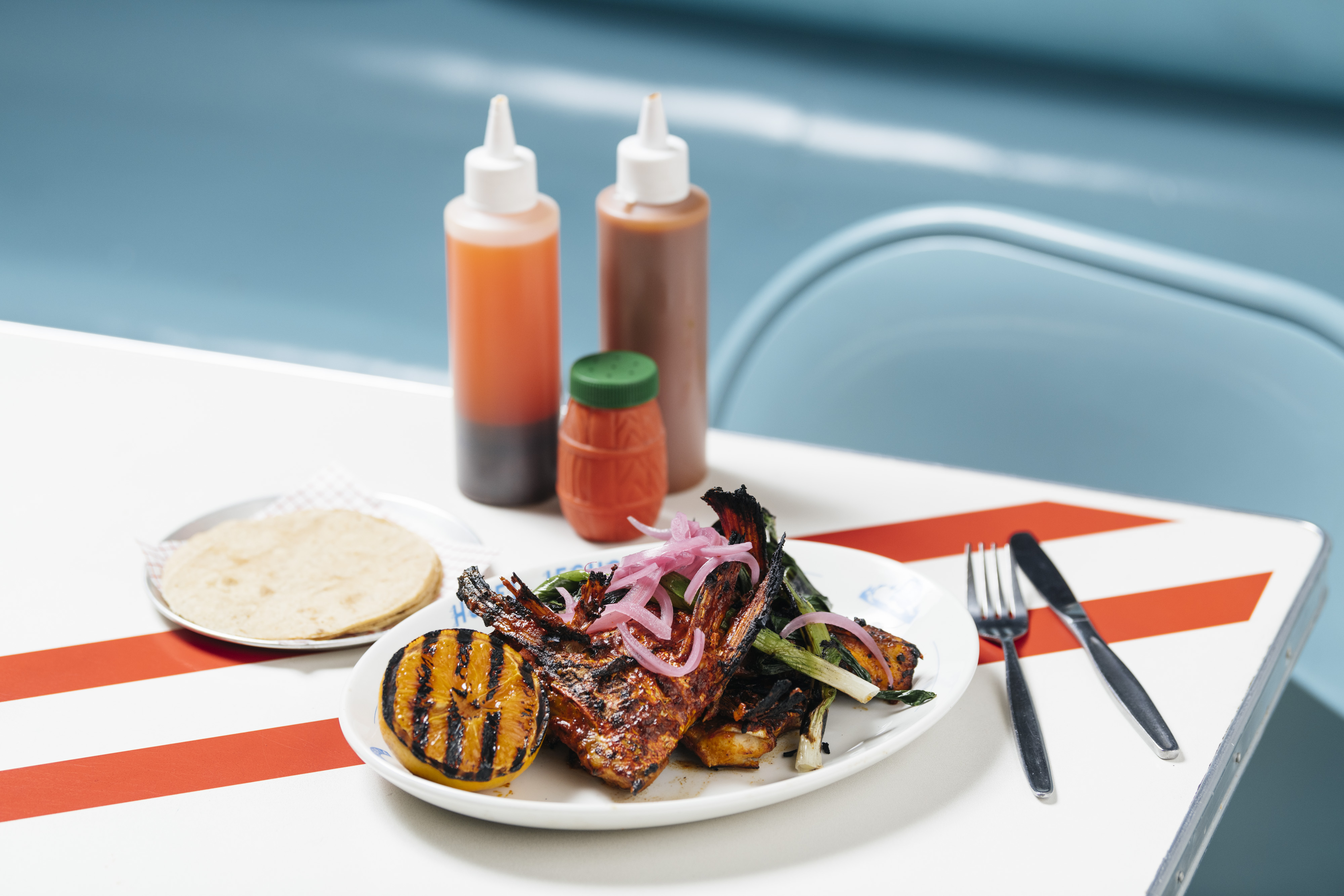 Method:
To make adobo, heat vegetable oil in a saucepan over medium heat. Sweat onion and garlic in a pan until translucent and softened. Add the tomato wedges and achiote paste and mix well. Add orange and lime juice, the softened chillies and the beer, and stir well to dissolve the achiote. Blend with a stick blender until smooth and continue to cook for around 30 minutes until paste is thick enough to coat the fish. Remove from heat and leave to cool.

To make pickled onions, slice the red onion and set aside. On a saucepan, combine all other ingredients and bring to a boil. Add the sliced onion to the boiling liquid and allow to cook for approximately 5 minutes. Remove from heat and set aside to cool.

To prepare the fish collars, paint adobo over the fish making sure to completely cover. Leave to marinate for 30 minutes.

Once fish collars have marinated, make sure your grill is hot and place collars on the grill skin side down. Allow them to char for 1–2 minutes and turn. Paint more marinade onto the cooked side before repeating this process 2–3 times for each side. You are looking for a nice caramelisation of the adobo on the collars.

For garnishing, on the grill char the spring onions. Then char the half orange until blackened. 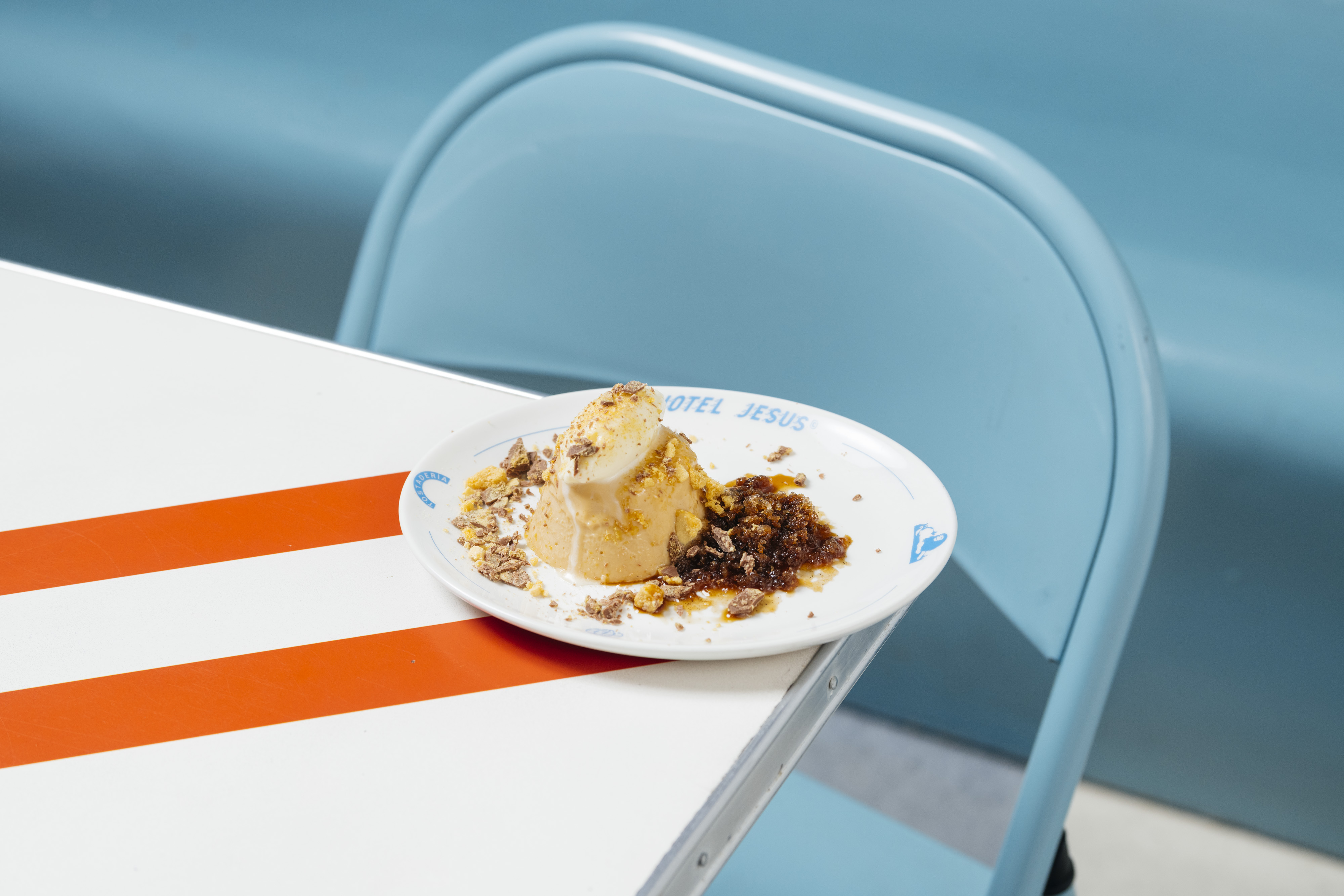 Method:
To make coffee granita, place the cold-brew coffee into a container and stir in the vanilla paste to combine. Cover with plastic and freeze until set, approximately three hours.

Scrape granita with a fork until fluffy. Freeze again until needed.

To make the dulce de leche flan, combine all the ingredients into a blender and blend a couple of times to completely combine and add some air into the mixture. Pour the mixture evenly into pre-oiled flan moulds and place them into a deep baking tray with the water halfway up the sides of the moulds. Cook uncovered in a preheated 160°C for 1 hour and 15 minutes. Remove the flans from the tray and place into the fridge to set for at least 3 hours.

To plate the dish, remove the flan from the mould and place onto a serving plate. Spoon two tbsps of the coffee granita to the side of the flan. On top of the flan, place a quenelle of vanilla-bean ice-cream and sprinkle with the crumbled honeycomb and grated chocolate. Garnish with some micro lemon balm.

This article is produced by Broadsheet in partnership with Herradura Tequila.

This article is produced by Broadsheet
in partnership with Herradura. Learn more about partner content on Broadsheet.