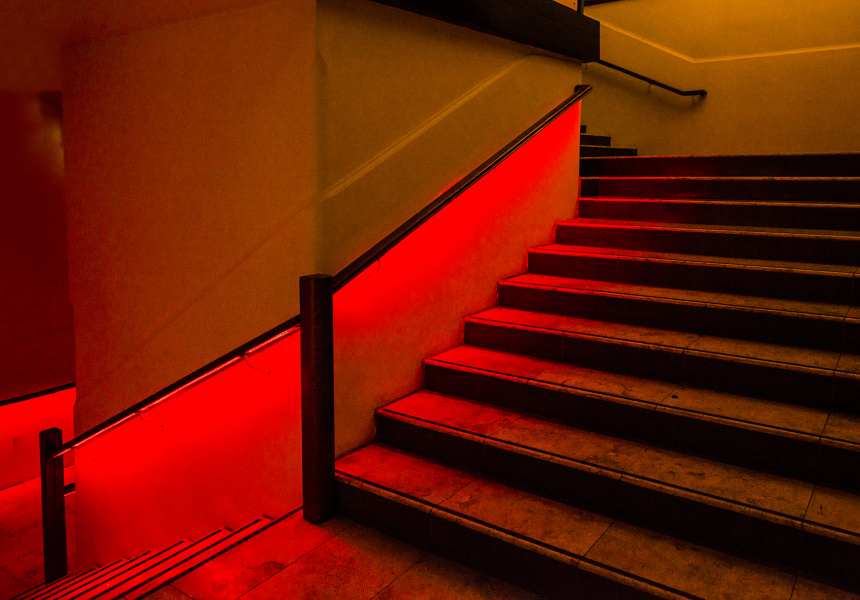 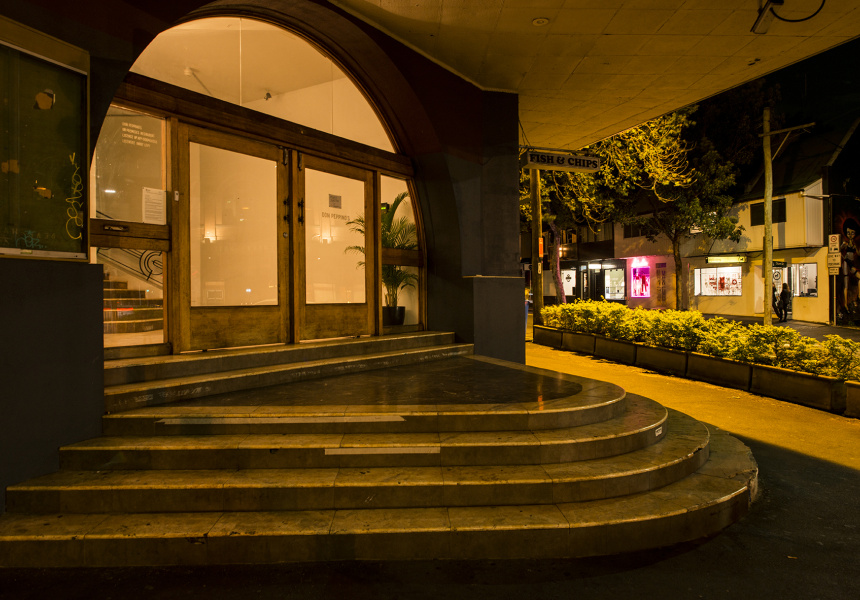 There’s fine dining, and there’s fun dining. And for the Full Circle collective – the team behind good times and good pasta pop-ups Alfio’s and Wilmer – nothing spells fun like positioning its latest Italian restaurant project, Don Peppino’s, in a former nightclub on Oxford Street.

With a 12-month lease, it’s the group’s the longest tenancy yet. And what a brilliant space the collective has secured – the venue formerly known as the Grand Pacific Blue Room. During its heyday in the 1990s it was the party place to see and be seen.

The nightclub relics still remain – an oversized chandelier here, a faux marble staircase there – but it’s all part of the charm.

The collective’s 2014 Leichhardt pop-up Alfio’s had all the trappings of an old-school Italian trattoria, with red-brick archways and a faded beach-scene mural. But on this corner of Paddington, “You can’t put daggy Italian into a ’90s nightclub,” says Daniel Johnston (Vini, Berta), who co-owns the project with Harry Levy (Bar Brose, Love, Tilly Divine) and Tom Merryweather (Cornersmith).

At Don Peppino’s, it’s about embracing what you’ve got, and they’ve got a neon-lit staircase. “On the first day [we moved in] that really set the tone for us. Every day, we find a new light switch,” he says.

On the day of Broadsheet’s visit, they’d just discovered a toggle that lights the men’s bathroom sinks with a cool blue glow.

As for what’s coming out of the kitchen, just because they’re cooking fun food, doesn’t mean it’s slapdash. There’s a succinct menu that changes weekly, with an antipasti selection from the cold bar, and “maybe a nice piece of fish” for secondi. They’re to share, but the pastas are not.

“I don’t not like sharing food, but when it comes to pasta … I really like eating a bowl to myself,” Johnston says, adding the team plans to experiment with the pasta extruder, a mechanised pasta contraption that efficiently turns semolina dough into spaghetti and the like.

Drinks will be compiled by Levy and Full Circle’s partner-in-wine, collaborator Sally Rainbow. Expect plenty of natural and Italian vino, and bang-for-your-buck house wines from kegged-wine producers Sparrow & Vine. Normally, its wines are dispensed through a tap system, but given the restaurant’s temporariness there is no point installing the “tap infrastructure”.

“[Instead] it’s going to be the old keg and squirter”, says Johnston, referring to the hand-held bowser that will be attached to the wine keg.

Once upon a time, the space that is now the Don Peppino’s 60-person dining room was a bar and dance space, and it has the elevated DJ platform to prove it. Johnston says they’ve got a restaurant (and not a bar) licence that runs until midnight, but there’s nothing to stop patrons from pushing the tables aside to form a dance floor, and for a scratch-savvy punter to take the decks for a spin.

“I'd love it if on Friday nights it became a place you go for dinner and maybe a bit of a dance. But then we're going to kick everyone out at 11.45pm,” he says.

This article first appeared on Broadsheet on October 18. 2018. Menu items may have changed since publication. 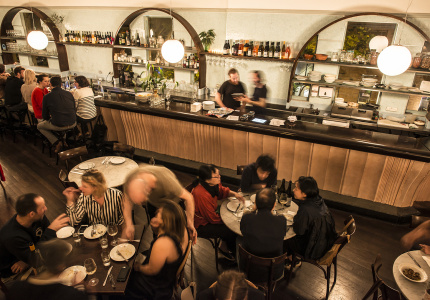