A Temple of Tea in the Backstreets of Redfern

There’s a den of new favourites lying in wait at this peaceful shop. 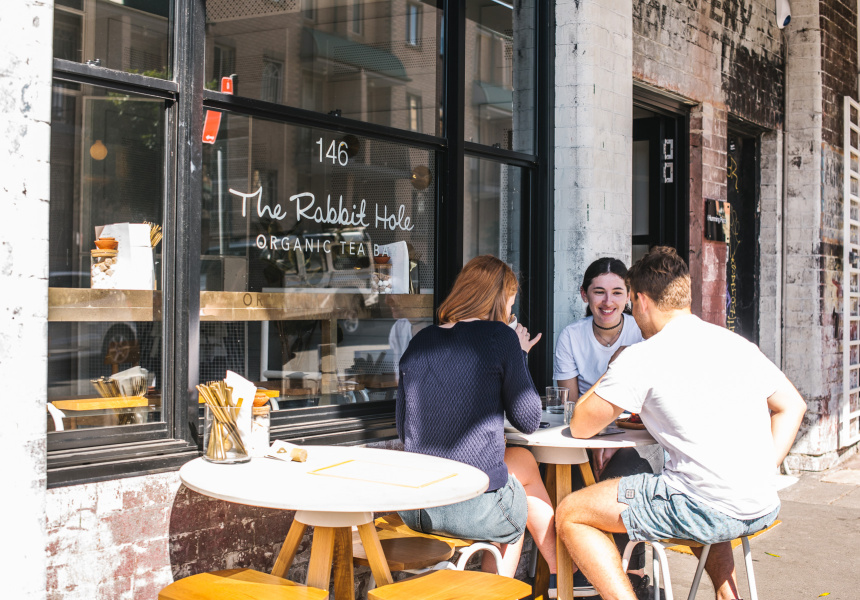 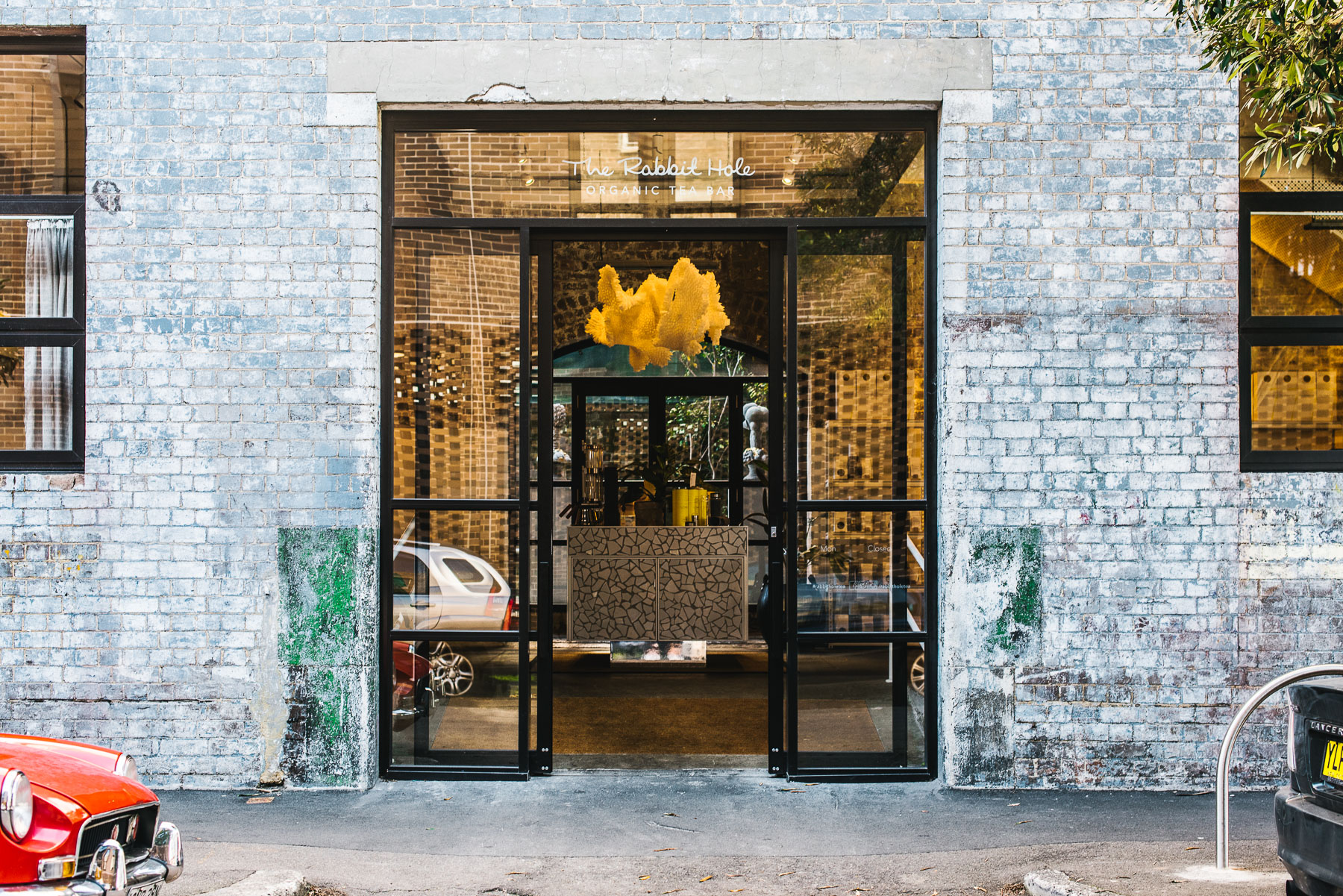 Many Australians drink tea religiously, but rarely in public or as a social activity. Booze and coffee fill that role. Corinne Smith, co-owner of Rabbit Hole Organic Tea Bar in Redfern, wants to shift that.

“That was the impetus behind opening our tea bars, to provide that space” says Smith. It’s also addressing a trend blossoming in a younger generation. “Some interesting research suggests young people are moving away from alcohol in the last few years,” says Smith. “Certainly we’re noticing an uptake in the 25–35 year-old-age bracket. I think there is a growth in young people rediscovering it.”

We’re not just talking Earl Grey. At Rabbit Hole you can expect to try blends like White Delight (white tea with raspberries, cacao and coconut), Ginger Snap (ginger, cinnamon and honeybush brew), as well as tea lattes and tea soda on tap.

Smith has skin in the game. Along with co-founder Amara Jarratt she’s behind the Sydney Tea Festival, and the pair have watched it grow steadily since its debut in 2014 at Carriageworks. “When we started the tea festival we thought it’d be us and a few of our friends,” says Smith. “We got 5000 people through the door without really promoting it.” It’s now the biggest tea event in Australia, with over 80 stallholders and thousands of visitors. Each year since, they've seen new companies exploring speciality tea and innovative ingredients attracting “waves of people fascinated by it as a product and also as a lifestyle.”

Smith says she doesn't want casual drinkers to feel intimidated by exploring more about tea. “There can be a lot of highbrow chat about coffee and wine, and we don’t want to put that barrier up,” says Smith. “It’s such a great beverage and a mechanism for connecting with yourself and others. You won't find a culture on the planet that doesn’t have some kind of tea ceremony. We're trying to create a contemporary space to integrate it into your life.”