If you’re brave enough to try the “cry like a baby” chicken wings, have a glass of milk on standby. 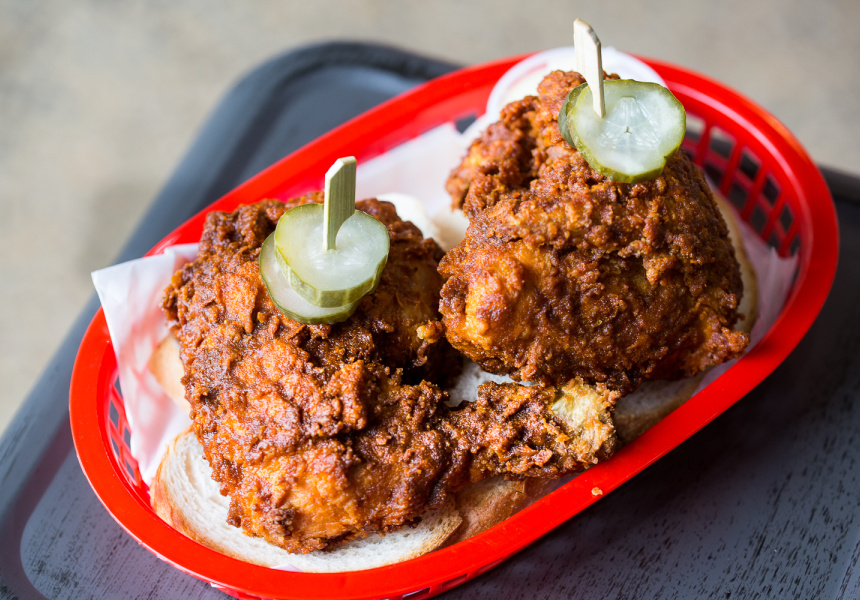 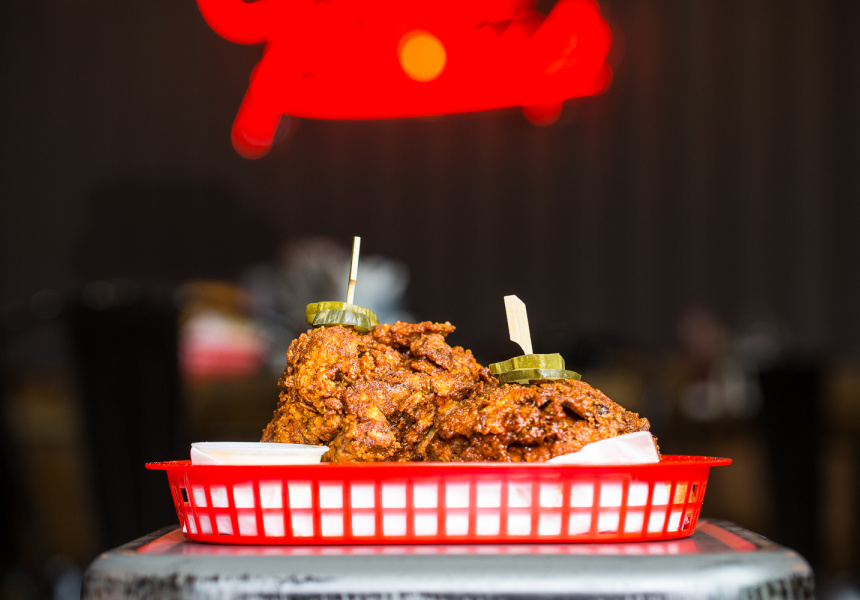 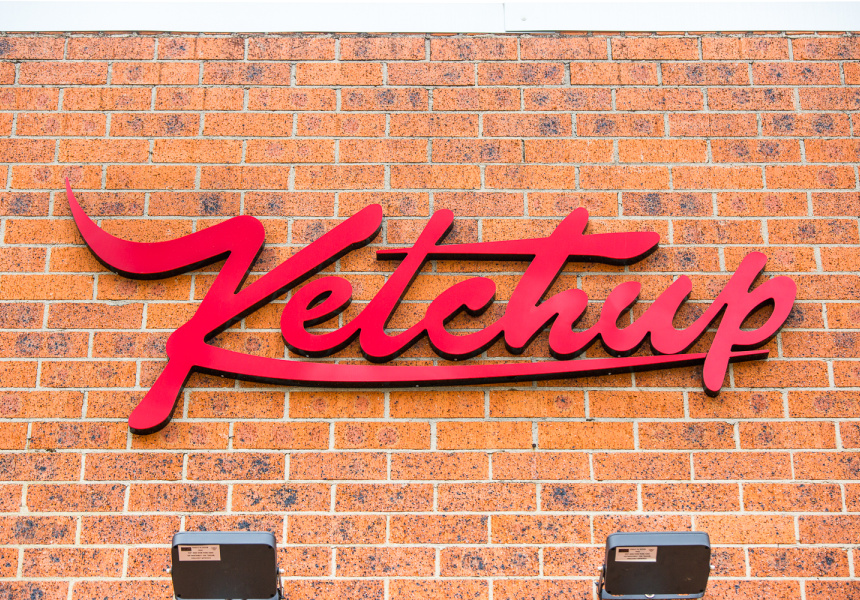 According to the founders of Ketchup Canteen, every fried-chicken recipe has a story. Like the one by Nader Zaki, Joseph Nguyen and Van Armota, who decided to whip up a spicy variation of their work-in-progress wings after finishing a busy night shift working from their western Sydney burger truck, Holy Heffa.

The chicken was fried and the spice mix prepared. “In hindsight, we should have brushed it on, not dipped the chicken straight into the mix,” Zaki says.

Whether or not the end product was a success depends on who you talk to. “I thought I was going to die that night,” Armota says, while Zaki and Nguyen maintain they enjoyed it.

“That’s the thrill of our fried chicken. Even though you know it’s going to be hot – we tell people that – they still come to try it. They’re smiling for the first few seconds, then you see the sweat dripping,” says Armota.

At the trio’s latest venture Ketchup Canteen – in an industrial area near Blacktown in Sydney’s west – the wings are made with mild, hot or off-menu “cry like a baby” spice levels. “We serve milk on the side for that one. We have to,” he says.

Although the partners have fostered a large Holy Heffa following, they hope people see Ketchup Canteen as a standalone concept. “We didn’t want to adopt a franchise model, opening a bunch of Holy Heffas because [Ketchup Canteen] has an independent feel. Using the same name and menu would take away from the uniqueness of the truck,” says Armota.

Having said that there are Holy Heffa burgers on the menu at Ketchup. The Heffa Homewrecka has a beef patty cooked medium and topped with cheddar, pickles, onion and Heffa sauce on a brioche bun. They are injected with "heffa" sauce, which is creamy with sweet, sour and tangy notes.There are breakfast burgers, too, including the Irrashernal, a maple-bacon and egg roll with cheddar cheese and Sriracha mayonnaise.

There’s also a chicken, waffle and maple sandwich, which Nguyen says perfectly balances sweet and savoury tastes. “You’ve got the spicy chicken that’s amazing on its own, [but then] the waffles give it a nice texture,” he says.

The casual space is simple, with an industrial feel. There are plenty of tables and seating at a long bench that’s illuminated from above with a neon sign that says “Ketchup”. For drinks, there’s Toby’s Estate coffee, a rotation of milkshakes and the usual assortment of soft drinks. “And the milk. You can’t forget the milk,” says Zaki.