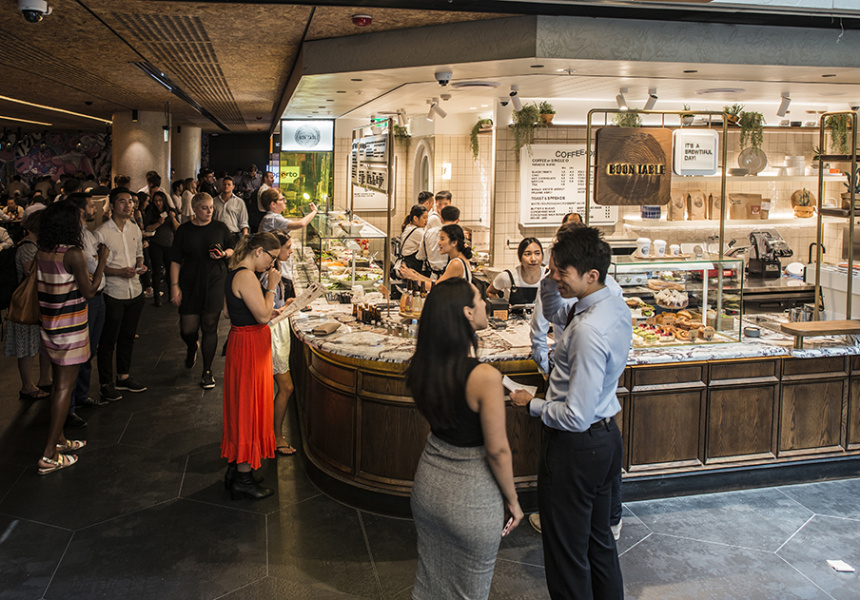 Boon Cafe and Chat Thai are Sydney success stories, but that doesn’t mean the Chantra family is content to keep replicating the same model. Each Chat Thai restaurant is different, and the same goes for the newly opened Boon Table, son Pat Laoyont’s first solo venture.

“We would never do anything we’re not confident with, but we’re not comfortable doing the same thing,” says Laoyont. “At Boon Table we wanted to create our own signature dishes that no one has ever seen before.”

Normally Laoyont, an architect, looks after the design of the family’s restaurants, but here he’s done the whole thing – including the menu. In the underground food court at the Galeries, Boon Table is a bright beacon. White tiles catch the light. The marble counter, with wood and brass accents, is split between coffee and pastry service.

Boon Cafe is known for its coffee, and Laoyont has made sure the Galeries location will have the same reputation. “Can you imagine going to a food court and thinking there’s good coffee?” he says. “No one ever thinks that.” But at Boon Table, the coffee is excellent, particularly the citrusy coffee tonic.

The menu is health-conscious and tasty, incorporating fresh produce and a blend of western and Asian flavours. The salad bar offers an almost overwhelming choice and, though customers can create their own dishes, the menu is so well-considered there’s no reason to go off-piste.

There are three meal categories: rice or noodle bowls, salads, and boon mi, Boon’s take on a Vietnamese pork roll. The pan-fried tofu salad blends shiitake, enoki and white mushrooms in a tart shoyu and ginger-mayo dressing, while the grilled salmon served with soba noodles offers some unexpected extras, such as roasted brussels sprouts.

It’s Boon’s version of the classic pork banh mi that really caught our attention, though. Not only are the sandwiches delicious, they’re huge. "The bread is fresh and chewy, the pate is made in-house and the roasted pork is delectably sweet.”

Chat Thai is celebrating 30 years this year, and Laoyont recalls the early days. “We came from nothing. When my sister and I were kids we went to the restaurant to help because no one was around to babysit,” he says. “We’d be in the back plucking basil leaves. We have great memories of that time.”

Laoyont says he’s happy to focus on the food-court venue for now, but perhaps there could be a Boon Restaurant in the future. “I’ve always been behind the scenes and this is something I wanted to do for a long time.”

This article first appeared on Broadsheet on February 13, 2019. Menu items may have changed since publication. 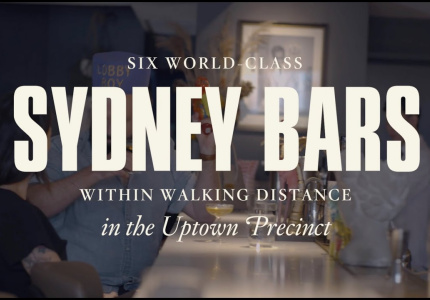