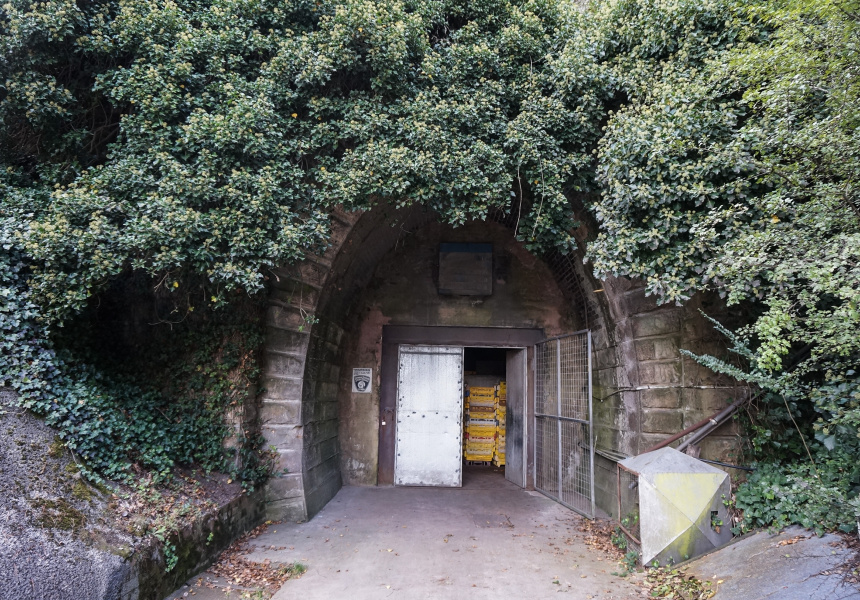 The Southern Highlands is known for its rolling green hills, grand estates and rose gardens. What is lesser known is that it’s home to an abandoned railway tunnel filled with curiously shaped mushrooms.

Four times a year, Dr Arrold takes visitors through his deep, dark lair, giving a rare glimpse into the world of mushroom cultivation. “You won’t find many mushroom tours around these days, farmers are too worried about contamination,” he says.

The tours are kept to strict numbers, attracting fungi fans from all over, with spots selling out weeks in advance.

The stash is then sold at farmers markets and supermarkets throughout Sydney, while some are delivered within 24 hours to Sydney’s best restaurants, including Quay, Tetsuya’s and Billy Kwong.

The 90-minute tour takes visitors down the 650-metre-long tunnel farm where its fascinating history unfolds along the way.

Built in 1866, the tunnel once formed part of a single-track railway line from Sydney to Moss Vale, but it was soon displaced by a twin track to the nation’s new capital, Canberra.

In the following years, the tunnel was used as a wartime refuge and a storage for explosives, before it was reborn as a button-mushroom farm and, finally, as Li-Sun Exotic Mushrooms in 1987.

The concept may seem unusual now, but 50 years ago it was quite common for farmers to grow mushrooms in tunnels.

“The country’s first ever white-button mushroom farm was in a railway tunnel in Circular Quay,” says Dr Arrold.

“Eventually mushroom farms popped up in railway tunnels all around Sydney, including Helensburgh, Otford, Katoomba and Lithgow.”

Today, Li-Sun is the only one left.

It’s the tunnel’s environment, namely its low temperature (16 degrees) and high humidity (85 per cent), which makes it the perfect love shack for spores.

Inside the tunnel, visitors will get the chance to see many different specimens, from shiitake on logs, to king browns in bottles. Sawdust sacks burst with the antennae of shimeji and the scarlet gills of red-oyster mushrooms.

Dr Arrold stops at each new variety, sharing the intimate details of its inoculation, to the various growing methods and picking processes, as well as answering questions along the way.

“What has really driven the business are all these food shows that feature exotic mushrooms,” he says.

“Australians are very adventurous with their cooking and they’ve also developed a taste for Asian cuisine, both of which have helped to drive the demand for exotic mushrooms.”

For those who need a bit of culinary inspiration, the tour ends with a pack of Li-Sun mixed mushrooms and a list of Dr Arrold’s favourite recipes.

Tunnel tours are held four times a year. The next tour is on September 30, with sessions at 10.30am and 12.30pm starting from 16 Davvy Street, Mittagong.

To book, head to li-sunexoticmushrooms.com.au