Is this appointment-only shop in an industrial zone in Sydney’s south the best Asian grocer in the city? 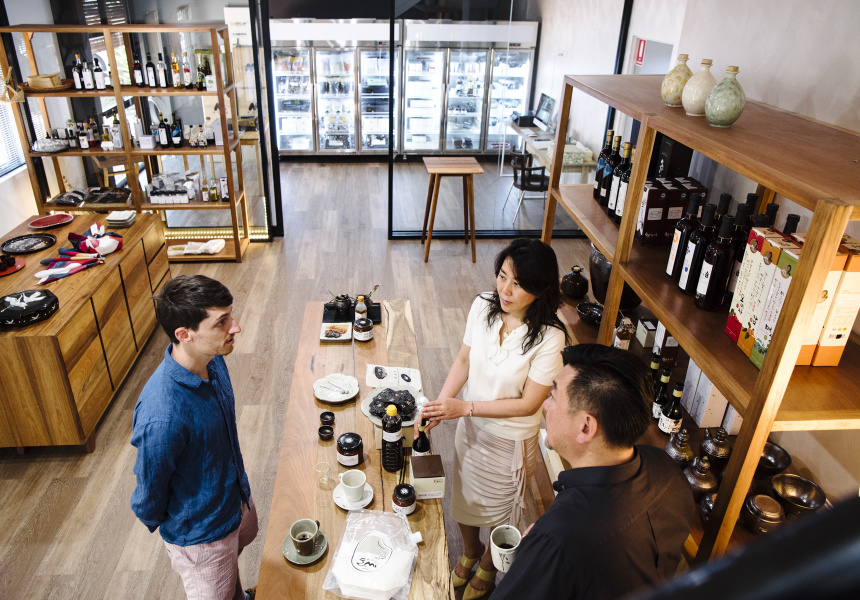 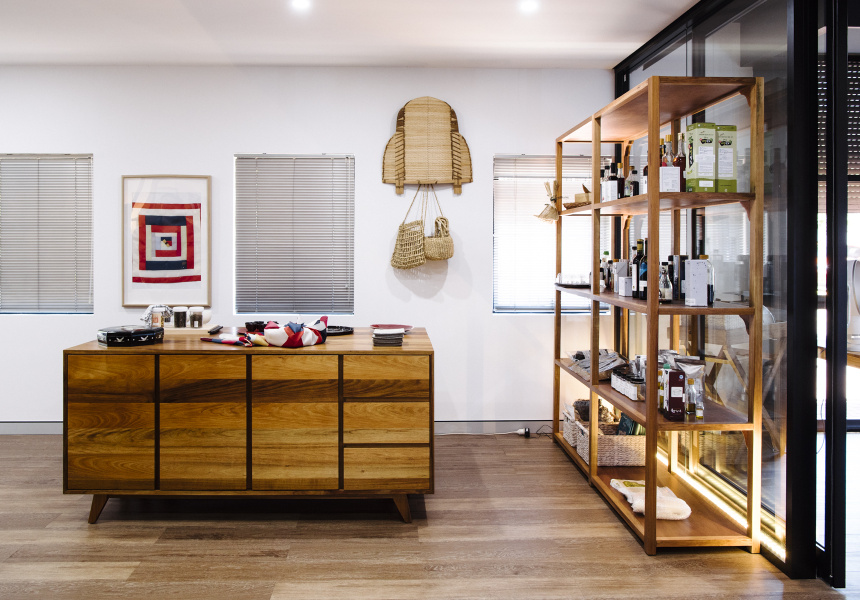 Ask any fine-dining chef in Sydney, maybe even Australia, where they buy Asian grocery supplies – things such as soy sauce, sesame oil and seaweed – and you’ll hear one response: Table 181.

What is it?
Table 181 is a tiny appointment-only shopfront wedged between offices and warehouses in the industrial zone of Banksmeadow. If you were to walk past it, you’d likely never notice it. Inside you’ll find an inventory of sauces, oils, vinegars, seaweeds, chilli pastes and cooking tools, and everything they stock is handmade by the most lauded, time-honoured producers and farmers in Korea. As a collection, there’s nothing like it in Sydney.

Originally Paul Lee and Idylle Lee were only interested in building their own pantry. “We had been living in Korea for 10 years, and when I came back I was frustrated with what I couldn't get here,” says Paul. It annoyed Paul that he could easily get high-quality French or Italian cooking products, but when it came to Korean goods, or East Asian in general, there was almost nothing of the same quality. The couple were frustrated enough to return to Korea and scour the country for the best of the best. Then Paul had an idea. “I thought chefs are always looking for something new, so I took some samples back and barged into one of the kitchens in Sydney,” he says.

It wasn’t just any restaurant kitchen, it was Quay, and luckily for Paul, chef Peter Gilmore happened to be there. "I said ‘hello’, and we started talking and I gave him some samples. He called me back a few weeks later and said, 'I'd like to use this stuff.’”

From there the bowling pins fell. After Gilmore, it was Ben Greeno at Momofuku (he’s now at The Paddington), Brent Savage from Bentley, Ben Sears and Eun Hee Ann from Moon Park (now Paper Bird), Melbourne’s Andrew McConnell, Dan Hunter of Brae and eventually Rene Redzepi from Noma Australia. Now the Lees stock most of the top Australian restaurants – well, those that incorporate East Asian flavours.

The reason the client list doesn’t include punters walking in off the street, is the ingredients aren’t exactly cheap (one of the soy sauces here sells at $95 a bottle). Paul is worried they’ll feel ripped off. “It's hard for even chefs to understand what the heck to do with these products,” he says, adding many have a very different flavour and use to a lot of the “chemical filled” products people use at home. “Someone who's been using MSG for 30 years might taste this and not see the point.”

“Hunter of Brae once said he liked our black sesame oil. I then got 100 emails saying I want your sesame oil but when they found out what it costs, they backed off. A few people do come in and come back though,” he adds. “If you accustom your palate to something that is nice, then it's really difficult to go back to something that isn’t.”

Paul and Idylle sell a lot of Korean specialty products, even a few traditional robes and ornaments, but for an idea of exactly what “nice” is, here’s four of their best sellers.

Ssalajimae virgin sesame oil
Like with olive oil, a virgin sesame oil only includes liquid procured from the first press of the seeds. Many producers will press the seeds a second, third and maybe even fourth time then blend all the oils together to produce more oil. This degrades the oil both nutritionally and aromatically. Not this bottle. “It was farmed, harvested, toasted and bottled by the same person. It's a completely single origin virgin sesame oil,” says Paul.

You can smell the difference as soon as you open the bottle; it’s immediately fragrant. It’s a much cleaner taste too, maybe slightly sweeter and doesn’t have that harsh earthiness sesame oil can carry. Don’t cook with it though, most of the flavour will be lost. Use it as a dressing.

Sang Chon 12-month aged gochujang
Gochujang is a fermented Korean chilli paste made with chilli powder, glutinous rice, fermented soybean powder, malt and salt. It’s the sauce often served with the most famous of Korean meals, a bibimbap – a rice, vegetable and sometimes meat, mixed rice bowl dish. Most of those, though, are dead. That’s to say, the sauces served with almost every bibimbap are low quality gochujangs with no active fermentation going on. In fact, there may have never been a natural fermentation to begin with. “This has been aged for at least eight months – that's very important. It's like a fine wine, it just improves and improves.”

It’s radically different. It’s thick, nutty, complex, textural, rich, pungent, tart and almost absent of any sweetness. Add this to anything and you’re instantly going to have a much more interesting, complex flavour. Paul jokes although he writes a use-by date on the jar, if it was to live beyond that, he’d have to charge more as it becomes a better product.

Tashima
Tashima is the Korean name for kelp. In kitchens it’s known as kombu or nature’s MSG. In fine-dining restaurants across Australia it’s used in a wild range of dishes, as it’s one of the best ways to add umami (umami means savoury taste; it’s one of the five basic tastes together with sweetness, sourness, bitterness and saltiness).

“At home we just have a pot with cold water in the fridge and put it in. No matter what I'm cooking, I just add a bit of that liquid to give a bit of flavour. It’s a fundamental part of all our cooking.” The reason all the big-name chefs use Table 181’s is because the kelp they source is handpicked and trimmed for minimum bitterness and maximum flavour.’

Sang Chon Soy sauce
“The biggest difference between a soy sauce from Japan and Korea is that the soy sauce from Korea has no wheat. It's just soy beans, salt, water and that's it. What that does is, well it takes a long time to make because there's no sugar in the grain to break it down.”

The result is what Paul calls macho soy – a vegemite smelling, vegemite coloured, funky, salty, slightly viscous liquid that instantly floods your palate with flavour. It’s $95 a bottle but it’s so intensely flavoured and richly layered, you’d barely need a drop to completely change the complexion of an entire dish.

Open by appointment only. 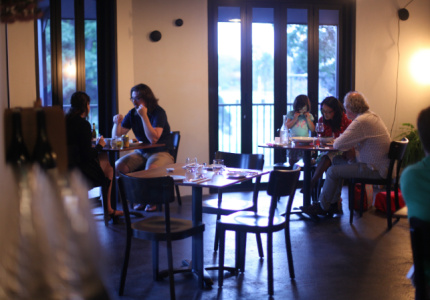