How Noma changed the way our chefs approach their craft, and how it's influencing the food we'll eat in future. 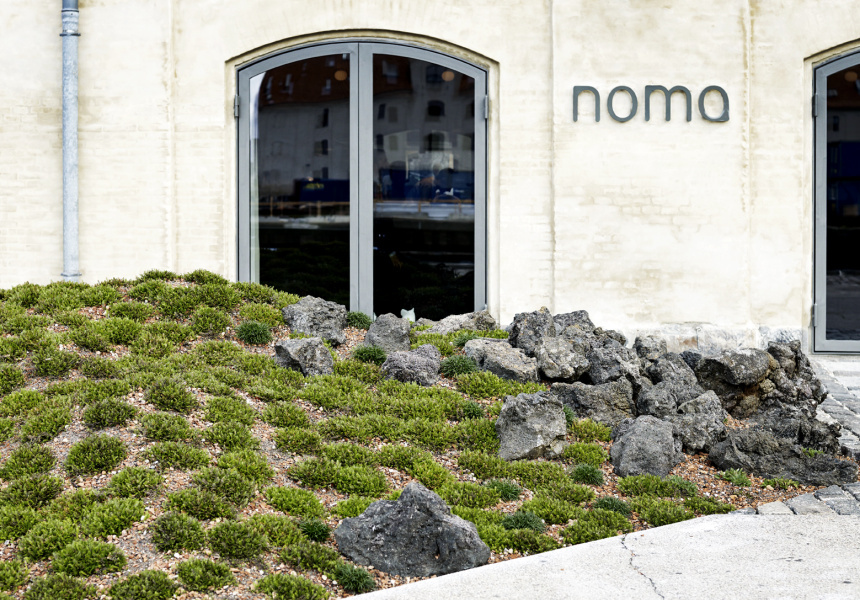 Noma Australia opened yesterday at Barangaroo. It is the third global pop-up for the world-famous restaurant and the culmination of more than a year’s intense culinary research for René Redzepi. The admired chef, who for four, nearly consecutive years (2010, 2011, 2012, 2014) was at the head of the number-one restaurant in the world, is fascinated by Australia.

After delving into our breadth of native ingredients with such unrestrained enthusiasm (especially on Instagram), it’s hard to imagine Redzepi going back to Denmark and returning to a menu without magpie goose, crocodile fat, blood lime or spanner crab.

The build-up to opening day has been intense, but Australia had been hypnotised by Redzepi and his restaurant well before the chef ever set foot here. To work at Noma in any capacity, whether it’s a month-long unpaid stage as a young chef; as a member of the front-of-house team or up as high in the ranks as sous chef; is the pièce de résistance on the CV of anyone in the restaurant industry. A steady stream of Australians have made the journey to Noma, all of them returning full of inspiration for foraging, natural wine and relaxed, knowledgeable service.

James Audas, now restaurant manager and sommelier at Silvereye in Chippendale, spent a year at Noma from March 2013 as part of the front-of-house team. Audas initially travelled there for a stage appointment, but found himself in the right place at the right time when a member of the wait staff left. He quickly jumped to fill the position. His experience there still guides him in his work today. “I went over not knowing what to expect,” he says. “Everyone took their jobs incredibly seriously, and it was challenging learning completely different food and a whole new style of wine that I'd never come across before.”

Audas cites Noma’s head sommelier, Mads Kleppe, who has travelled to Sydney with the Noma Australia team, as someone whose talent shines brightly and who always encouraged him. “He always took the time to tell me about new styles and producers,” he says. “For me, he’s one of the greats worldwide, just because he’s so far ahead of anyone in the fine-dining scene. His knowledge and enthusiasm for trying new things, and his adventurous nature in pairing wine, rather than playing it safe, was so inspiring. He’s always looking to push boundaries.” Audas was also greatly influenced by the restaurant’s approach to service, which is knowledgeable yet relaxed, with staff encouraged to let their personalities shine through.

Audas believes that diners and drinkers here at home like having their boundaries pushed, too. His taste for wild, natural and organic wines stemmed from his time at Noma, and has resulted in a wine list at Silvereye that not only matches ex-Noma chef Sam Miller’s delicate, vegetable-leaning menu, but tests and expands palates beyond the usual food and wine combinations we’re used to here. “When I came back [from Noma], my passion was to work on a similar project, and working with Sam has been a dream,” he says.

Sam Miller was born in the UK and opened Silvereye inside the Old Clare Hotel last year. He spent three and a half years there between 2009 and 2012, firstly as chef de partie and then executive sous chef; he was described as Rene Redzepi’s right-hand man. Miller’s time at Noma is clearly visible on his new menu. “As a chef it shaped my overall approach to cooking, my style and cuisine,” he says. “If I’d never been to Noma, [my menu] would not be what it is now, in any shape or form. [Redzepi’s] approach to freshness and lightness, his use of juicy, crunchy vegetables, and how to look at food with a creative focus, is what I picked up.”

Redzepi’s love for native ingredients, though, hasn’t completely swamped Miller’s style. “We use some finger limes and wattle seed and we forage herbs from the beaches, but the size of this country freaks me out a bit,” Miller says. “I don’t like getting things from the Northern Territory, because it’s thousands of miles away. I prefer sourcing from NSW, so it’s closer. We tried some green ants but we weren’t so impressed with them. Flavour has to come before anything else.” Redzepi did pop by the restaurant in its second week, though. “He said he enjoyed it, which was good,” says Miller. “I’m never going to grill him too hard.”

Luke Burgess, owner of the (sadly) now closed Hobart restaurant Garagistes, and currently head chef at 10 William Street, completed a five-week stage at Noma in 2009 just after he moved to Tasmania. Back then, Burgess was one of only four stageirs at Noma, which meant he could work closely alongside the team and during service. These days there can be up to 40 stagiers at any one time. In some ways it reminded him of Tasmania, his new home. “I took away from that experience a better understanding of what I could do where I was living,” he says. “The creativity was also inspiring because they treated every ingredient as though it had the potential to be luxury, like looking at celeriac as though it were caviar.”

Menus across Sydney are growing lighter, more vegetable focused and fermentation is a technique that is here to stay, all hallmarks of Noma’s approach. It’s also clear that the natural-wine movement has planted its roots deep. But why has it taken a chef from the other side of the world to discover the potential of our native produce? Of course, when you live in close proximity to something it can seem naff or boring, but the truth is that we aren’t exposed to our native ingredients here everyday. Until very recently, they’ve been largely shrugged off. It’s exciting to see this bubbling excitement for our land that Redzepi describes as being, “like the moon” in its exoticness, even though for a long while, most were embarrassed to list things like wattle seed or kangaroo on menus. It’s taken an outsider’s eyes to rediscover our potential, and even, our culinary core.

Once the glassware has been packed up and the Danish sunburn has healed, we’re lucky Noma’s alumni will still be here, and still promoting what we should be - Australian ingredients.

Noma Australia will be open at Barangaroo for 10 weeks. Tables are sold out, though there is a waiting list on the restaurant’s website.