Ever tasted a vegetarian burger and mistaken it for meat? 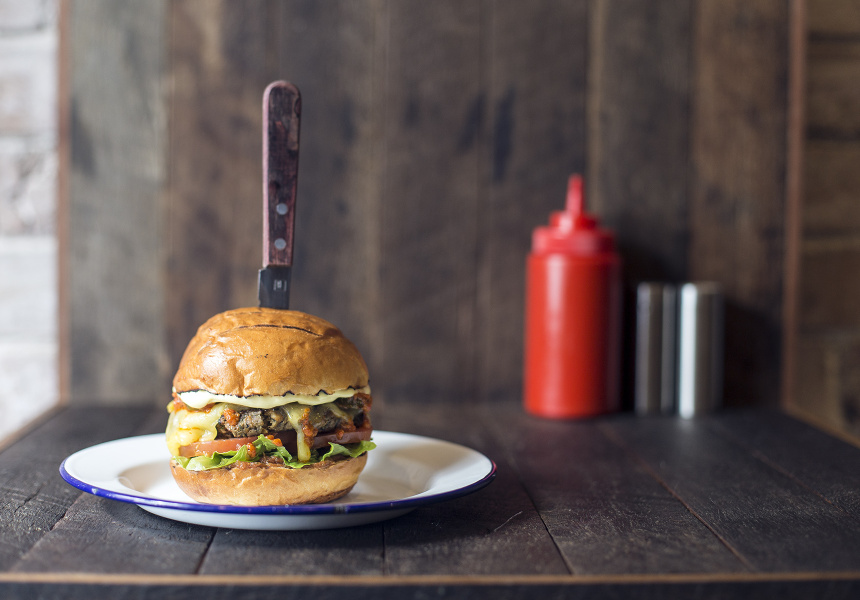 It’s not often you encounter a burger that makes you rethink what makes a great burger. It’s even less often, or maybe even never, that this thought comes from a burger with no meat in it.

The bar-like mini-warehouse space has been serving “flexitarian” burgers for about six months (that’s vegetarian burgers next to regular burgers) with only the most genuinely ethical meat, but just recently it decided that wasn’t enough. “What I'm doing now is an entire menu that's plant based,” says Amit Tewari, Soul Burger’s owner. Tewari was inspired to cut all animal products from the menu after he found out the vast majority of his customers didn’t know or care about flexitarianism. “For the past three months I've been doing some surveys. Most people are eating it because it's a good-tasting burger.” He decided the best way to encourage people to question their meat consumption was to do exactly that, serve good-tasting plant-based burgers.

We tried Tewari’s first-generation plant burgers and we’re impressed. All the stereotypes of vegetarian burgers being dry, healthy and lacking any savouriness or structure have been completely debunked. The chili beef could be mistaken for meat and drips with melted cheese and relish. The falafel burger is crisp, moist and full of flavour. “The idea of these burgers is not to have a health kick. The idea is to have big, filling food. I want people to come in and say ‘this tastes amazing’. It just happens to be vegetarian.” Tewari, who also works in cultured-meat research, imports the best vegan products from the US. The beef replica patties he uses are made from pea and soy proteins, and the chorizos are made like traditional sausage but instead of meat there’s a mix of vegetables, grains, herbs, wine and apple-cider vinegar.

Tewari says sourcing the best-quality vegan products is paramount. Unless the burgers taste incredible, he won’t attract meat-eating customers. “I've got zero per cent interest in appealing only to vegetarians. For me, if you get two guys who eat half as much meat, that's the equivalent of a vegetarian. I'm not religious about it.” The non-burger portion of the menu will receive less drastic changes. Soul Burger’s popular thick-cut, spiced chips will stay the same. The classic diner-style milkshakes will be offered with either soy or almond milk. The changes will happen in early November. While the falafel, chickpea and field-mushroom burgers are available now, the more experimental creations will filter onto the menu in coming weeks. 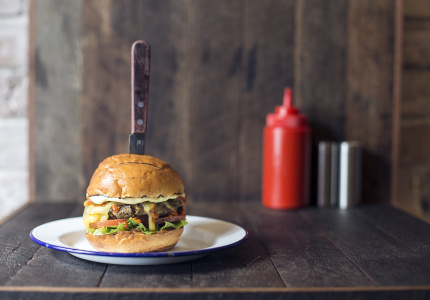