It will cover the entire top level of a new tower. 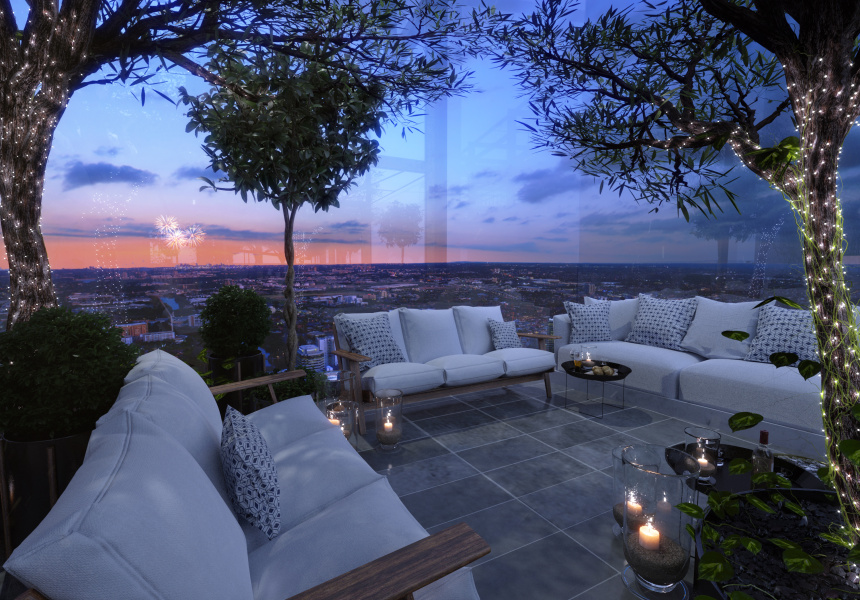 Parramatta is getting the biggest rooftop bar in Sydney. The colossal 600-person space will sit atop Coronation Property’s 54-storey 8 Philip Street tower, a development that will also be home to Rockpool and Saké.

The bar, covering the entirety of the tower’s rooftop area, will also be the highest in Sydney. At this stage, there’s been no confirmation of who will be running the enormous operation. Aras Labutis, development manager at Coronation, says there are still a few development hurdles to jump before settling on the concept and set-up in terms of bars and kitchens. “It will probably be more bar-style food, something that complements a nice drink or functions. Not necessarily sit-down dinners.”

The design, from Woods Bagot, is more worked out. “It will be a combination of indoor and outdoor spaces, a nod to international bars from Singapore, Thailand, New York and Shanghai. It will have an international luxury feel to it,” says Labutis.

An oddly corporate virtual reality video released by Coronation (you can watch with a headset at 8 Philip Street) paints a luxurious picture: marble bench tops; a hotel-like concierge; white, sun-lit lounges; a canopy of trees and glass roofing; and a view of what looks like the New Year’s Eve Sydney Harbour fireworks in the distance.

Being able to see the fireworks might seem farfetched, but it isn’t. Being 54 storeys up you can see way beyond Parramatta and its surrounds. “The views are spectacular. You'll be able to see the Sydney CBD and district views from all around the building,” Labutis says. “You'll also be able to see the new stadium. You may even be able to watch a Sydney FC Wanderers game.”

The bar is due to open, along with the rest of the development, around 2020.