Where to have your time in the sun this summer. 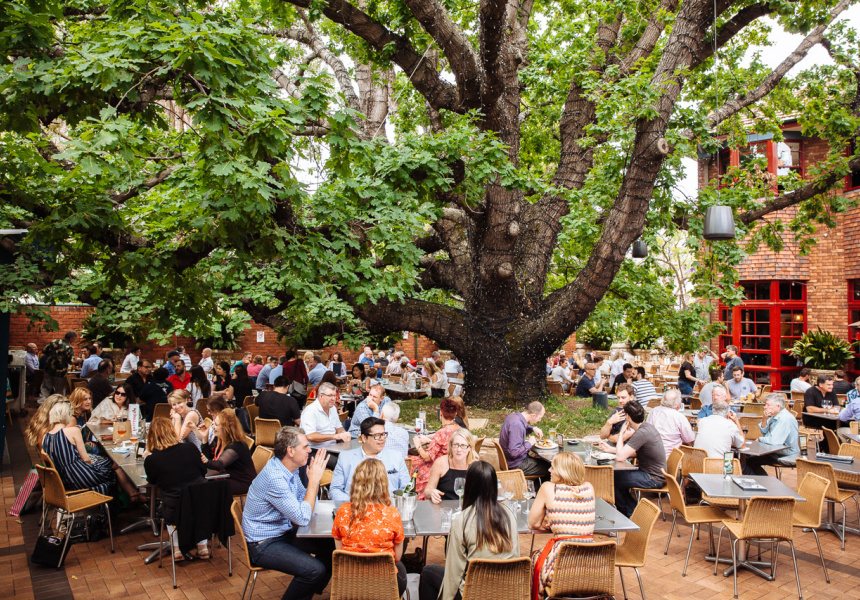 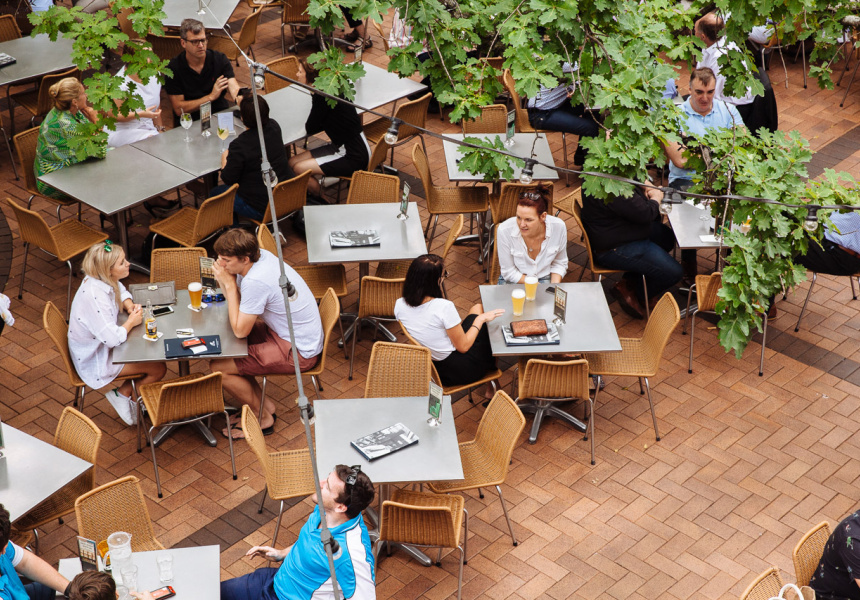 Perhaps it’s something to do with oxidisation. Or vitamin D. Whatever the science behind it, it’s a known fact beer tastes better in the sun. (Note: may not be fact.) So naturally we seek out the best spots to drink the frothy stuff in the sun as summer extends our days. Here’s a guide to the best beer gardens, rooftops and outdoor bars in our city to get some sun on you this season. 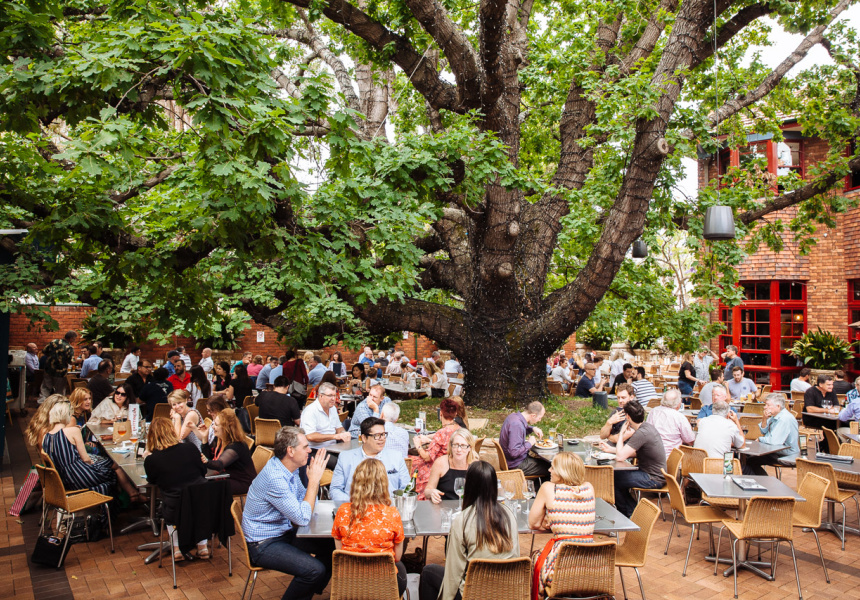 The Oaks has one of Sydney’s most spectacular beer gardens. Rather than the usual toss of wooden benches and vine-covered walls, the Oaks’ large courtyard has a massive oak tree covered in an enormous constellation of fairy lights.

The other thing going for The Oaks is the selection of brews, which includes more than 100 cans and bottles and a diverse tap list that includes James Squire, Six String Brewing, Moo Brew, and Little Creatures. 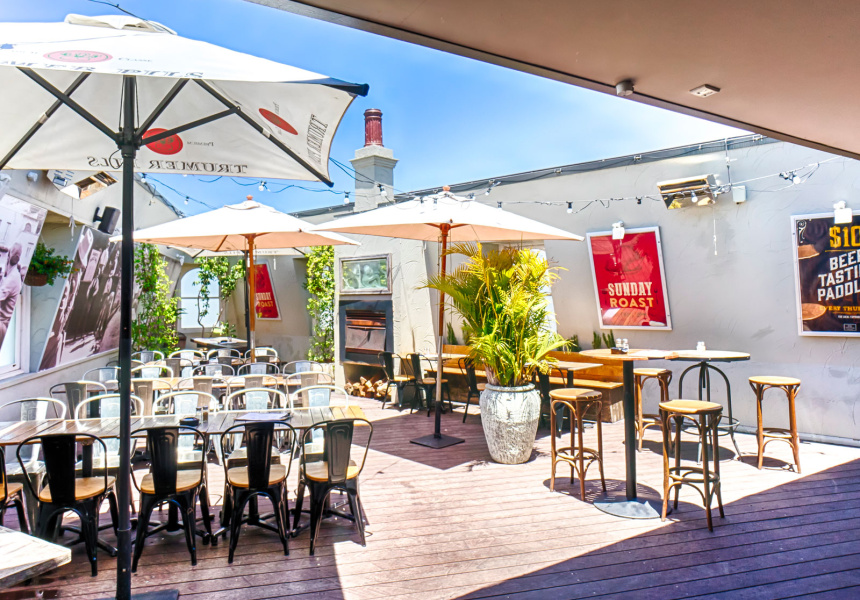 Put all that in the hands of another publican and you might get a pretentious establishment, but here it’s about accessibility. Most beer nerds already know all this. What they may not know is that hidden at the top of the Taphouse’s 1920s staircase is a quaint rooftop garden perfect for toasting the setting sun.

Ten years ago, talking about a bowl-o and craft beer in the same sentence would have been laughable. It even sounds pretty odd now, but one venue in Sydney is leading the way. Established in 1896, Petersham Bowling Club is by almost any measure a classic – cheap prices, austere interiors, simple grub and bright-green lawns. Unlike most other bowl-os, the ales you’ll be holding beside the green won’t be big-time commercial brews, they’ll be local, inventive products. There are a couple of house beers, paired with a range of rotating interesting local producers on tap. 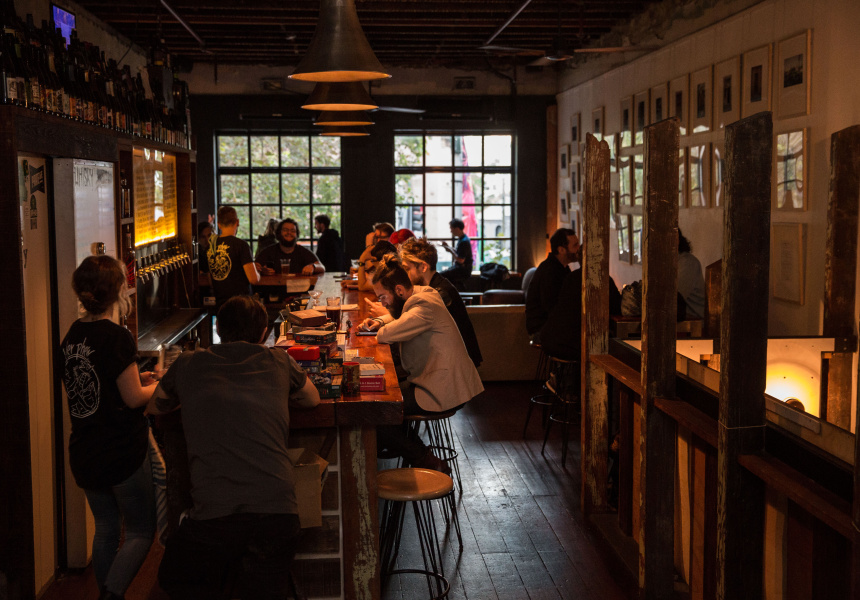 If the Local Taphouse is the heavyweight champ of the Sydney craft beer scene, Bitter Phew is the lightweight champ. The cosy Darlinghurst bar is barely half the size of the other venues on this list but still finds the space to stock 12 taps and more than 300 beers. If you’re not parked in the lounge, huddling over one of the bar’s many board games or getting an on-the-house beer education at the bar, look upstairs. There’s a quiet rooftop space, cosy and quiet enough to serve as a great date spot, or simply a peaceful place to enjoy a solo beer in the sun after work. 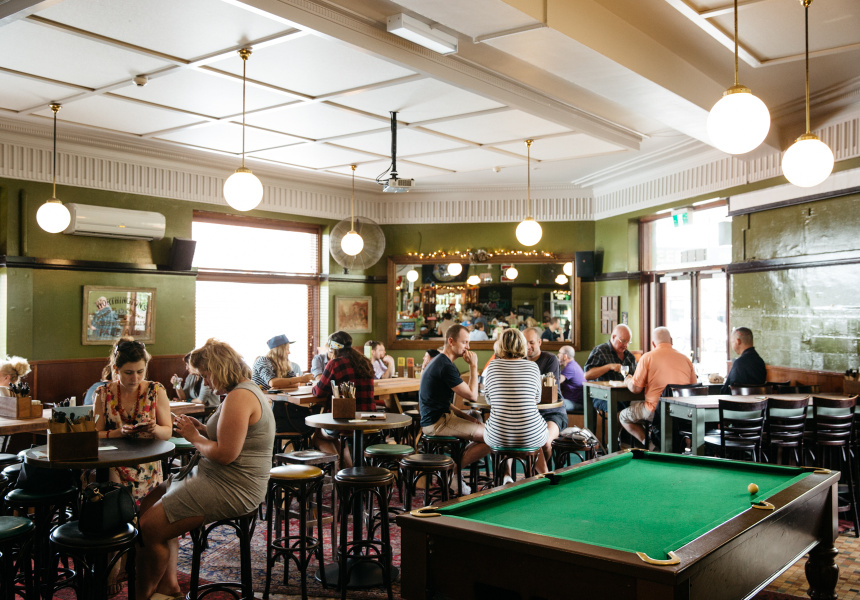 The Erskineville Hotel, affectionately and semi-officially named the Erko, has two prime outdoor spots for summer beer. One is your typical tree-shaded street-side bench spot, the other a slick wooden deck and garden.

The latter is where the action is. Courtesy of a large smoker dedicated to traditional American barbeque, the sun-drenched courtyard is surely the most aromatic and appetising beer garden in all of Sydney. Tuck into a slab of smoked brisket, saucy ribs or maybe some spicy buffalo wings paired with a fruity or sour brew. 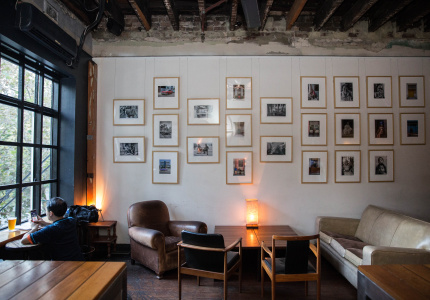 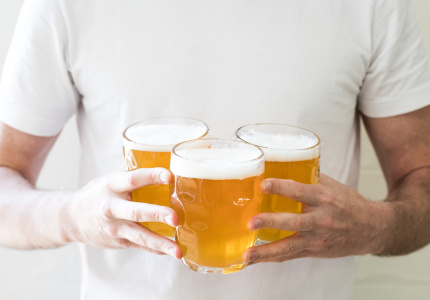 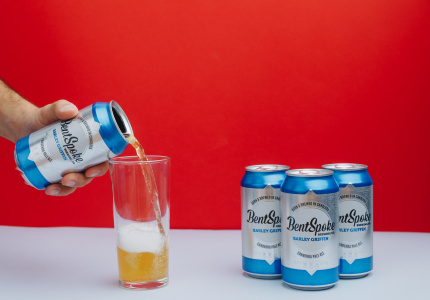