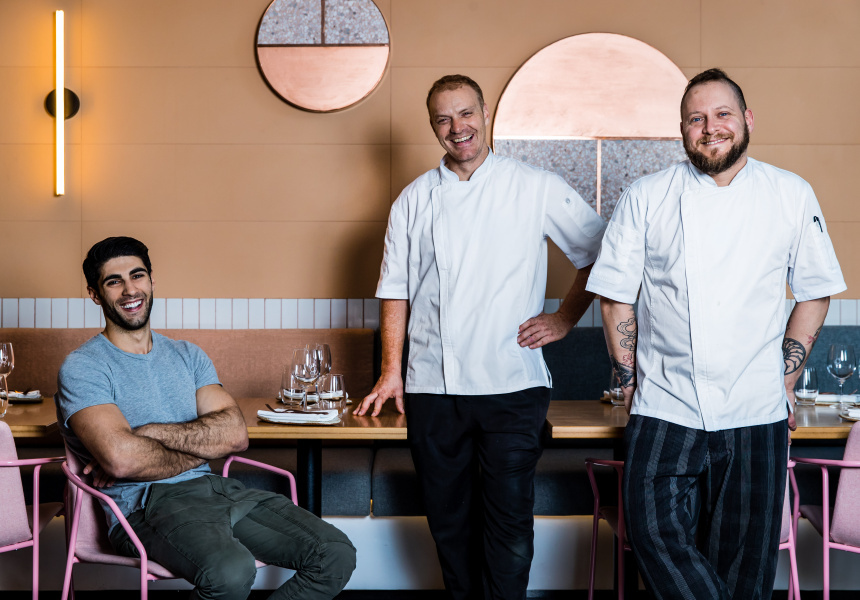 We’re in the midst of a Lebanese restaurant revolution. While Elizabeth Street in Surry Hills is crammed with old-world favourites such as Abdul’s, we’re starting to see a more stylised approach to Lebanese dining in Sydney.

A growing desire for modern Middle Eastern food has spawned a fleet of new venues changing our perception of the cuisine. While the typical mirrored cushions, belly dancers and shisha pipes hold a special place in our hearts, these recent openings are fresh and sophisticated.

Cubby’s Kitchen
Cutting a culinary path through Lebanon and Japan, this new addition to Crown Street is from Matt Yazbek (behind Toko and Crown Street Fish Shop). Traditional Lebanese dishes sit beside Japanese-fusion creations such as chunky babaganoush with sweet miso, and hummus with edamame and Japanese chilli. “This is a new style of Middle-Eastern-Arabic-Mediterranean … challenging and pushing new boundaries while retaining the tradition of culture,” says Yazbek . The design is industrial, featuring hanging lights and timber throughout.

Nour
A collision of cultures and techniques, Nour is the most creative take on Levantine (eastern Mediterranean region) food we’ve seen in Sydney. Run by Palestinian head chef Nader Shayeb (ex-Moro, London) and Israeli sous chef Ram Kimelfeld (ex-Raphael, Tel Aviv), the kitchen churns out charcoal roasts and stews from a wood-fired oven. DS17 is behind the venue’s look. “We wanted no resemblance to Lebanon in the design,” says owner Ibby Moubadder. It’s all light timber, pink tones and views of the kitchen and bar.

Old City Kitchen and Bar
Here is pita as it’s meant to be: just shovelled from the oven, all swollen and chewy at the edges. All of the mezze dips are made with fresh ingredients; haloumi is made by the owner’s mother-in-law; and the falafel has that crisp-edged softness. While the food here stays true to tradition, the design doesn’t. “We’ve tried to keep it modern and industrial but still casual,” says owner William Hussary. Decor includes a low-hanging canopy of bare light globes, exposed bricks, black steel and wooden furniture. The other atypical aspect is the cocktails.