What do Icebergs, Old Mate’s Place, PS40, Cantina OK and Re– all have in common? They use the same premium ice to craft their top-shelf cocktails. Here’s where they get it – and where you can too. Bartending has come a long way from just mixing spirits together. Like chefs who take pride in where their ingredients come from, bartenders are placing the same high standards on what they use when making a top-shelf drink. Some bars have opted to use more premium craft spirits, making syrups in-house, using quality mixers and carefully selecting the appropriate glassware.

The only element that – until recently – hadn’t changed, according to French-born, Sydney-based Damien Liot, was the quality of ice. It was something the Baxter Inn alumnus recognised during his travels through Japan and the US, which gave him the idea to establish Bare Bones Ice Co, a company dedicated to producing premium drinking ice.

“In Japan they have this culture of good ice everywhere,” Liot tells Broadsheet. “At any 7-Eleven you can buy super good ice; it’s just what the standard is there, so what we started doing was replicating what the Japanese were doing with American technology. Because what the American bartenders in New York started doing was replicating what the Japanese bartenders were doing, which was using ice-sculpting equipment … to cut ice for drinks and cocktails.”

Liot’s ice is made using Sydney’s best tap water, yet it’s a far cry from the cloudy ice cubes found in many home freezers. At Bare Bones’ Alexandria warehouse, the team uses specialised equipment, similar to the machines that ice sculptors have been using for decades.

“We use a machine that freezes ice from one direction, [a process] called unidirectional freezing. It pushes all the impurities and air bubbles to the top, and when you remove the top, what you’re left with underneath is just a large block of clear ice,” Liot says.

Each block of ice emerges weighing 150 kilos; it’s cut down into cubes using tools such as chainsaws and bandsaws. The entire process takes four to five days. And the result is flawless, slow-melting ice.

“What is important is that the consistency of the ice is as dense and clear as it can get. What that means is it chills very fast and it melts very slowly, which means if you have that nice premium single malt you can have it on ice and you won’t ruin your nice whisky,” Liot says. “The ice will still melt – it’s not magic – but our ice is as good as it can be in regards to chilling a drink or for when you want to sit on your drink for a bit longer.”

But demand for quality ice to make a cocktail isn’t unique to the hospitality sector; there’s also been a surge in demand from home mixologists, particularly during the lockdown periods, Liot says. To keep pace with orders, Bare Bones Ice Co will be moving into a bigger facility in Sydney’s inner west that will feature specialised walk-in freezers and upgraded equipment. “We’re going to develop new products, and maybe we’ll develop our artistic side and work on some ice displays.”

Sydney Pantry is a series celebrating ingredients made by Sydney’s greatest producers that have gone from cult classics to kitchen staples. 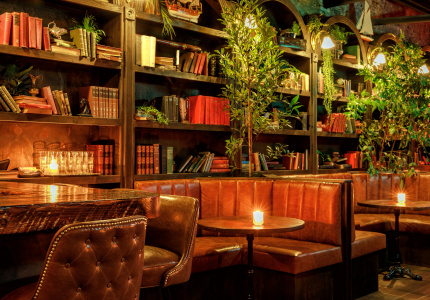