Sydney Gets Its First Modern-Filipino Restaurant 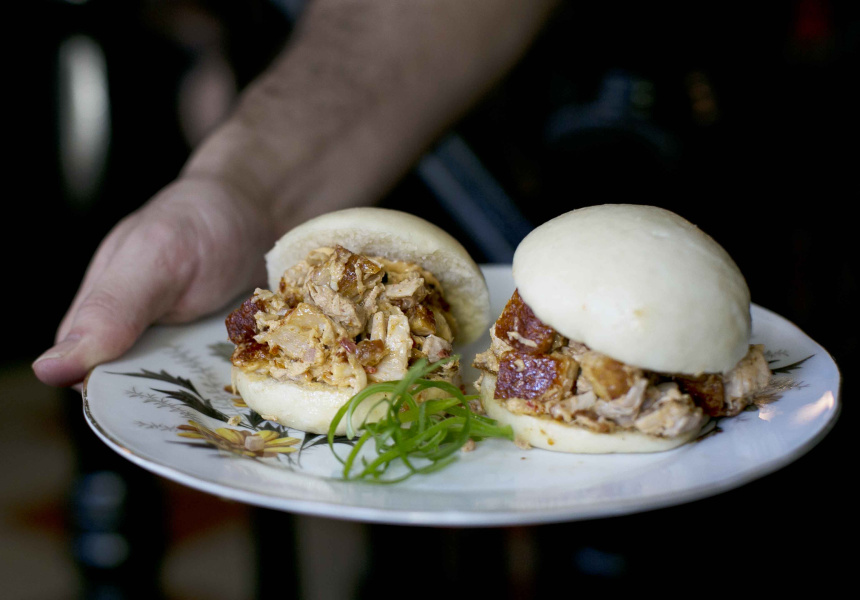 In a city where Asian cuisine is ubiquitous, Filipino food is curiously under-represented. Jonathan Bayad, owner of the newly opened Rey’s Place in Darlinghurst, believes that’s because the cuisine is perceived as unapproachable.

“I think Filipinos are afraid of how our food will be received by a Western audience,” says Bayad. “Even I was apprehensive; I was just going to open a bar. But then I thought, ‘No, Filipino food has to be represented’. And as soon as I opened, people came to me and said, ‘It’s about time someone did this’.”

There is some traditional Filipino food in Sydney. La Mesa in Haymarket and Sizzling Fillo in Lidcombe both do it well, but modern-Filipino food of the sort Bayad and chef Shaun Oligo have on the menu is new here.

“We’ve modernised the presentation and we use local ingredients, but I think a lot of our dishes are still true to flavour.”

Here, lechon (suckling pig) is slow-roasted so the skin turns crunchy. It’s served with lechon sarsa, a sauce made of vinegar, onion, chilli, garlic and brown sugar. Charred chicken livers give the sauce richness and a thick consistency.

The dessert menu is succinct – there are just three dishes on it – but Bayad says it’s hard to go past the turon (fried banana fritter). “There are so many good Filipino desserts it’s hard to know where to start, but turon is the best,” he says.

To make it, Oligo uses sweet plantain bananas poached in demerara syrup, which gives a caramel flavour to the dish. Instead of the usual ube (“oo-beh”, purple yam) ice-cream, it’s served with ube parfait.

Don Papa Rum is a perfect accompaniment to the dessert. Distilled in small batches from sugar cane grown on the island of Negros (the fourth largest island of the Philippines), and aged in American oak for seven years, it features heavily in the cocktail menu. Don Papa is a slightly sweet, caramel- and orange-scented rum, and its smooth flavour lingers on the palate. Try it in the Rey’s Place Old Fashioned.

The narrow restaurant’s 35 seats are split over two floors. With its leather banquettes, round marble-top tables and milky-white glass lights, the small venue has a French-bistro vibe Bayad admits has nothing to do with the Philippines. “I just like it,” he says.

The restaurant is named for Bayad’s father Rey, who comes in regularly with Bayad’s mum, Victoria, to help.