Hearty Turkish breakfasts with coffee from Deluca, Biscoff thick shakes and baclava, and a florist-cafe hybrid (with pastries from Tuga). 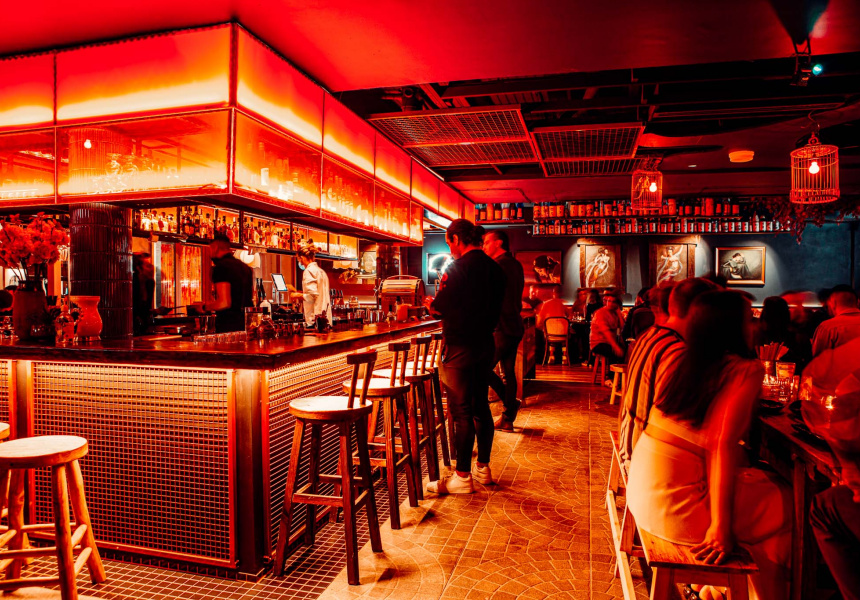 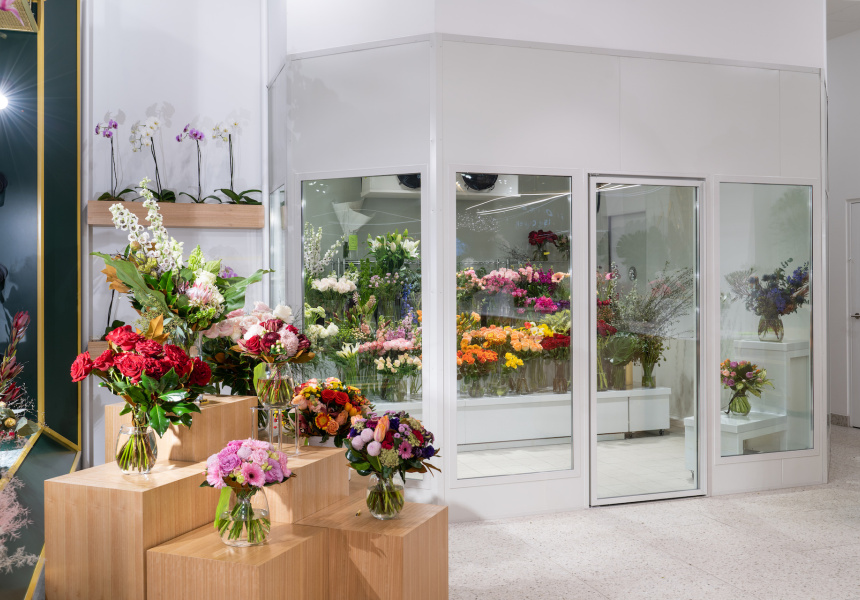 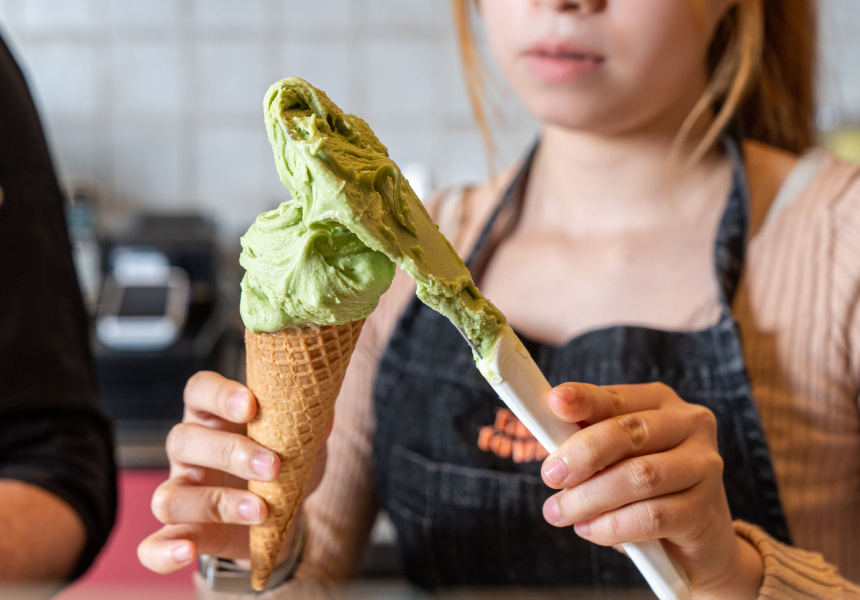 Blumin, CBD
Blumin can’t decide if it’s a florist or a cafe, but it doesn’t really need to – it excels on both fronts. To one side of the bright CBD shop, a florist arranges bunches of flowers at a long marble counter. Across the room a barista works the espresso machine, churning out Single O coffee and serving Portuguese tarts and other pastries from Tuga. Vases filled with bouquets of plump peonies and dahlias and clusters of hardy natives decorate the room, and in the centre is a dramatic glass coolroom where the delicate blooms are kept. In the future, co-owner Pavel Shostak plans to open a production kitchen to make pastries in-house.

Mama Saan, Bondi
Like many venue owners, Andrew Wallace took lockdown as an opportunity to renovate and reimagine his Bondi diner Mama Saan. The restaurant and bar has been totally revamped with a new menu, kitchen, bar and look. Wallace calls it a “futuristic Japanese feel, with pinks, reds and neon”. But it’s not the fit-out he’s most excited about, it’s the music. Diners can watch open-mic performances while enjoying beef tataki with kimchi mayo and citrus soy, or sip on watermelon and gin cocktails while listening (and dancing, once restrictions ease) to Sunday-night jazz. Wallace is passionate about supporting the music industry and artists perform five nights a week.

Malika Bakehouse, Botany
Malika Bakehouse has two categories of customer. There’s the early-morning crowd seeking Deluca coffee and house-made pastries, and the 8am crowd that arrives once dine-in begins. Between running Malika and his CBD restaurant Above Par, co-owner Efe Topuzlu is working around the clock. His passion shows in a menu of delightful Levantine dishes and baked goods. There’s a sujuk (spicy sausage), harissa and cheese borek, and Biscoff baclava (which has found fame on Tiktok). You’ll also find substantial breakfasts such as menemen (chilli, scrambled eggs, capsicum and tomato), and a Turkish breakfast with tomatoes, simit (bread), fried eggs, sujuk, jam and honey.

Tasty Towns Gelato, Rhodes
Despite its name, Tasty Towns isn’t just about gelato: it’s also making and serving sorbet and macarons. Gelato flavours include taro, sencha green tea with toasted rice, and black sesame, and sorbets are made with seasonal fruit. Right now yuzu, nectarine and mango-passionfruit are on the menu. The macaron display in the front window is bright and joyful, tying in with the neon signage and mural of gelato cones on the wall. But Tasty Towns isn’t all about aesthetics. The gelato and sorbet are served out of pozzetti, lidded silver pots designed to keep the dessert at an optimal temperature.

Bar Nexus, Pyrmont
Bar Nexus at The Star is all about taking nostalgic comfort food and giving it unexpected twists. There’s a peanut butter and jelly Old Fashioned made with peanut butter-washed bourbon and strawberry jam bitters; the popcorn Espresso Martini with popcorn vodka and cold-drip coffee; and an Appletini made with pisco, green apple liqueur and calvados, served with a misty bubble encasing the top. Biscoff features on the thickshake menu, mixed with Oreo or Kinder Bueno. Burgers come with maple bacon, pickles and buttercrunch, and are served alongside tater tots covered in cheese. Sleek black booths with black marble tabletops contrast with vivid pink and blue neon signs.