Sydney Dishes We Can’t Live Without

They've been on menus for more than a decade, despite some restaurateurs’ attempt to get rid of them. 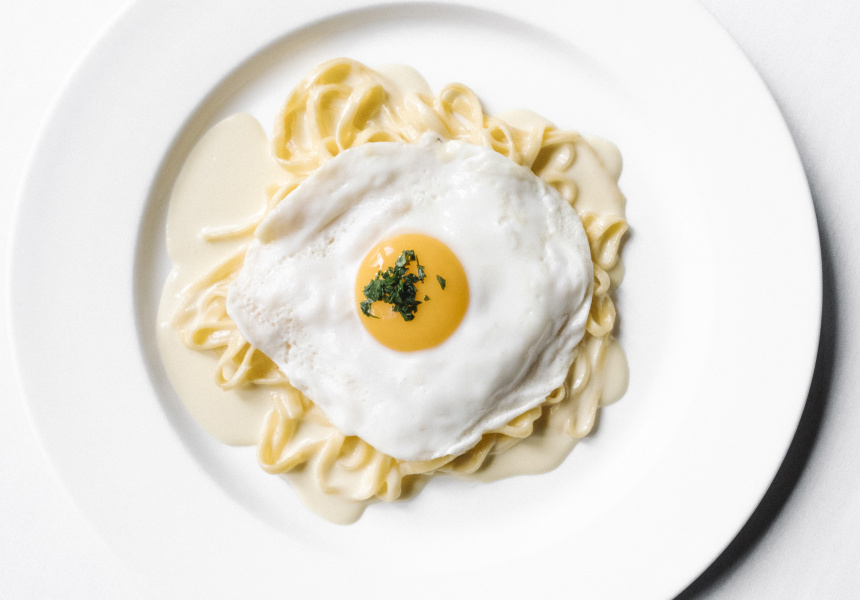 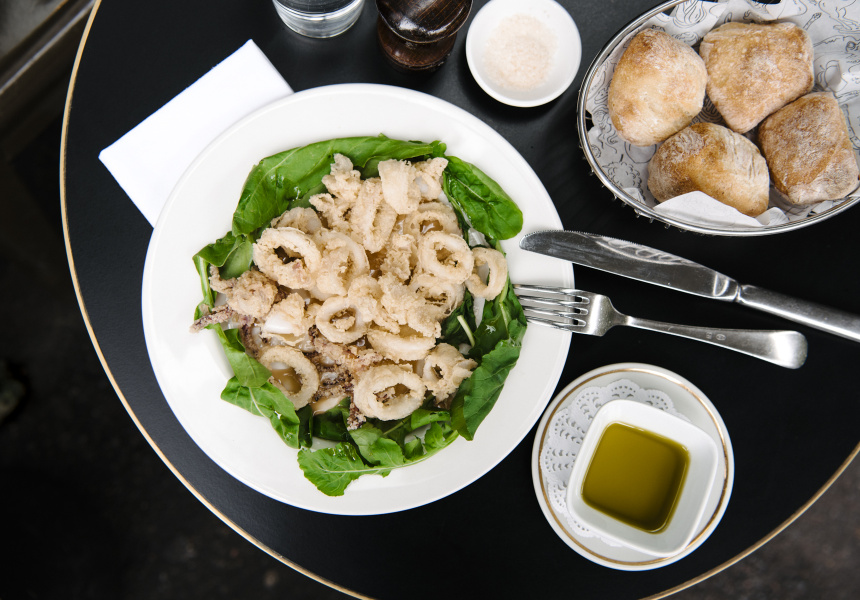 What makes a restaurant great – and enduring – is often its ability to adapt. That means updating menus weekly, or daily, and introducing dishes seasonally and based on the best produce locally available at the time. For chefs, the opportunity to develop new culinary creations can be what drives them to come to work each day.

And then there are those dishes beyond reproach – the ones that have been on the menu for so long it’s almost impossible to remove them for fear of enraging long-time loyal customers. The dishes that, because of their reputations, attract first-time customers to a restaurant specifically to try them.

We spoke to a number of Sydney’s dining institutions about their signature dishes, and why they’ve stood the test of time.

Twenty-six years ago Buon Ricordo owner Armando Percuoco received a phone call from the Donnini family, restaurateurs from Carlton in Melbourne, offering him a product they were importing from Modena, Italy: truffle eggs.

“That was during the time everyone had truffle-infused everything. I told him I’d had enough of it, I preferred to use beautiful, fresh truffle. Donnini told me no chefs in Melbourne wanted to touch the eggs, so I would be the only one using them in the country. So I let him send me a sample.”

When the truffle-infused eggs arrived at the Paddington restaurant the scent hit Percuoco immediately, and he was sold.

Percuoco says that in Italy, chefs would test a truffle not by look or smell, but by shaving some over the warm yolk of a fried egg, and then using the scent of the egg to make a call on it its quality. That idea was the inspiration for his dish.

“My wife is very critical, and she loved it, so it went on the menu,” Percuoco says, adding that almost half of all diners at Buon Ricordo order the fettuccine. “Now, if I take it off the menu I will go bankrupt, or someone will shoot me.”

To make his truffle-egg fettuccine, Percuoco starts with butter, melted with fresh cream until it’s the consistency of a sauce. Freshly made and cooked fettuccine is added to the sauce and then topped with a fried truffle egg. At the table a waiter then adds pepper, grated parmesan and stirs.

The recipe may appear simple – and most signature dishes are – but Percuoco says its success comes down to the fact it tastes exactly the same every time it’s served.

“But don’t ask me what they do to make these eggs,” Percuoco says. “After 25 years I still don’t know the process. And believe me, I’m a chef, I’ve tried to work it out.”

This dish was named for both chef Andrea Mantese, who was making it when the Potts Point restaurant first opened in 2001, and Saint Andrew, the patron saint of fishermen. It’s been on the Fratelli Paradiso menu ever since.

“Squid have always held a sense of mysticism, intrigue and wondrous stories to fishermen,” says owner Enrico Paradiso. “The only changes to the dish have been the addition of semolina, and the shape of plate from oval to round.”

The recipe starts with smallish calamari cut into fine rings, legs intact. The calamari is kept moist, then drained moments before cooking, dusted with a mix of plain flour and semolina and fried at 190 degrees Celsius.

The momentarily crisp, then soft, golden calamari combined with the peppery fresh rocket leaves and the sweetness of balsamic is brilliantly simple.

Beppi’s is one of Sydney’s oldest restaurants; it’s been in the same East Sydney location since 1956 and is still owned by the same family.

It was opened by Northern Italian immigrant Beppi Polese at a time when convincing Sydneysiders to eat mussels and calamari was a tough proposition. Over time, locals grew to love his traditional Italian menu, but that wasn’t always the case for the restaurant’s oldest menu item.

“In the ’50s and ’60s my dad was unable to buy mussels,” says Beppi Polese’s son, Marc. “So he bought a small inflatable boat and harvested the mussels himself from the wooden pylons of the old Spit Bridge [in Mosman/Seaforth].”

Beppi would bring the mussels back to the restaurant and cook them with fish stock, olive oil, parsley, garlic, tomato and white wine.

He would offer them to the customers, but most people thought they were better as bait, not dinner. So he would have to give them away for free until people came to like them, and the rest, as they say, is history.”

“The pippies were added to the menu in early 1990s when there was limited availability of live seafood to choose from,” says Golden Century’s owner Eric Wong. “The pippies we used were abundant in NSW at the time, and it wasn’t a very popular ingredient in the food scene.”

The secret to making the dish is that the pippies must be bought live, and removed from the wok as soon as they open. The other component is XO sauce, which the pippies are stirred through. It’s made from a recipe brought to Australia by Golden Century’s head chef (affectionately called Uncle Hung) when he immigrated from Hong Kong.

The sauce is made in small batches. It combines dried scallops (which can cost up to $300 per kilogram), dried shrimp, ham, garlic, chillies, shallots and oil.

“The quality of ingredients and the time and care it takes to make the XO sauce adds depth and complexity of flavour that is difficult to replicate,” says Wong. “It is a dish that is remembered long after it is first tried, and has people craving for it.”

Since its inception there has only been one alteration to the recipe: the addition of a pork-free XO sauce option.

Icebergs’ gamberetti is a deceptively simple dish: a heap of tiny, crunchy fried prawns served with lemon and aioli. It’s been on the menu since 2004 says restaurant director Maurice Terzini.

“The simplicity has allowed it to stand the test of time. We had some suppliers that would get these beautiful little gamberetti as a by-product and didn’t know what to do with them. Being from the Adriatic Sea [in the Mediterranean], we knew exactly what to do.”

The kitchen team removes the heads and dusts the rest of the shrimp in flour, salt, pepper and dried oregano. They’re then fried in oil heated to 180 degrees Celsius until crisp and light golden.

The end result is almost chip-like shrimp that are perfect to snack on with a shaved radicchio salad and glass of cold beer or natural wine while gazing at the salty, sunny Bondi ocean vista.

On the menu since 2000, Otto’s strozzapreti was created by the restaurant’s first chef, Nino Zocalli.

The recipe hasn’t changed over the years, although with head chef Richard Ptacnik now on board, the pasta is made fresh in-house every day.

“I love the dish and its complexities, but over time I’ve wanted to replace it, just to change things up a bit,” says Ptacnik “However, the outcry from our regulars was too much for us to bear, so we’ve kept it on the menu to keep them happy.”

The calamari ragu is made in a similar style to a bolognaise ragu, but calamari is substituted for pork and beef. This gives the dish a rich, tomato-y, seafood-infused base before Ptacnik adds chilli, prawns and black olives.

“I think that combination makes it memorable and even slightly addictive,” says Ptacnik. “It looks a little like a meat sauce when it arrives at the table, but packs a powerful punch to the tastebuds.”