The 2015 festival of indie beer is the biggest yet. 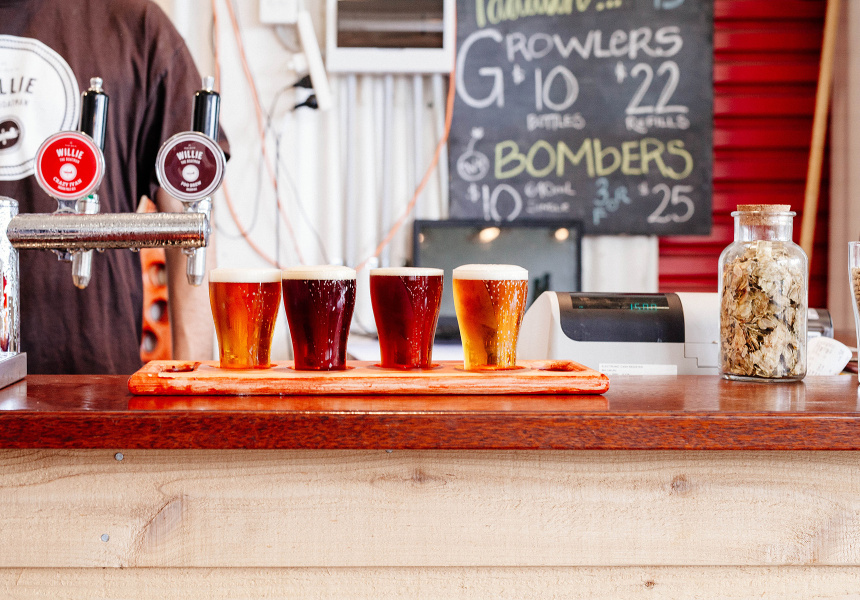 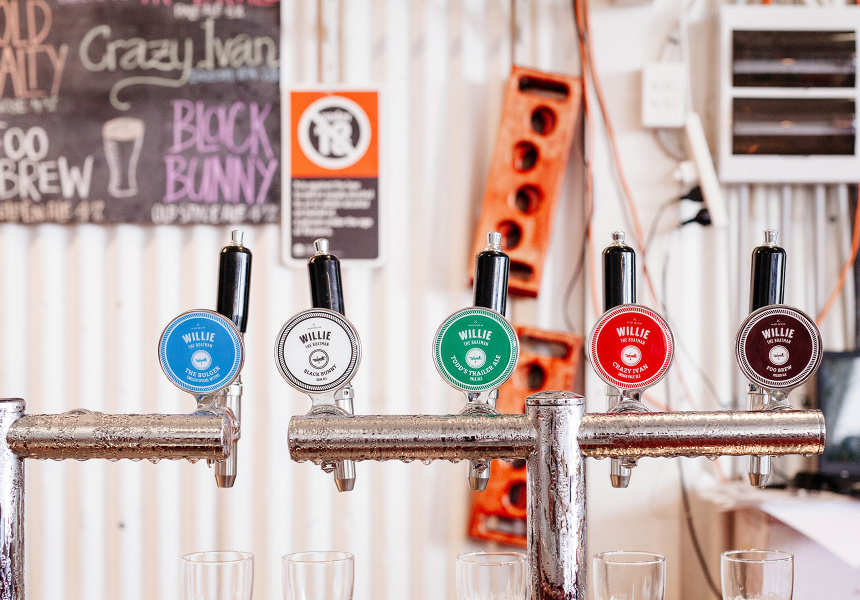 Celebrating its fifth year, Sydney Craft Beer Week returns this October. With 130 events taking place in 70 venues over nine days, the program offers a jam-packed line-up of events, whether you're a serious beer nerd or a casual ale appreciator. In addition to tap takeovers, brewery tours, and beer-and-food-matching dinners, the festival will set up its own official bar in World Square, host international brewers and have an interstate presence with venues in capital cities around the country showcasing Sydney beers. There will even be an official SCBW beer – the folks at Batch Brewing have prepared a double IPA exclusive to the festival. Getting around will be easier as well, with Dave's Brewery Tours taking care of the official SCBW bus.

So shine your stein, here are our picks for this year's festival.

Opening Gala
Following the success of last year's gala, the week will again kick off with a grand-opening night. The venue is yet to be determined, but the organisers are promising a star-studded evening of exotic ales from some of the country's most notable beer makers. There will be burgers and “weird” (the festival’s description) music. Attendees will receive a special, limited-edition beer-tasting glass to mark the occasion.
Venue TBC
7pm–midnight, October 16

Dessert with Two Birds
Jayne Lewis and Danielle Allen from Two Birds Brewing, Australia's first female-owned brewing company, will host an afternoon of desserts matched to a selection of craft beers. It will all go down in the colonial surrounds of the Empire Hotel's lounge bar in Annandale. Lewis and Allen will be in charge of the drinks, but they'll leave the treats to pastry chef and Masterchef 2013 contestant, Christina Batista.
Empire Hotel, Annandale
2pm–5pm, October 17

SCBW Oktoberfest
Get your tankards ready, because this year SCBW is hosting its very own Oktoberfest (for one day at least). Taking over the Giant Dwarf theatre in Redfern, the event promises a true German beer hall experience. Local brewers will be in attendance and will show off their own versions of favourite German beer styles, such as pilsners, kolshs and hocks. There will also be plenty of German drinking fare.
Giant Dwarf Theatre, Redfern
11am–10pm, October 18

The Boilermaker – Whisky and Craft Beer Matching
Whisky and beer? The folks from The Wild Rover love both, and they even love them together. To celebrate the pairing, the Rover is hosting a special night where the blokes from Batch Brewing will team up with Laura Hay from whisky makers The Balvenie. There will be tastings of beer and whisky, accompanied by some of the Rover's lamb sausage rolls.
The Wild Rover, Surry Hills
7pm–9pm, October 21

Beer Meat Axe
Axe-throwing and beer in the same sentence just doesn't sound right. Or maybe it makes just enough sense. Either way, the guys from Young Henrys and Willie the Boatman are joining to host a very special night of competitive axe throwing. There will also be some pretty serious barbeque action, and, of course, plenty of inner west-made craft beer.
Precinct 75, St Peters
5.30–11pm, October 23

The Lord Raglan Craft Beerlympics
Mountain Goat and Rocks Brewing Co present the first ever edition of the Craft Beerlympics. Winners will be decided in disciplines such as paper-airplane throwing, coaster chucking and the egg-and-spoon-and-beer race. The catch? Competitors must be holding a schooner in their hand during every event. There will be a live band afterwards and beer bingo all day.
The Lord Raglan, Alexandria
5pm–8pm, October 24

Garage Project's Riff Off at Frankie's
The SCBW festivities come to an end with a raucous party at Frankie's. New Zealand craft-brewers Garage Project will debut a brand-new beer, and The Dead Love, along with a host of support acts, will rock on into the night.
Frankie's Pizza, CBD
6pm–midnight, October 25

Tickets and more info at: www.sydneycraftbeerweek.com