The finest Canadian maple syrup is graded as Grade A or Number One if it has a clear and uniform colour, no fermentation and an untainted flavour. 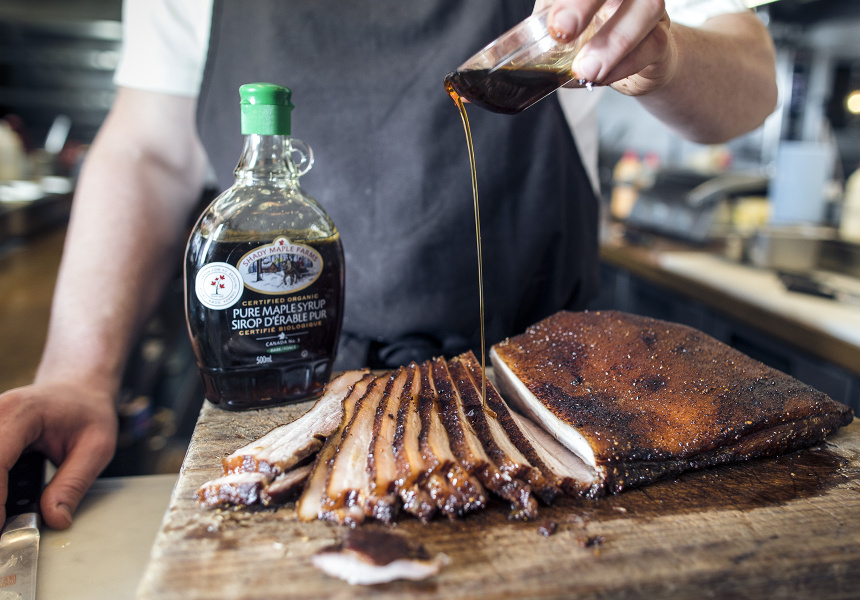 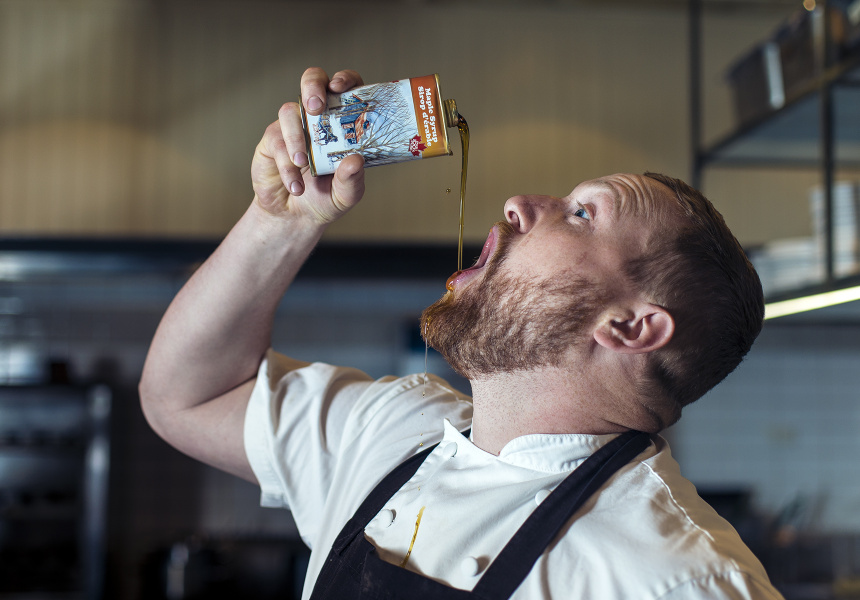 “It’s Mother Nature’s sauce,” laughs Canadian-born chef Patrick Friesen when asked what people love about Canadian maple syrup. “It’s just delicious and it’s such a rare thing. You have to tap the right trees out in the wild, the temperatures have to be just right to freeze at night and then warm up in the day to move the sap through the tree. It’s a very slow process and it takes loads of sap to make maple syrup.”

Maple trees need to be a minimum of 40 years old to give commercial sap quantities, and “loads” refers to the 45 litres of sap required to make one litre of pure Canadian maple syrup. This kind of history is familiar to Friesen, who grew up in the small Canadian community of Kleefeld, surrounded by the traditions and cultures of maple-syrup production.

“There were lots of French towns nearby, like St-Pierre-Jolys, and we’d go every year for the spring festival right after the syrup harvest. There’d be a trough with snow in it for the kids and they’d make lines of syrup along it. We’d get a popsicle stick and roll the syrup up into a lollipop [called a tire d’érable]. It’s the best.”

For Friesen – who says he uses buckets of maple syrup on his maple-and-dark-pepper-cured pork belly when it’s on the menu at Papi Chulo in Manly – the best maple syrup most certainly comes from Canada.

“Some Americans swear that they make the best in Vermont, but they lie,” he smiles. “At home we get it from the next town and they harvest it themselves.”

According to Friesen, the best stuff comes in tins, which are hard to come by in Australia. If you do find one, never be fooled by the look of the packaging. “Always read the label and make sure it does come from Canada and that it’s 100 per cent maple syrup, not pancake syrup [corn syrup flavoured with maple].” While grading has changed in recent years, the finest Canadian maple syrup comes from sugar maple, red maple and black maple trees, and is graded as Grade A or Number One if it has a clear and uniform colour, no fermentation and an untainted maple flavour. The Number One grade is further divided into extra light, light and medium. “The grades are about how much it’s reduced,” says Friesen, adding that each grade rates the strength of flavour, with his personal favourite being medium.

“It’s about more than the sweetness, it’s a full-bodied flavour. Like reducing stock; at the halfway point it’s already good, but it gets stronger as you go on.” The different strengths suit different uses, from light waffle topping to dark, sticky pork glaze. So what does he do with it when he’s off the clock? “I fry bacon and when it’s just about done, I pour two tablespoon of syrup into the pan. It’s amazing.”