It’s a spinoff of diner Soul Dining and also sells homewares and clothes by local Korean designers. Plus, house-made tofu, Korean pickles and sauces and barbeque kits to take home. 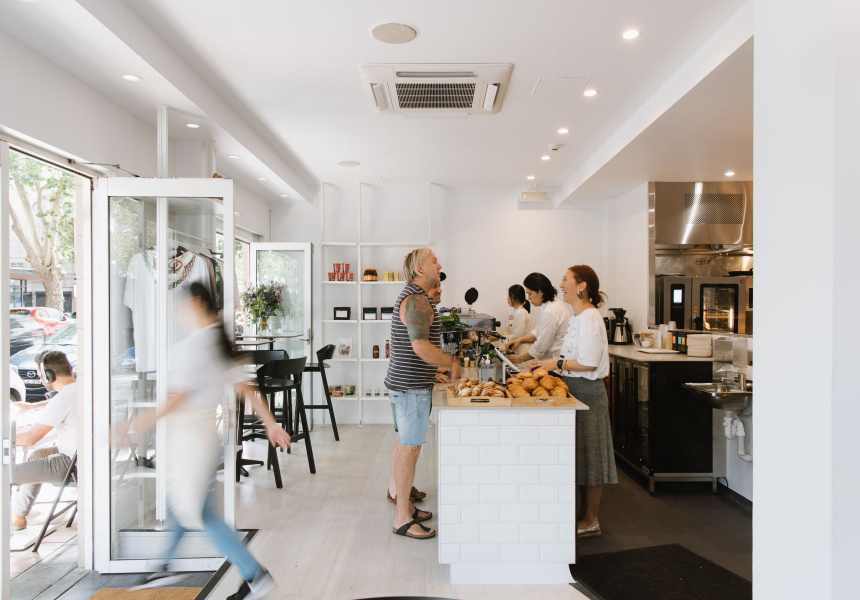 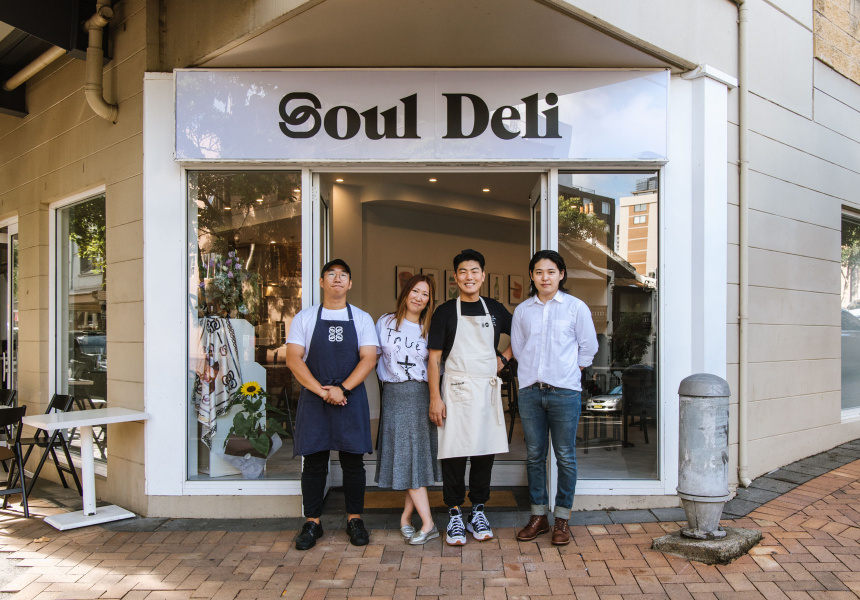 “Bowl by Soul proved very popular and the feedback made us realise there’s a strong appetite for Korean food and culture in Sydney,” Kim tells Broadsheet. “We decided to expand our business to introduce little known aspects of both to our customers.”

The result is Soul Deli, a Korean cafe combining sit-down dining and takeaway with a grab-and-go pantry of fresh and packaged Korean goods and a range of clothing, ceramics and art from local Korean artists.

“The rise of K-pop, K-dramas and movies like [Academy Award-winning] Parasite have made Korean culture interesting to many people,” says Kim. “The hallmarks of Korean food, culture and design are craftsmanship, attention to detail, subtlety and depth, and we wanted to turn the spotlight on those qualities as well as deliver a great customer experience.”

Lee, who is also Soul Dining’s executive chef, has created a casual menu featuring Korean dishes and cafe classics made with local produce. Think a KFC (Korean fried chicken) roll; sweetcorn kimchi pizza (a bit like a corn fritter, kimchi pancake and pizza hybrid, topped with buffalo mozzarella and herbs); a salty cod-roe omelette; house-made tofu salad; and a nourishing soybean stew with white kimchi. Smashed avo comes served with kimchi, and the kitchen recommends adding stir-fried kimchi to your bacon-and-egg roll. If you’re after something a little more substantial you can’t go past the Korean pork-loin schnitzel with mushroom sauce and rice.

The bowls that started it all are still on the menu, running from bowls with spicy pork belly or galbi (ribs), to a vegetarian “umamishroom” bowl. Coffee beans come from Primary Coffee Roasters, which is owned by Dan Kim, a Korean-Australian micro-roaster.

You might stop by for a bowl but walk out with a mug, a T-shirt or a scarf, courtesy of the array of Korean designers and artists whose work is for sale in the cafe. Australian-Korean fashion designer Stella Sin has created T-shirts and scarves under her label Bysin, and Woochang Kim’s Misty Island ceramics and pottery are also for sale.

The posters on the walls are by German-Korean designers Sunny Yang and Ohyun Kwon – aka Gute Form – whose imagery showcases Korea’s most iconic food items.

“During the development process we realised how many amazing Korean small businesses, artists and products there are in Sydney,” says Kim. “Soul Deli showcases them in different ways – some of them as product offerings, others as part of a collaboration.”

As for the pantry, “it’s similar to an Asian grocery with artisan and ethically sourced products, but it also has an element of fun stuff and iconic childhood favourites.”

You’ll also find a kimchi bar containing vegan red and white varieties, kimchi stir-fried in sesame oil, and seasonal goods such as chive and perilla leaf. Pick up Korean pickles, tofu made in-house, seaweed crackle and a variety of packaged goods, including the deli’s Korean sauces (vegan bulgogi sauce, fermented chilli sauce and an even-more-fiery chilli sauce). Plus, there are meal and barbeque kits, such as Lee’s signature beef short rib, which is prepared sous-vide-style and comes with galbi jus.

“At Soul Dining it can take up to three months to develop a dish, but at Soul Deli we can do things more fast-paced and on-trend, [such as the] food that you currently see on K-dramas,” says Kim. 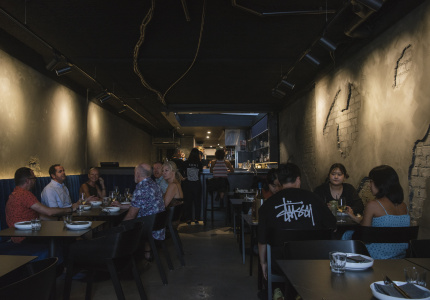 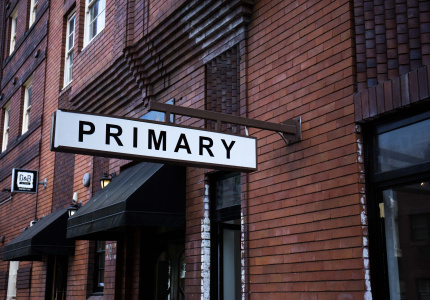