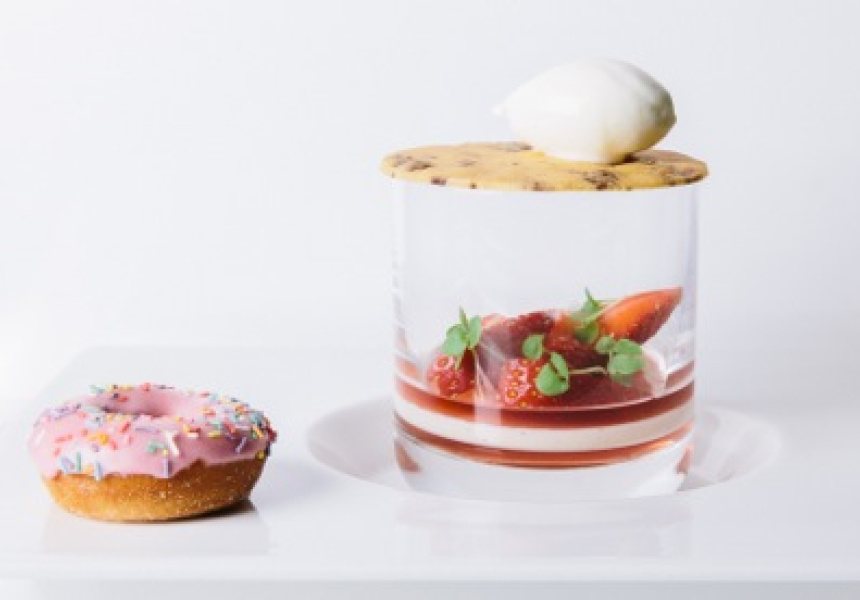 “I’ve come into the hotel to shake things up a bit,” says Polyviou. “Hotels used to be the place to learn. They were doing everything; festivals, show pieces, big events. I want to bring that back and make it a food destination for everyone.”

With that in mind, Polyviou has drafted a who’s-who of her chef friends to host a sweet event. “We hang out and have fun,” says Polyviou of the collaboration. “There’s a bit of a fun, competitive edge. This is not marquee shit, and there are no demos, just lots of fun. There’s going to be a bit of a karaoke boombox feel, nitrogen and B-boys and girls.”

We’re told to watch out for chocolate gardens, prizes from KitchenAid and street art on the night. There’s even going to be a sneak peek on Instagram the day before, with a little glimpse of what we’re in for.