It’s known for its fried chicken, but these doughnuts compete for best dish on the menu. 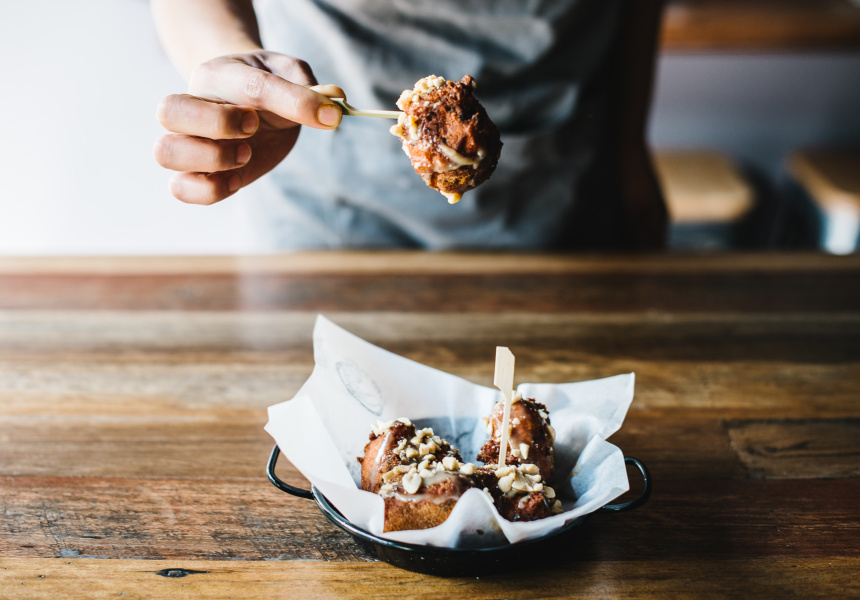 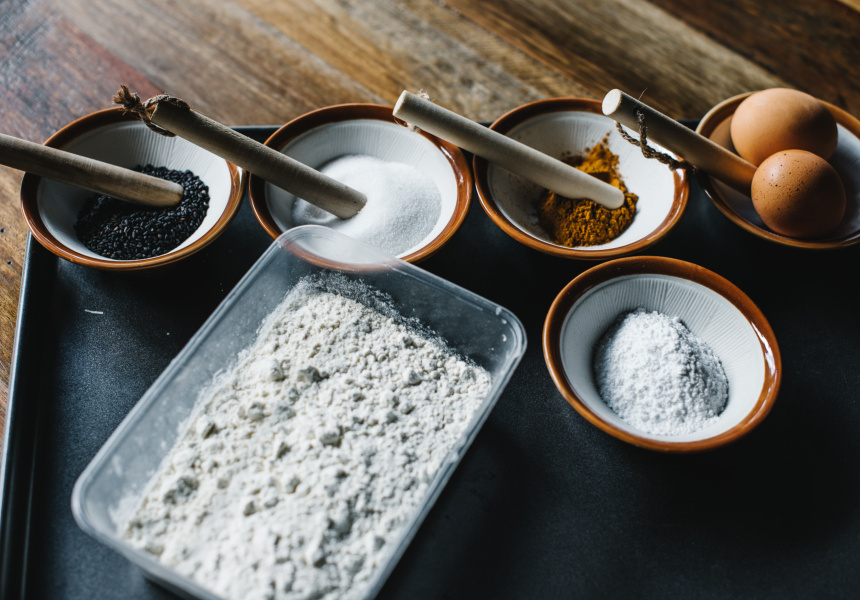 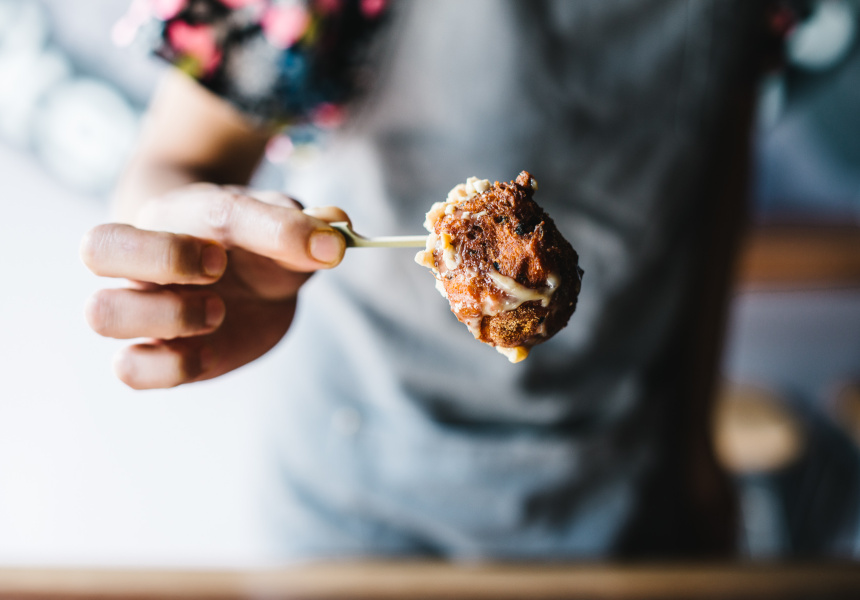 Chicken Institute opened in March with four types of fried chicken on the menu and a BYO-beer policy. It’s been packed ever since. It’s easy to keep re-ordering the chicken and end up too full for dessert, but the clever among us save room for the doughnuts.

It’s only one of two desserts as, “Our [Korean] sweet options are minimal,” says chef and owner Heaven Kim. “Koreans use sweet potato for sweet dishes. I thought if I put the caramel with sweet potato it might be too sweet, or a strange texture. So I tried to make something a little doughy and a little different.”

Place the unopened cans of condensed milk into a large pot and fill with water so the cans are covered. Bring it to the boil over a medium heat then simmer for 2 hours, keep topping up the water to ensure the cans stay covered,

While cooling them down to room temperature, soften the peanut butter in a pan over a low heat.

When the cans are cool, add the caramel and cream to the pan and simmer, reducing the mixture down. It burns very quickly, so keep stirring until the consistency is quite thick.

Bake or steam the sweet potato until it’s soft. Let them cool and peel the skin off.

Place the sweet potato in a bowl and add all dry ingredients.

Whip the egg white until it is fluffy and add into the sweet-potato mix. Add the black sesame seeds.

Heat the oil in deep pot until it’s 180°C. Make a spoonful of mixture and cook for 10 minutes until it’s golden brown. Repeat until it’s all cooked. Serve with a dollop of dulce de leche. 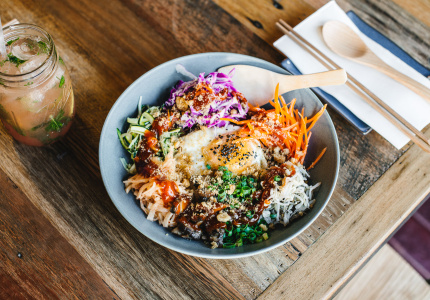