The seminal Sydney restaurant is closing after almost two decades – but this is not the end. 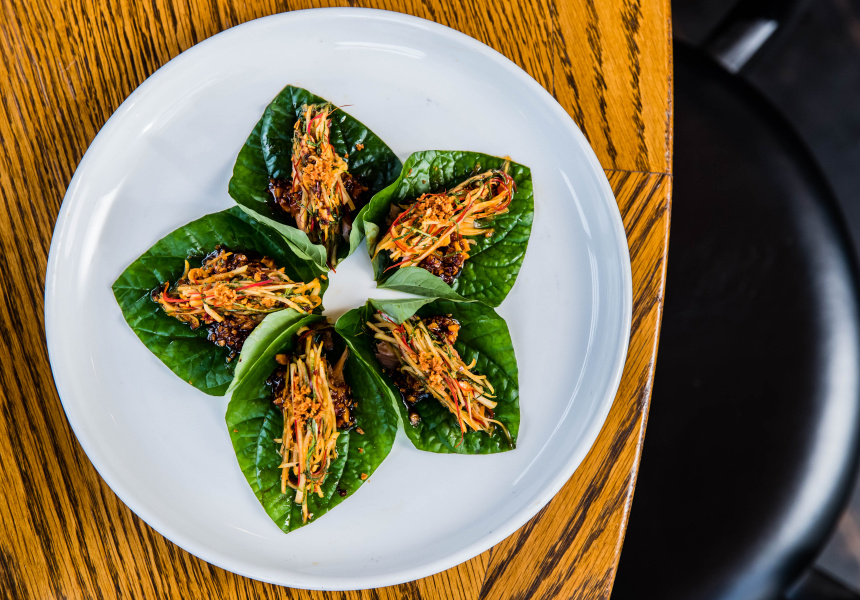 After almost 20 years of serving sophisticated modern Thai food, Longrain will close on June 30. Owner Sam Christie has decided not to renew the Surry Hills restaurant's lease – a venue now in a bustling drink and eating hub with other (recently opened) Commonwealth Street venues including Chin Chin and Poly.

When it launched in 1999, Longrain introduced Sydney to the possibilities of high-end Thai food and brightened the city's cocktail-drinking scene with its herbaceous "stick" drinks (cocktails made using a muddler to blend herbs, fruit and booze).

It spawned offshoots in Melbourne and Tokyo, and those will remain, with Christie saying in a statement that he's currently looking for a new, smaller venue elsewhere in Sydney. He sees the move as a positive development in the Longrain evolution.

"For the next few months Longrain is trading for business as usual through May and June," he said in a statement. "We really look forward to welcoming everyone back into the warehouse to dine and enjoy this beautiful space for the last time. You can always head to Melbourne and Tokyo for your Longrain ‘fix’ in the meantime.”

The news comes not long after another Sydney dining institute announces it will shut. Kylie Kwong said earlier this year she will close her Potts Point restaurant Billy Kwong. Sydney fine diner The Bridge Room also closed its doors last month after eight years in the CBD.

Longrain is slated to close on June 30.