There’s more to come, but its Irish roots will not be lost. 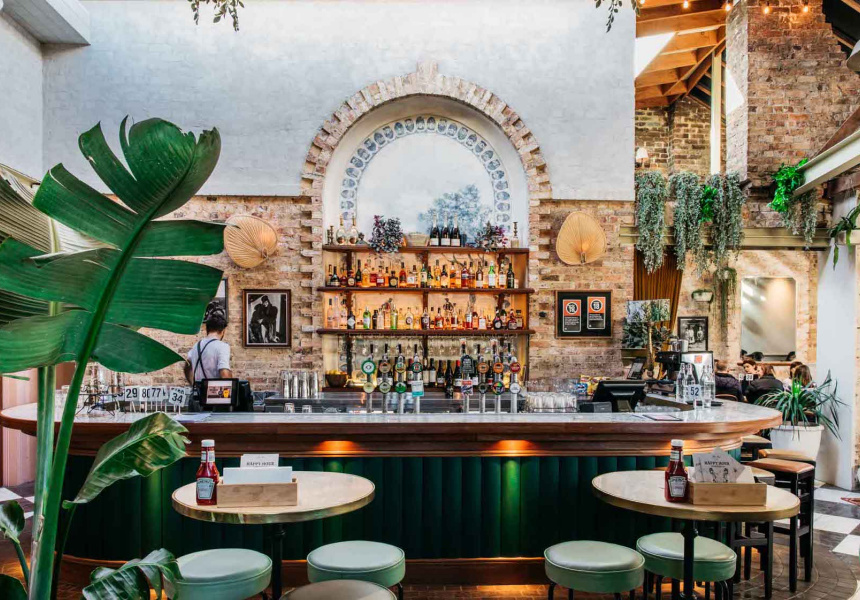 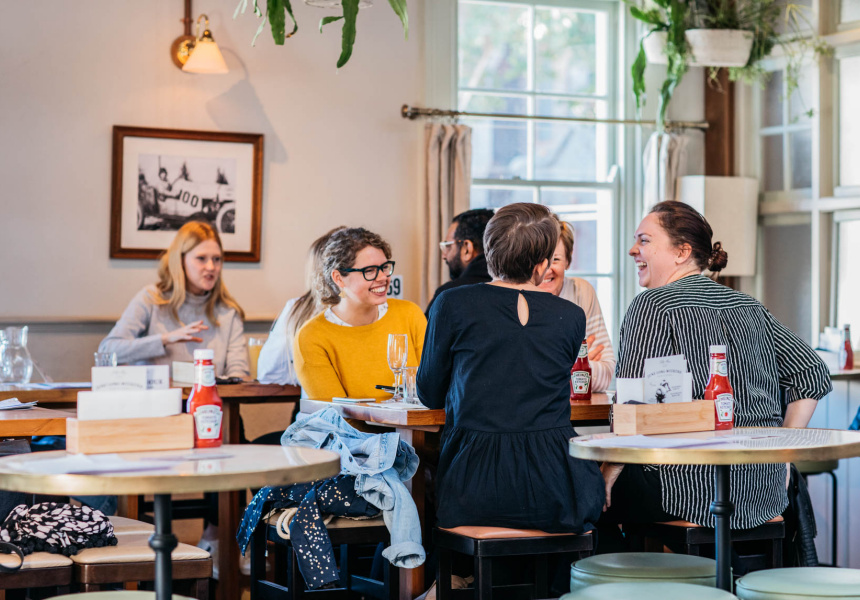 Crown Street’s long-standing corner pub Trinity Bar has been undergoing a makeover for the past year. While work continues on the downstairs bar, the first stage of the new-look venue – which will be renamed The Trinity Hotel when it’s fully completed – has opened upstairs.

The former function-room space has been overhauled to make way for the venue’s newest bar, Tilly May’s.

Dubbed the “worldly older sister” of Trinity Bar, Tilly May’s is named after two strong women who once ruled the local streets. Durham Atkinson, the licensee general manager of Calligeros Hotel Group (which owns the pub), references Sydney’s formidable underworld figures Kate Leigh and Tilly Devine (Darlinghurst bar Love, Tilly Devine was also inspired by the latter), as well as Annie O’Sullivan, who took over the Surry Hills pub (which was then called Somers Hotel) after the tragic death of her husband, becoming one of Australia’s first female publicans.

The pub has had a number of renovations and name changes since it opened in 1882, and the new bar is a good-looking addition. The warmly lit interior has exposed brick walls and timber ceiling beams, rich timber features, vintage detailing, lounges and a retractable rooftop (there’s also a 30-person private dining room).

Above the fireplace there’s a rotisserie spit. Atkinson says it’ll be used to cook large pieces of meat, including their Sunday roast (which comes with all the trimmings) and the 500-gram lamb shoulder served with eggplant puree and dukkah.

Pub classics, such as chicken schnitzel and a beef and Guinness pie served with mash, mushy peas and gravy, also feature on the menu.

At the curved bar you can order an extensive range of local tap beers, such as Badlands Draught Kilt and Crazy Ivan IPA from Willie the Boatman. There are lots of big-name Aussie wines on the list, including Torbreck, Petaluma and Hentley Farm.

When the downstairs is completed in July, the space will be renamed The Trinity, and Atkinson says the pub’s Irish heritage and more contemporary sports-bar feel will both be retained. “It’ll be a combination of an Irish pub and a Boston sports bar,” he says.

The Trinity is slated to reopen on July 1.