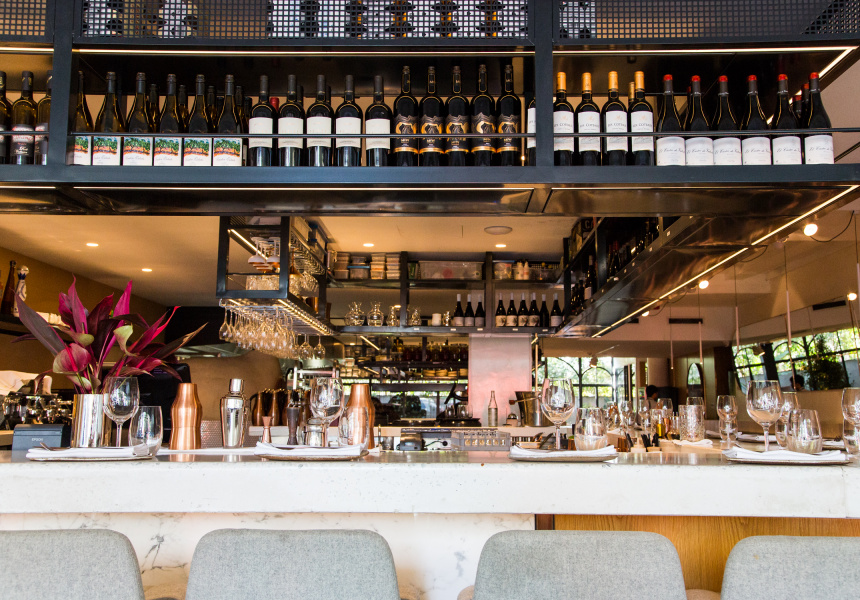 Nour has never been a place that quickly reveals itself. From the outside it’s not obvious that the Surry Hills restaurant serves the city’s most creative take on Levantine food (a region that takes in Jordan, Lebanon, Turkey, Syria, Israel, Greece, Egypt, Iraq and the Palestinian territories), and has been doing it since 2016.

Likewise, enter the handsome pastel-hued space and it’s not until you walk past the open kitchen and the wood-fired oven that you realise this is also one of the city’s prettiest places to dine – especially in the day time.

Now, following a chef change and the introduction of a new menu, it’s also become a place to eat one of Sydney’s tastiest and most interesting brunches.

Ben Williamson, who led the lauded Brisbane Middle Eastern fine diner Gerard’s Bistro, recently took over as executive chef, and Mike Dierlinger, from the recently closed Bridge Room, has joined him as head chef. They overhauled the menu and – excitingly – introduced brunch on Sundays. And what a deliciously drippy, oozy affair it is.

Take the fantastic Baalbek fried eggs. Three eggs are cooked so that when poked the yolk erupts over tahini yoghurt, which is slightly sour. It’s served with rich lamb awarma (meat that’s been preserved in a similar process to confit), and it’s all scattered over generously sized saj flatbread. Tear off a piece and jumble together a well-balanced creamy mouthful. “You get a sweetness from the spice, cloves and allspice, which is awesome. We want people to break a bit off and use their hands,” says Williamson. “We really want people to get their hands dirty.”

And we do. As co-owner Ibby Moubadder (Cuckoo Callay) clears away the wiped-clean plate and passes us new serviettes, he says it’s his favourite dish.

Williamson tells Broadsheet some dishes are traditional, like the manoushe. “This is the go-to Lebanese breakfast dish, and we’ve used traditional ingredients here.” But many veer off script; in particular the Baalbek fried eggs, and the crumpet. Here it’s falafel-flavoured and fried so it tastes (and smells) like one of the best Easter Show snacks you’ve ever eaten. A dollop of tahini is added and it’s served with pickled onions and herbs for balance.

The ful medames is very traditional. It might not look as pretty – it’s a bowl of braised fava beans after all – but it’s equally revelatory. It’s topped with a crumbed smoked egg and comes with a side of pickled onions, herbs and a cheek of lemon to lift the stew.

The brunch is also a stretchy affair. There are three types of manoushe (all cooked in the wood oven) but one comes with sujuk (spicy sausage) and stretched curds, an elastic mozzarella of sorts. The knafeh string-pastry dessert also comes with two types of pliable cheese, resting in a rose and orange blossom syrup and with a scoop of cold cardamom ice-cream on top.

Tea is a big feature of Middle Eastern meals and here it’s given a hit of booze. The sharing teapots are $36 – one with Earl Grey tea and bourbon (with baharat spice mix, apple juice, vanilla and mint), or a deliciously easy-to-drink gin number (lemon myrtle, nettle leaf, peppermint, thyme and liquorice root). There are also two types of Bloody Mary, one with smoked tomato juice, gin and citrus.

“It’s definitely not standard bacon and eggs, and I think we’ve taken a cool approach to brunch. It crosses boundaries and is super savoury. A lot of it is familiar but then it offers something really unique,” says Williamson.

This article first appeared on Broadsheet on 18 June 2019. Menu items may have changed since publication.