Find cauliflower and slow-cooked beef tacos, zesty tomatillo guac, and a spicy meat-juice sauce to dip everything in. Keep an eye out for specials, too: crispy quesabirria and lunch-time tortas. Plus, takeaway Margaritas. 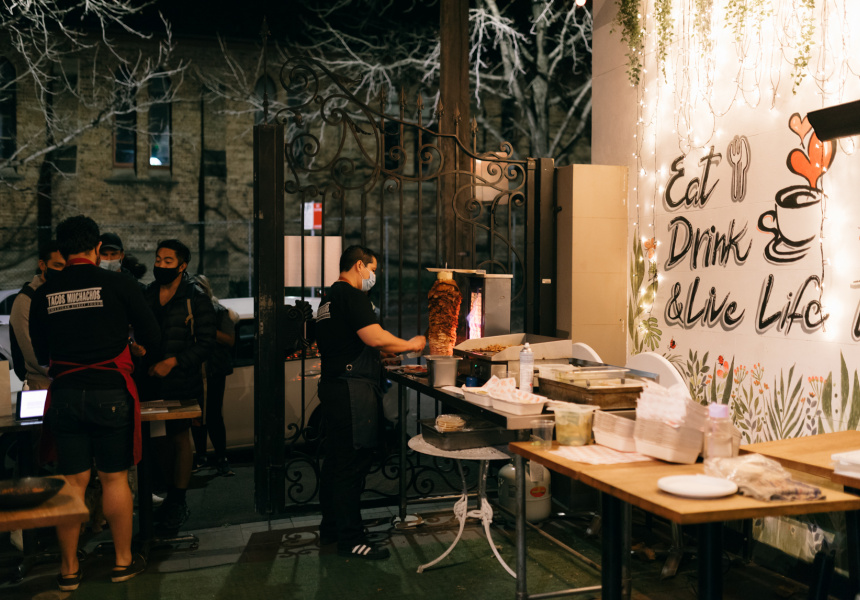 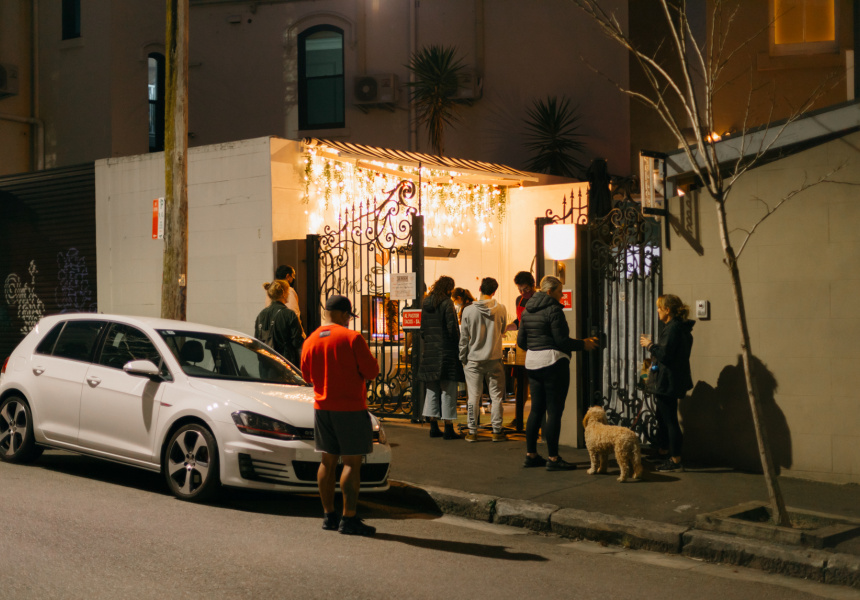 For a limited time, Surry Hills cafe Paddock has transformed into a makeshift taqueria. The Crown Street cafe has offered up its kitchen, from Thursday to Saturday evenings, to Daniel Hanssen and his Mexican street food pop-up Tacos Muchachos.

Australian-born Hanssen first developed a fondness for Mexican-ish cuisine during a few childhood years living in the United States in the late ’90s – though he admits the cuisine he thought of as Mexican was more Tex-Mex.

Returning in 2016 to live in Arizona, he found a new obsession with the cuisine via a hole-in-the-wall taqueria. “There was a place right next to where I was living and it’d be open until 4am, and then from 8am the next day … you’d go and they’d have so much energy. It was that sort of taqueria that made me think it’s more than just a good food experience; it’s an ambience.”

Hanssen hopes to replicate that vibe with Tacos Muchachos. And he’s gone all in. He quit his corporate marketing job to learn how to cook tacos and spent the better half of 2020 reaching out to various chefs and friends who were well versed in Mexican cuisine. The business launched with the help of Mexican chef Tonatiuh Arocha and his wife Jazmin Castaneda, who’s responsible for the supple handmade corn tortillas.

The whole experience is completely sans frills (in the best possible way) – from ordering at the cafe counter to actually consuming the food.

The bones of the menu are tacos, nachos and burritos, all with three core fillings: chipotle- and adobo-rubbed chicken; 24-hour marinated, four-hour slow-cooked beef; and adobo- and achiote-spiced cauliflower. Tacos are topped with a zesty guacamole that contains tomatillos, jalapenos and lime.

Specials are a preview of how Hanssen plans to expand the menu over time. When Broadsheet visits, it’s quesabirria tacos – a quesadilla-taco hybrid, fried to crispiness in meat fat – best consumed after dunking into the accompanying warm sauce of meat juices, chilli and coriander. We won’t judge if you can’t help tucking into it on the walk or drive home, sauce inevitably dripping down your chin.

Hanssen has also just introduced a weekly special: al pastor (spit-grilled pork shoulder) tacos marinated in adobo with pineapple and salsa. Demand for a lunch service has led to torta (sandwich) specials, available Saturdays only, featuring the likes of beer-marinated beef, refried beans, smashed guac and cheese. The tortas are a rare find in Sydney. “We even add a little bit of the birria consommé to toast it up for extra kick,” Hanssen says.

Sydney’s love affair with Margaritas finds its place here, too. Individual cups are $12, and served with a tajin-salt rim – or you can grab an entire bottle of the zesty liquid to take home.

“They seriously pack a punch,” says Hanssen. Agua fresca, a light Mexican fruit drink, sees hibiscus infused with water and served with a slice of orange. Booze it up by adding mezcal. Beer and Jarritos soda are available as well.

Post-lockdown, Hanssen hopes to find a more permanent set-up. But for now, Tacos Muchachos is popping up at Paddock until the end of August.