Sura by Ku, New on the Block

There’s a new face on Oxford Street, offering meals fit for a king. 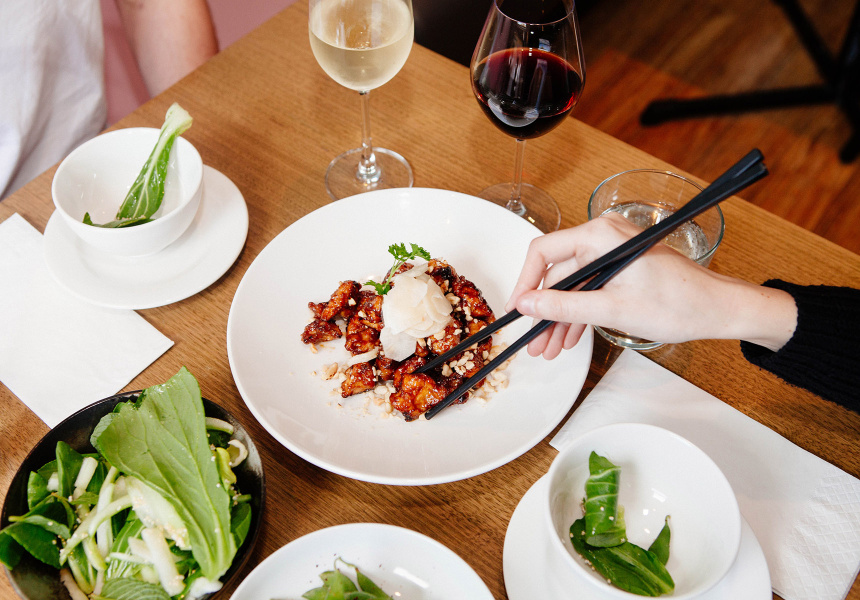 Once Claude’s, then Red Rabbit, now 10 Oxford Street has changed hands again. Husband-and-wife team, chef Sangkyu Ku and Julie Kwon, took over the Red Rabbit reigns back in March, but increasingly felt the need to put their own stamp on the place.

“It felt a bit like we were wearing someone else’s clothes,” says Kwon. “We stayed with Red Rabbit for a while, but two weeks ago we reopened as Sura by Ku.”

Chef Ku draws on his Korean background for the Sura by Ku menu, combining it with his experience working in fine dining (his previous positions include time at Bird Cow Fish and Guillaume at Bennelong). This is appropriate considering that while the new menu is built around casual dining, Sura translates to something like, “a meal fit for a king”.

Kwon describes the food as Asian fusion. Menu highlights include gochujang pork belly wrapped in soft tacos, or kimchi flash-fried rice topped with a soft-boiled egg. There have been aesthetic changes, too. The punchy red colour scheme has been toned down to the softer greys and blues that Kwon feels reflect Korean influences. With Red Rabbit so short lived, let’s hope that Sura by Ku has staying power. 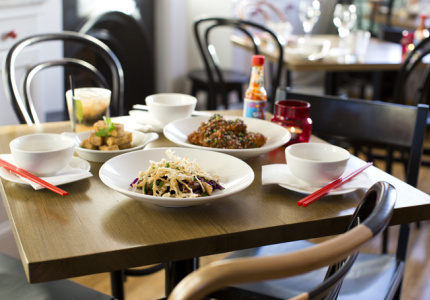