Cake Wines is providing a reason to give some long overdue love to Australia’s hard-working support acts. How? By giving you free wine. 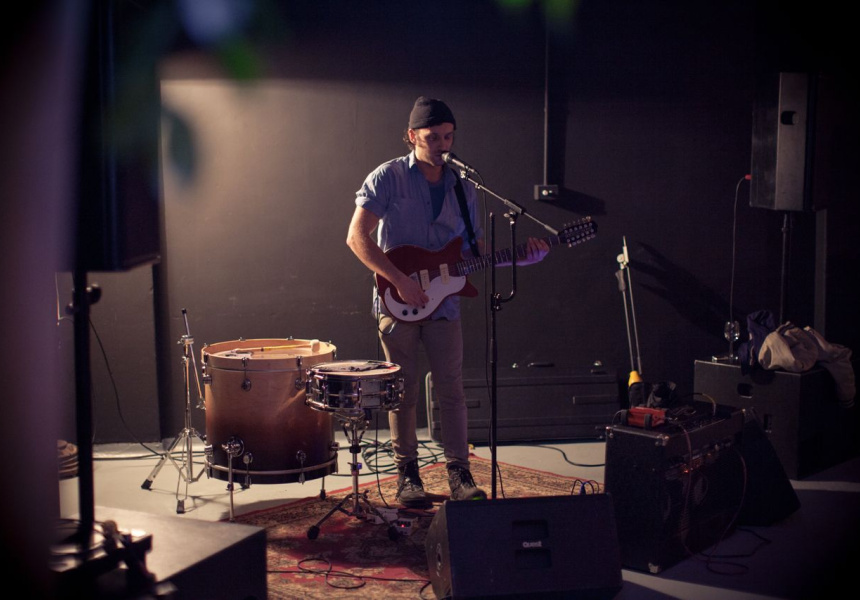 Imagine, for a minute, you’re in a local band. You’ve landed a support slot for a bunch of your heroes. You’re out-of-your brain excited. You spend hours practising, making sure you use your allotted 30-minutes to absolutely blow the minds of all the taste-makers, cool kids and record label execs sure to be in the crowd. You’re beyond psyched, right up until the moment you walk out on stage and see nobody but the bar staff up the back, polishing glasses.

Being a support act is hard: all that sweat and tears in bedrooms and practice rooms, only to spend the first months, maybe years, of your career playing to empty rooms.

It’s for this reason that local winemakers Cake Wines have launched an initiative called Support the Support, encouraging us to get to gigs earlier. You support the support act, they reward you with a glass of Cake Wine.

“By heading to gigs earlier and checking out the support act, no matter what happens, everyone wins,” says Glen Cassidy of Cake Wines. “The artist plays to a crowd, the venues that showcase live music are supported, there is a better atmosphere at the venue and just maybe, that little support band no one’s heard of yet could well be the next Radiohead or James Blake or Fugazi or Arcade Fire ... and you saw them first.”

Cake Wines’ program is rolling out across 35 venues around the country this month, including The Beach Road Hotel, The Basement and 616 Foundry.

Once inside one of these venues, all you need to do to redeem your drink is take a pic of the act on stage, post it to your Instagram tagging #cakewines and show the bar staff. You get a glass of wine, some warm and fuzzy feelings and the satisfaction of being nothing less than an integral part of the Sydney music scene.