Has the superfood trend gone too far? 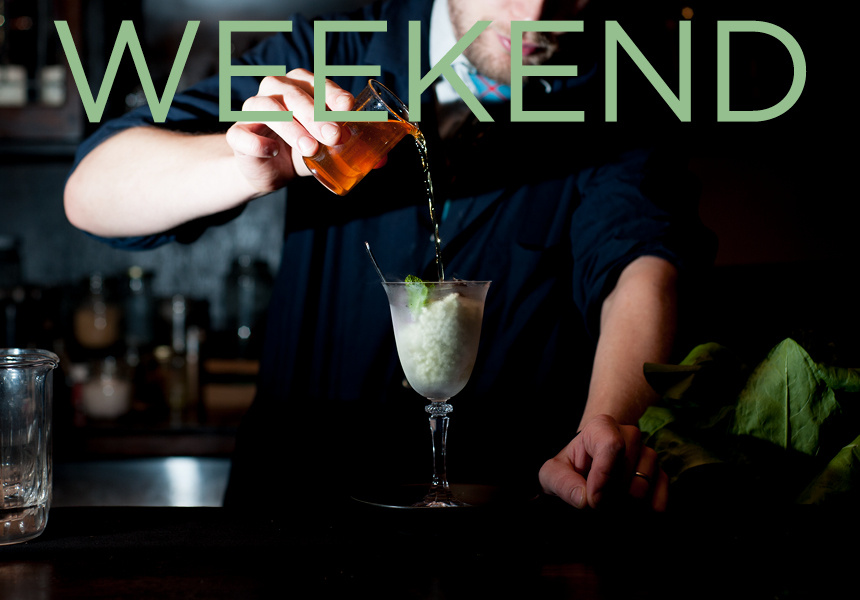 The superfood craze has gone too far. It’s infiltrated chocolate bars, burgers and soft drinks. You would think that if there were one place you could take refuge from amino acids and antioxidants it would be in a bar. That was until Apothecary by Eau-de-Vie launched its superfood cocktail degustation and ruined that safe haven for us all.

“Why do people drink vodka, lime and soda?” asks Phil Gandevia, also known as Dr. Phil. “Because it’s low in calories.” If this sounds like a joke, or a gimmick, it’s not. “People are becoming more health conscious, even with their drinking. We should be trying to make drinks that are at least a little healthier,” says Gandevia. We were optimistic but skeptical, so we sat down and put ourselves in Gandevia’s hands.

The degustation consists of three courses of booze-steeped superfoods. They start light, fresh and low in alcohol.

First up is the Ce la Vie [sic] made using organic, fair-trade quinoa vodka, gin, sherry, celery juice and fennel. Quinoa is pretty good for you – it’s high in protein, is a source of calcium and is gluten-free. Perfect for the lactose intolerant and for coeliacs. Unfortunately, once fermented and triple-distilled, the major feel-good factor is knowing the South American growers were paid properly. The health benefits of celery have long been the subject of wives’ tales, and fennel is known to be good in salads. Nonetheless the Ce La Vie is delicious, full of flavour and fresh. The celery, sherry and gin speak loudest. And because they kick-start a thirst, this is a fantastic aperitif.

Next is the gin-based Beg, Borrow, Steal, a, “gimlet-esque” concoction that Gandevia adapted from a drink at Eau-de-Vie. The superfood ingredient is the wolfberry (goji berry). On the menu it says the wolfberry, “Allegedly improves vision, protects the liver and strengthens weak legs.” If these claims are true, then let all drinks have wolfberries in them. The Beg, Borrow, Steal is sweet, viscous and textured. The sweetness is balanced by yuzu, a tart Asian citrus, with good aromatics from the inclusion of hibiscus tea. It’s garnished with various microherbs including coriander, which helps to cut through the boldness of the gin.

To finish is the Ofukuro no Aji. It is based on a fourth-century recipe for a restorative health tonic for digestion and is high in B vitamins. It’s a blend of aged Japanese spirits, rum and agave and it packs a punch. The superfoods are distinctly Japanese: amazake (fermented rice drink), matcha (green tea high in antioxidants) and kombu (seaweed high in iodine and amino acids). Here the degustation turns to theatre. “What would Heston do?” Gandevia quips as he pulls out a canister of liquid nitrogen and sets to making a sorbet. The spirit mix is poured over the crunchy, rock-like sorbet. As it slowly melts, the drink develops a pleasant, herbaceous quality. A few scoops of sorbet and a few sips of the liquid and you definitely feel better, probably because this is your third cocktail.

In the end, Gandevia concedes that the idea of a superfood cocktail is somewhat hypocritical. “Of course it is, and people point that out all the time,” he says frankly. “In the end, we are making great, unique cocktails that are fun, with interesting original ingredients and that taste really good.” He’s right, they do taste really good. So in the end, it probably doesn’t matter if they are good for you.

Superfood Cocktails are $20–$24 each; the full three-course degustation $60. Bookings are recommended.