The Temperance Society has cheap cocktails, craft beer on tap and (literally) the world’s best whisky. 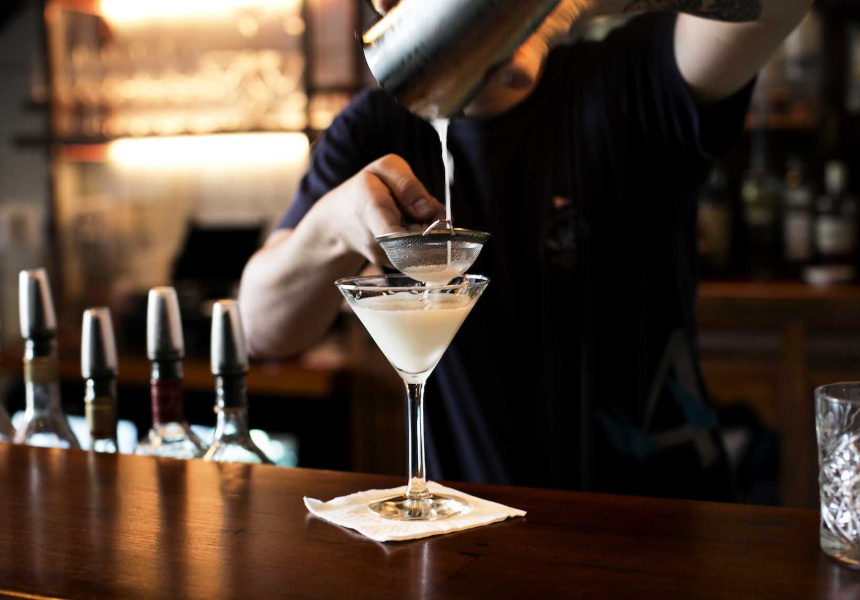 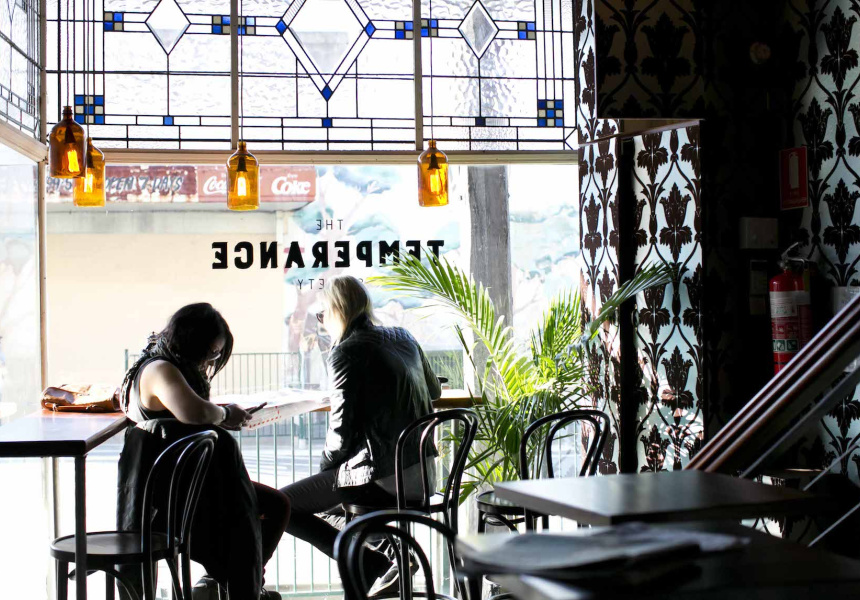 Summer Hill has had its fair share of openings over the past two years. Now residents also have somewhere to hang out at night. The Temperance Society is somewhere between a saloon and a library, not exactly trendy, but probably nicer and more comfortable than your living room.

It’s more affordable, with fewer bells and whistles than recently opened small bars, but the quality doesn’t suffer at all for it. “Our attitude toward this place from the start was to sell the best-quality products from our local area for the best price,” says co-owner, chef and everyman, Alex Fenshaw. He’s true to his word – the house wines are utterly respectable, while the rotating tap beers, all from within kilometres of the bar, feature Sydney brewing royalty with Young Henry’s cider, The Rocks Brewing Co’s lager and a white ale from Batch.

They’re well matched with a simple and bread-heavy menu of bar snacks and antipasti platters. Favourites are a pate-like rabbit terrine and the cheese-and-pickle board with produce from Cornersmith and Hunter Valley Cheese. For now it’s only cold-kitchen snacks, but Fenshaw hopes to invite chefs in for cameos.

At the other end of the menu is the 525 barrel vintage of Sullivan’s Cove, which was awarded best single-malt whiskey on the planet last year. Everyone wincing at the $68 per glass price should know there were less than 500 bottles of this masterpiece made, and this is the only place in Sydney you can get it. “When I first cracked that seal I felt sick. I just had this anxious feeling that came over me. What have I done? It was a virginity moment. This can never be the same again.”

The cocktail list is impressive for the first-time bar owner. There’s a zesty Chambord and Bitters Champagne cocktail and an inventive cold-drip coffee martini with Mr Black’s cold drip coffee liqueur, koko noir, Grey Goose and Gomme; all are named after Summer Hill characters and streets.

The idea of opening a small bar in Summer Hill was so popular with locals, Fenshaw got inundated with offers of help. “‘I'll come in and scrub the floor’, ‘I'll pull staples out of the floor’ – people did all the horrible jobs I was dreading. Like scraping 15 years of fat out of the extraction fan,” says Fenshaw. Most incredibly, the local sparky, despite being a teetotaller, refused to take a penny for his work. “He kept saying that he recognises that this is somewhere people will come and meet and we don’t have something like that,” says Fenshaw.