This chef has been modifying a sushi dish for 20 years. Find out why in our new video series.
by Emily Naismith
Share

Chase Kojima, head chef at Sokyo, grew up in his father’s restaurant in San Francisco, helping out in the kitchen from as early as he can remember. He never thought he’d be a chef after seeing the long hours his dad worked. This changed when he threw together a staff-meal using leftovers. His father was impressed by the sauce his son created, and praised him. Kojima was shocked – he couldn’t remember ever receiving compliments from his dad before. This inspired in him a desire to recreate this feeling in other people eating his food.

Watch the video above to hear Kojima tell his story while making his tai ceviche dish from Sokyo. 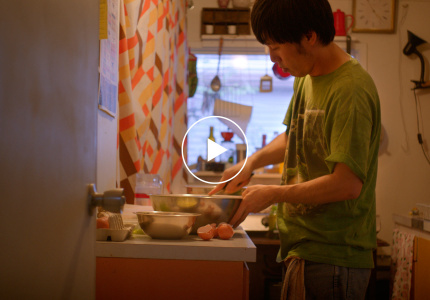