Turmeric lattes are suddenly all over cafe menus and Instagram. But they’ve actually been around for a long time. Why are people drinking them, and will the adoration last? 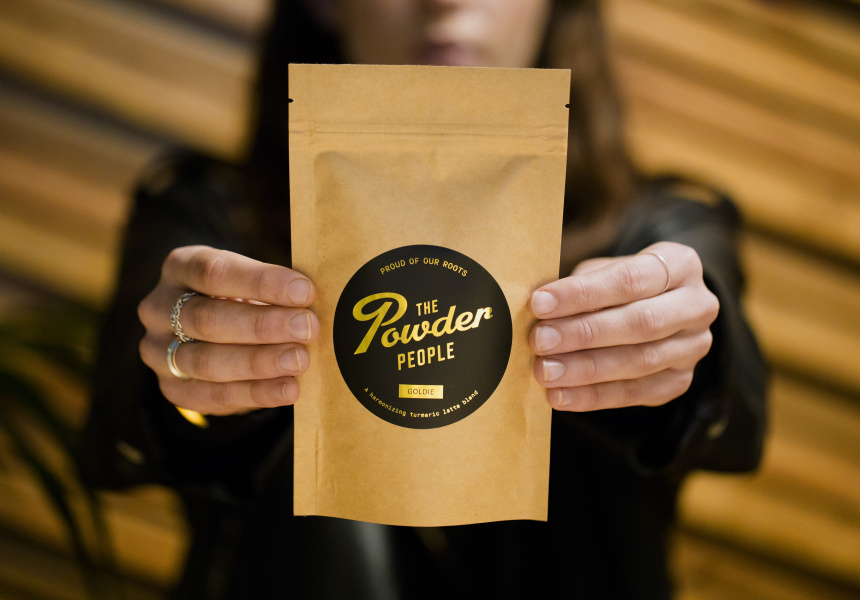 It’s time we sorted this one out: what’s the deal with golden lattes? Turmeric-based milk drinks, affectionately called golden milks (or mylks); turmeric lattes; or golden lattes, are sitting next to traditional espresso and tea options. It’s not the only alternative latte popping up – you can also find beetroot, mushroom, matcha, taro and blue algae lattes – on cafe menus across the east coast.

“In Hindi, they call it haldi doodh, which translates to turmeric milk. And that’s literally what it is,” says Vidya Raman, the owner of Nalini’s Wholesome Streetfood in Bondi Junction. “My mum used to make a milk for me every night before going to bed. It was pretty much turmeric, milk, pepper, honey and some spices. Now it’s become a trend and people are making it their own.”

What was once seen only as “a poor man’s drink for his children”, as Raman describes it, is now entirely in vogue. They’re popping up all over Instagram in bright, frothy incarnations, alongside #healthy, #superfood or #vegan.

Two make-it-yourself turmeric blends packaged in resealable pouches have launched recently in Sydney and Melbourne. The Powder People in Sydney is by Michelle Hughes and Timothy David of Venus Wholefoods and nurse Natalie Packer. Melbourne-based Golden Grind is owned by Renwick and Tahli Watts and Sage Greenwood (former owners of Evolve Fairfoods Store). Golden Grind offers a 105-gram pack at $19.95. The Powder People sells a 90-gram “Goldie” for $19.95. Both groups are well aware of the power of social media, and have used their existing following to launch the brands.

The lattes – made with cow’s milk, coconut milk or nut milks – are considered healthy because of the turmeric, cinnamon, ginger and a variety of other spices that compose the base mixture. It’s a matter of balance, and a considered one: it’s believed some spices, such as black pepper, help to absorb the essential nutrients of the turmeric, enhancing its anti-inflammatory and immune-system-aiding qualities. The blend is as much a flavour kick as it is a health one, according to some.

Raman’s Ayurvedic herb blend has cardamom, clove, ginger, nutmeg, turmeric, pepper, cinnamon, brahmi and ashwagandha (Indian spices) the latter which, according to Raman, “the power of a thousand horses”. It is made with a coconut-and-almond-milk blend.

“There’s a trend towards people being dairy intolerant,” says Raman. “According to Ayurveda, it’s better for the body to absorb real cream and animal products, but we made the decision to go fully vegan because there’s an increasing intolerance towards animal dairy,” she says.

“The health benefit is almost secondary,” says Raman. “It’s actually a nice [coffee] substitute in winter.” For both groups, interactions with health-conscious consumers seeking a coffee alternative kicked the turmeric-latte concept into gear.

“We opened with that on the menu and then we had people buying a few of them a week. Fast-forward 18 months and [turmeric lattes] were far outselling tea or chai,” says Tahli.

“Turmeric lattes have been on the menu at Venus for a few months now, and both cafe regulars and newbies love her,” says Hughes.

According to those on the inside, your punchy, yellow beverage is trend-safe for now; Raman, Watts and Hughes don’t think the turmeric latte is going anywhere. Nalini’s sold out of a 10-litre pot of turmeric milk last Saturday.

“I just think we’re about 200 years behind Eastern-medicine culture, and the sooner it catches on here, the more and more we’ll see it becoming a part of our lives,” says Tahli.

“Turmeric is the superfood in the spotlight – but all for good reason, and it’s here to stay,” says Hughes. 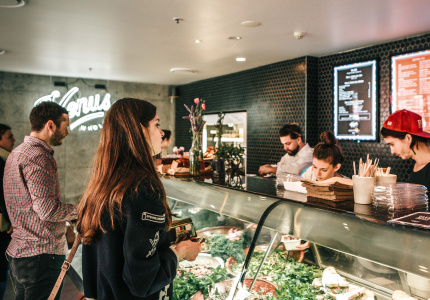