While the convivial staff meal is an opportunity for workers to unwind after lunch service and refuel before dinner, our visit to Sydney’s busiest Chinese restaurant proves it can also be a high-stakes occasion with geopolitical consequences. 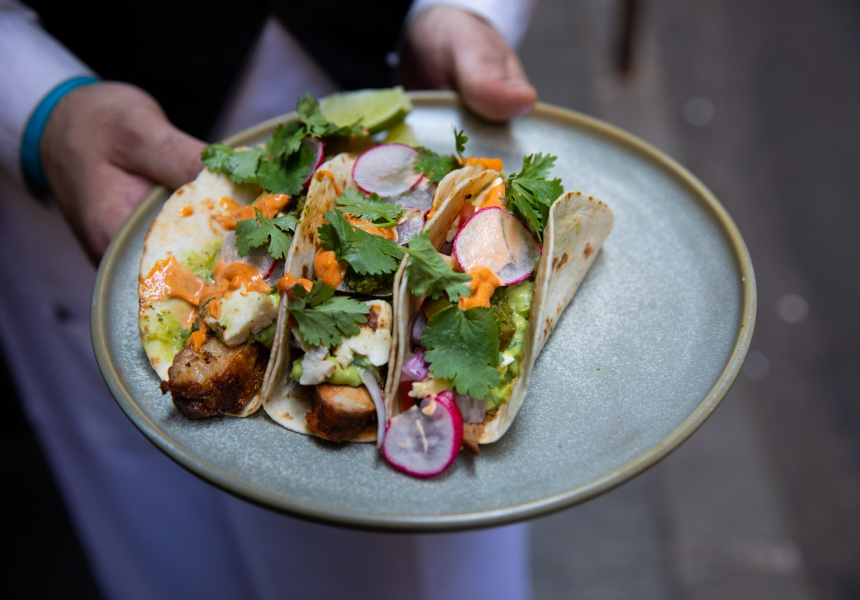 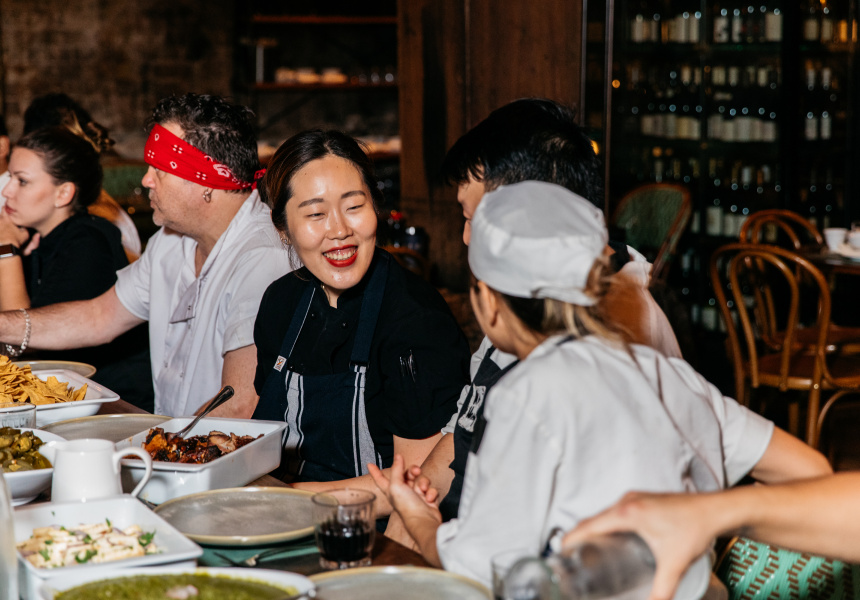 Mr Wong is one of Sydney’s busiest restaurants and does an average of 900 covers a day. But at 4pm the lofty downstairs room is filled only with empty tables and the soulful belt of an Etta James torch song. The lunch rush has come to an end, and business-attired networkers have sheathed their company credit cards and gone stumbling tipsily into the humid Sydney afternoon.

As the song echoes its final refrain, a procession of chefs marches down the stairs, each holding a white bowl, platter or dish. On them are piled slabs of slow-cooked pork shoulder, flour tortillas, pickled green tomatoes, salsa verde, grilled haloumi, radishes, guacamole, grilled corn and chilli sauce: the components of today’s staff meal.

While Mr Wong tends to avoid much of the cuisine-blending whimsy executive chef Dan Hong so effectively deployed at Ms G’s – the other restaurant he oversees – the traditionally skewed Cantonese eatery is steered by a diverse collection of chefs.

Today it’s Korean-born senior chef de partie Grace Yun’s turn to prepare the feast, and while she’s previously used her Tuesday afternoon slot to indulge in her national cuisine, there’s been a recent geo-political shift in the kitchen. Today she’s trying to impress a contingent of Mexican chefs recently adopted into the Mr Wong family.

“They’ve been teaching us about different chillies and different sauces,” Yun says. “I’ve been practising, but everything I make, they’re never happy. They never smile.”

The pork, Grace explains proudly, has been marinating for two days in a spice blend she’s been working on, then cooked overnight. As the rest of the kitchen file into the dining room and take seats at the long table set up down the centre of the room (only the bar team keeps itself separate, seemingly more at home sitting at the bar), she surveys the spread with a combination of pride and nervousness.

“There’s a competition for who makes the best staff meal,” Yun says, hinting at the stakes at play behind the facade of this extravagant familial meal.

Despite the nerves, this Mexican feast prepared by a Korean chef to an internationally diverse room of staff in the middle of a Chinese restaurant in Sydney disappears quickly. The bowls and platters are soon emptied, additional tortillas deployed to scrape up the remaining spots of guacamole and pork. And, as Ella Fitzgerald launches into April in Paris, the room is filled with satisfied smiles. Even from the Mexicans.

Method
This recipe must be started 2 days ahead of time.

Wash the coriander stems and roots thoroughly to remove any dirt. Place the coriander bunches in a food processor with the leek, spring onions, lime zest and juice. Blitz until it forms a smooth paste.

In a medium bowl, mix together the salt, sugar, paprika and ginger to make a spice rub. Transfer about half to a dry, airtight container and set aside for later.

Combine the remaining spice rub with the coriander paste, and rub all over the pork. Wrap the pork in cling film and refrigerate overnight.

The following day, place a drying rack on a baking tray and put the pork on top. Apply the remaining spice rub all over. Turn your oven to 62° or as low as it will go and place the pork inside. Cook for 8–12 hours, until the internal temperature of the pork is at least 90°C and the meat is falling apart.

Remove the pork from the oven, pull apart between two forks and serve with the radishes, coriander, tortillas, guacamole and hot sauce.