Known for its combined passion for fashion and coffee, the team behind The Stables opens its first dedicated cafe space in Newtown. 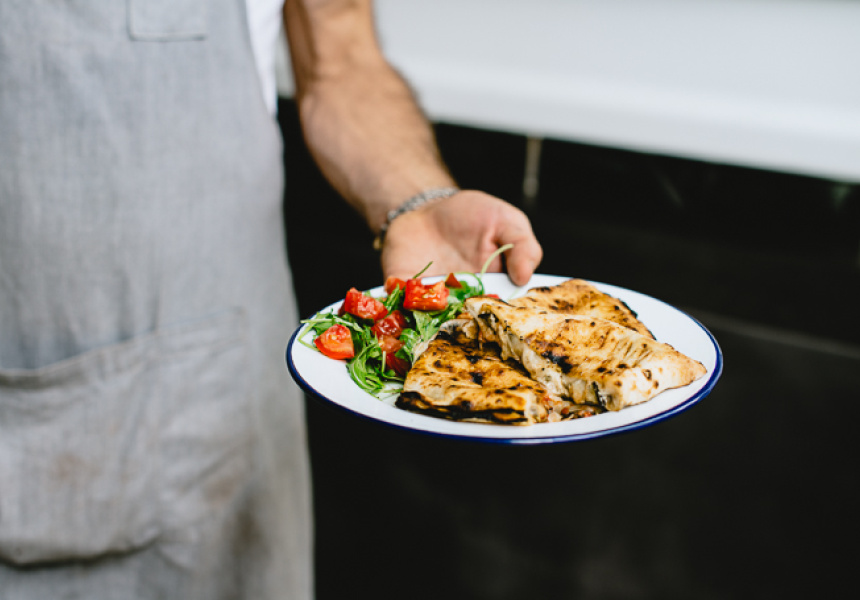 You might think that Newtown already has its fair share of cafes, but there’s always room for one more when the team behind it is as dedicated to quality and style as this one is. Enter 212 Blu on Australia Street in Newtown, opening quietly on Boxing Day when most of us were still recovering from Christmas excess. 212 Blu has been brought to the backstreets of Newtown courtesy of Tobin Ventham and the rest of the group behind The Stables, a venue already firmly entrenched in Surry Hills and Bondi (though their Bondi offering is set to close at the end of February) with its fashion/coffee offerings. Ventham and the crew fell in love with the new location when they saw it – but it took imagination and elbow grease to see its potential.

“It was a solicitor's office before we got to it,” says Ventham. “It was all covered up with venetians. When we first went in we saw the high ceilings – but the tiles had been painted over. We could see it was a great space though, and we just scraped it back and lit it.”

What they revealed when they did are some glorious vintage butcher’s tiles.

“We did all the work ourselves – I stripped the paint and we brought in the people and friends of The Stables to create it.”

Add to that coffee by 5 Senses, with rotating single origins on pour over or three-hour cold drip, an urn of raspberry coloured Egyptian iced tea, cinnamon bircher muesli with berries, a 212 board with jamon, roasted onion and strawberry salad, or a ‘hamwich’ with baked corn and you’ve got a cafe that can easily hold its own among the Newtown crowd.

And the name? “Well, the Newtown Jets are blue, and the cops are just on the corner here. It was a name that came up and we all just liked it,” laughs Ventham.